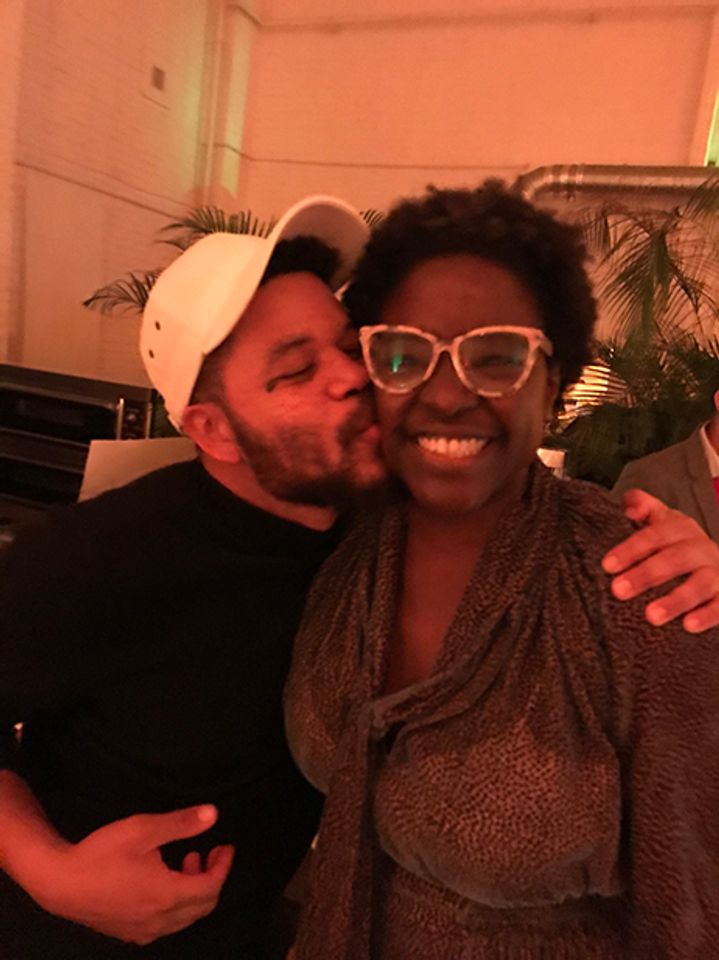 The outer reaches of Tottenham are not the most familiar territory for art worlders. But last Friday a lively posse were lured up to the north of the city by promises of a family-cooked dinner in Oscar Murillo’s studio to raise funds for The Showroom—a not-for-profit art gallery in Marylebone, London.

The Fun-Raising Feast was hosted jointly by Murillo and his friend and Showroom director Elvira Dyangani Ose and featured a lavish spread of Colombian fare cooked by Murillo’s aunt Maria-Eugenia in the lofty setting of the artist’s capacious factory studio. In evidence were many artists from Collective Intimacy—the Showroom’s live programme that launched in collaboration with Theaster Gates at the Vinyl Factory this October. These included the musician Peter Adjaye and the artist Phoebe Collings-James who produced a strong DJ set, along with the Hayward Gallery's senior curator Zoe Whitely, the poet Julian Knox and the singer Bumi Thomas.

Also enjoying the abundant home-cooking was Elvira’s fellow Turner Prize judge, the Gasworks director Alessio Antoniolli and Murillo’s fellow Turner Prize winner Tai Shani, who all marked the end of a week that had resulted in the most momentous Turner outcome in recent history. Another talking point was the artist-donated raffle with works by Theaster Gates and The Otolith Group (who received a 2010 Turner Prize nomination for their Showroom exhibition). Murillo also distinguished himself as the "host with the most" by leading a flurry of impromptu and vigorous bidding on Alfredo Jaar’s print Gold in the Morning (1984), which further added to both the funds and the fun of the evening.