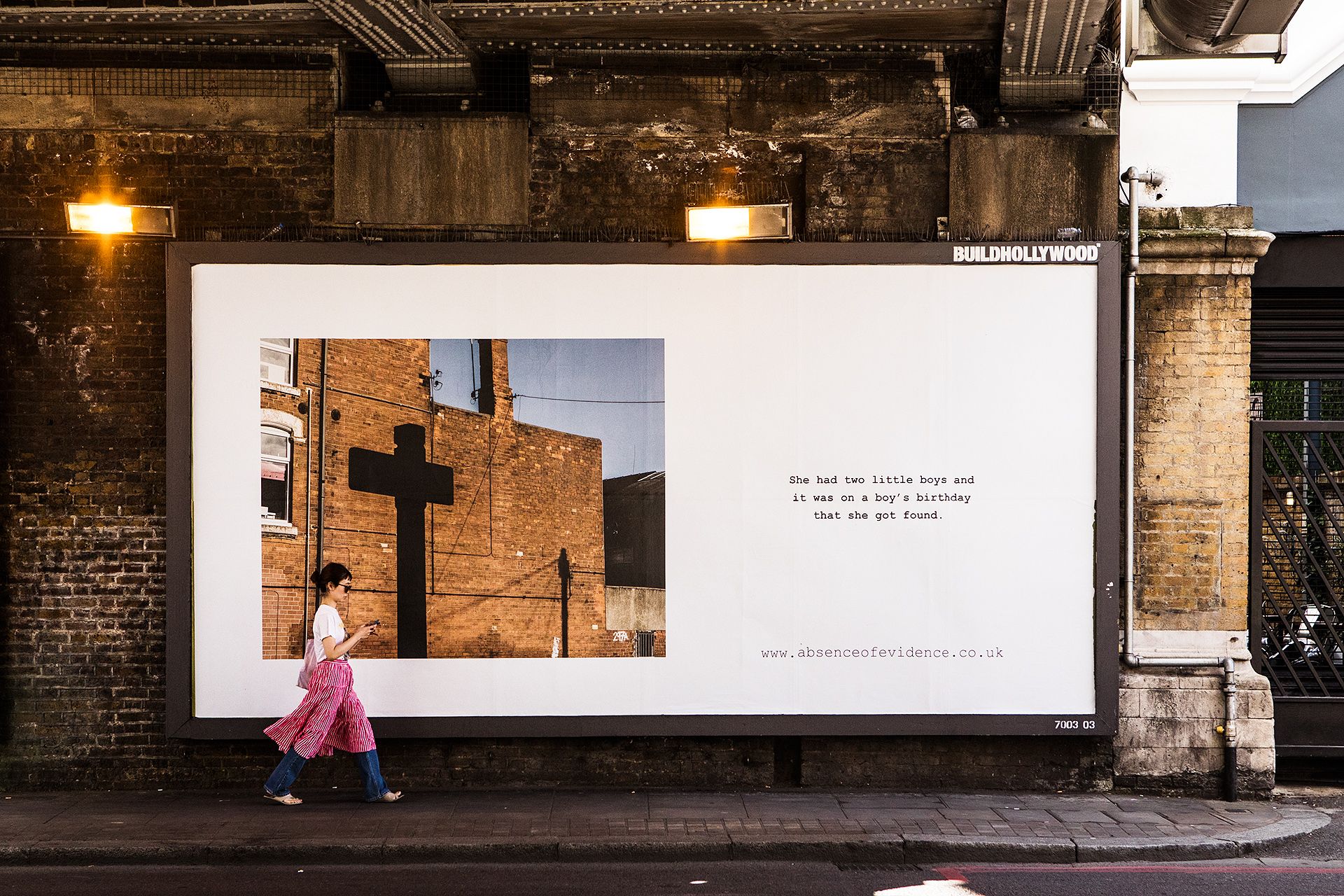 Sex workers have always been among the most vulnerable members of society with the current situation of the coronavirus (Covid-19) crisis only serving to exacerbate their hardship and add yet more urgency to their situation.

Now a collective of former sex workers from Hull in east Yorkshire, England, have collaborated with the artist duo Julie Henry and Debbie Bragg—AKA Henry/Bragg—to produce Absence of Evidence, a public art project that commemorates 14 of their fellow sex workers who have died over the past four years. The project consists of 4 billboards as well as posters displayed across the streets of Hull and in public sites in London’s Shoreditch and Soho. They feature photographs taken by both the artists and the women, accompanied by fragments of conversation recalling the women’s time working on the streets.

The collective, who go under the name of Untold Story—Voices describe the project as “a silent scream to all the people previous in our lives who’ve passed judgment on us because of the dark places we’ve been through drugs, prostitution and abuse.”

The billboards depict the most mundane of overlooked places: a scruffy street corner, a back street alley, a litter-strewn graveyard, a patch of wasteland, an abandoned parking lot. But these seemingly innocuous locations are where the women worked, and where serious violent crime often took place. The situation of Hull’s sex workers became especially precarious when Hull was chosen as City of Culture in 2017 and the local council’s punitive measures drove the trade further underground, resulting in even more dangerous working conditions and attacks on women.

“We wanted this to be a journey around the old places we shared, a mapped memorial to friends and the other women we know who haven’t made it” says the collective, while the artists observe that “the act of taking photographs, with the physical barrier of the camera between the women and the subject allowed them a level of detachment…continuing on their journey to alleviate the scars of the past.”

By taking Absence of Evidence not only onto the streets of Hull from where the project originated but also to the London locations of Shoreditch and Soho, the latter traditionally the capital’s red light district, it is hoped to highlight this overlooked workforce and to provoke discussion around the decriminalisation of sex work.