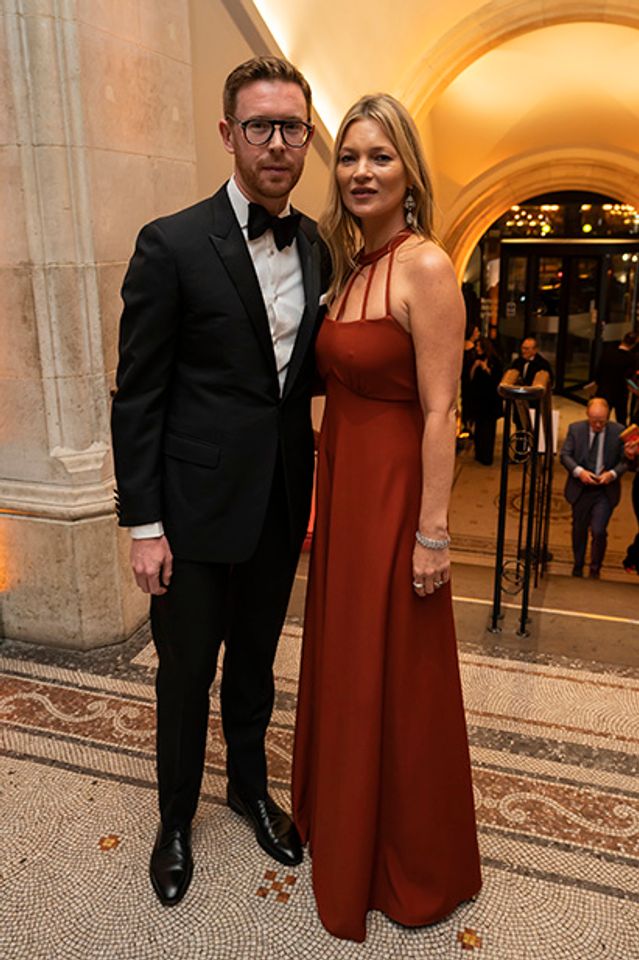 The prize for the London art world’s most glamorous fundraiser has to go to the National Portrait Gallery’s Portrait Gala dinner on Tuesday, co-hosted by the NPG director Dr Nicholas Cullinan and Vogue UK's editor-in-chief Edward Enninful. This upped the celebrity ante to the max with a 450-strong guest list ranging from the queens of fashion Naomi Campbell and Kate Moss, to the future Queen of England (and NPG patron) the Duchess of Cambridge. Joining them were a large roster of artists, including Phyllida Barlow, Jenny Saville, Michael Craig-Martin, Lynette Yiadom-Boakye and Elizabeth Peyton, who has a solo exhibition at the NPG this Autumn. Also present was Martin Parr who is currently showing at the gallery, causing Nicholas Cullinan to joke that “we range from Katherine Parr to Martin Parr.” Designers Erdem Moralioglu, Oswald Boateng and Duro Olowu were in attendance, as well as Victoria and David Beckham.

The dinner took place throughout the second-floor galleries to support Inspiring People, the gallery’s £35.5 million refurbishment project by the architect Jamie Fobert, who was also among the diners. In his welcome speech Nicholas Cullinan described the NPG as “the nation’s photo album” and declared that as well as redeveloping its London site it is also the NPG’s core aim to be a “truly national gallery for everyone.” To this end, he cited the gallery’s ongoing initiative to lend key portraits in the collection back to the places where the sitters are most associated, including returning Hockney to Bradford, Emin to Margate, Francis Drake to Plymouth, Stormzy to Croydon and—hopefully—David Beckham to Essex. Cullinan then raised more laughs from the floor when he stated that “I believe David and I need to negotiate this tonight: there really is no such thing as a free dinner…” In today’s cash-strapped climate, certainly not. 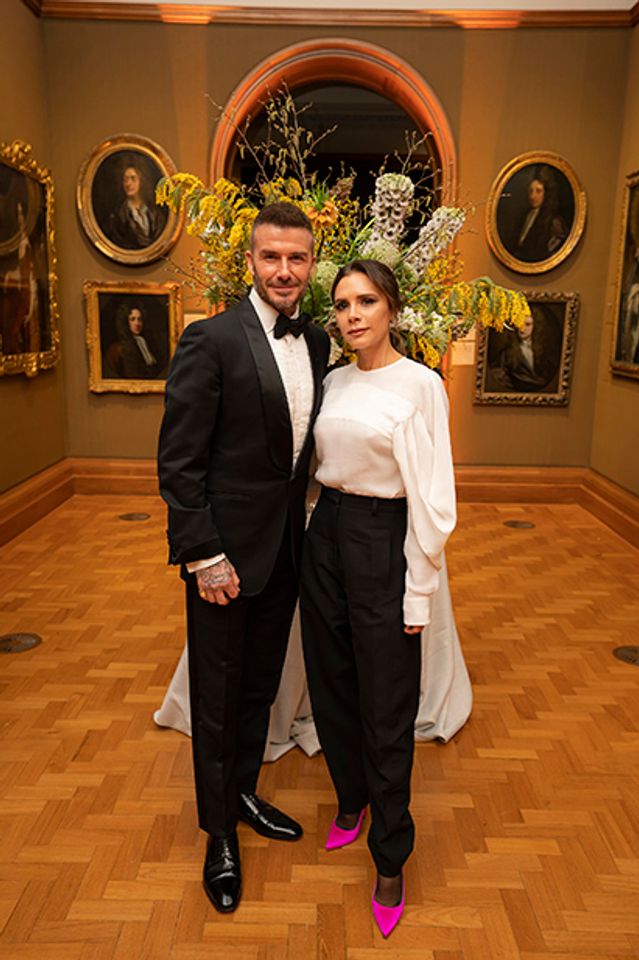 Additional activities such as a silent auction, the chance of a bespoke portrait snapped by Miles Aldridge and a mystery miniature sale—as well as an Artist’s First fundraising auction at Christie’s that had taken place the week before – resulted in the very grand total of over £1 million. This was a particular achievement against a backdrop of financial and political uncertainty as just down the road from the gala Theresa May was suffering a crushing defeat on her Brexit deal. So when DJ Mike Skinner started his after dinner set, everyone really did have something to dance about.