Gong meditations and an intimate basement gig: the London art world sounds off in January 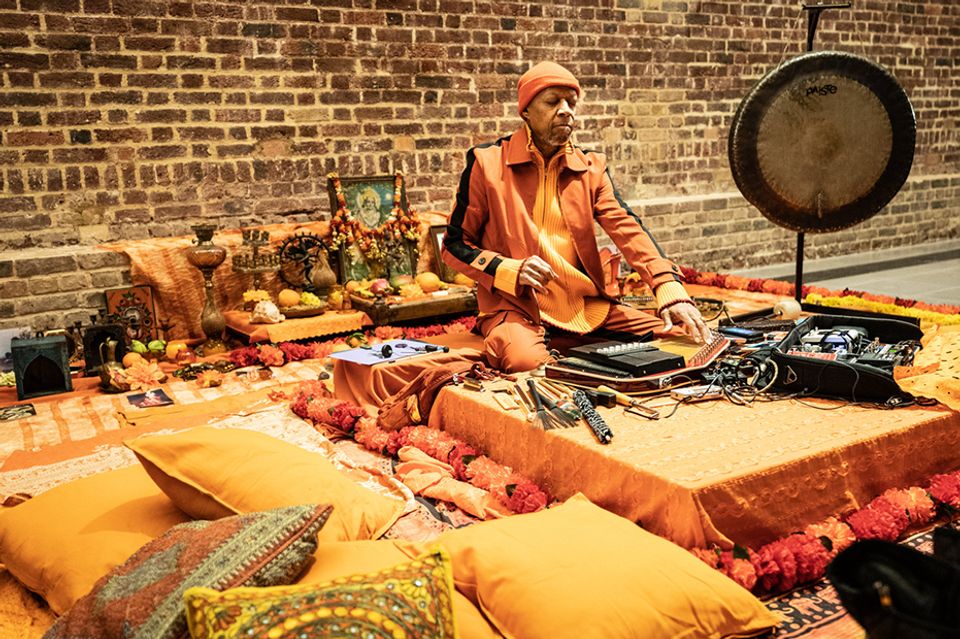 Over the past couple of weeks the London art world has been delivering some contrasting sonic rebuffs to the January blues. At the end of last week (18 January) the Serpentine kicked off A Time for New Dreams (until 16 February), its interdisciplinary show curated by the fashion designer Grace Wales Bonner in the Sackler Galleries with a series of karma-enhancing participatory live events unfolding over its opening weekend. These were dominated by the orange-clad Harlem-based musician, mystic and meditation practitioner Laraaji, who had the Sackler ringing with assorted instruments and vocal sounds during a number of meditation workshops. Most notable were two very popular laughter and gong meditation workshops which led an enthusiastic crowd through vocal exercises to warm the mouth, throat, chest and heart and resulted in gales of merriment echoing through the normally solemn spaces.

Wales Bonner’s show takes its title from a collection of essays by Ben Okri who is just one of the writers, artists and musicians she has brought together to explore black identity, ritual and spirituality with the overall intention to transform the Sackler into what she describes as "a space for meditation and reflection… to connect with ideas of history and ancestor’s lineage". All of the above themes were also very much in evidence when Wales Bonner presented a devotional candlelit sound evening in the nearby St John’s Church Hyde Park in which Laraaji was back to spread the love, joined by the mellifluous sounds of South London-based musician Sampha and a performance by the composer and playwright Klein. 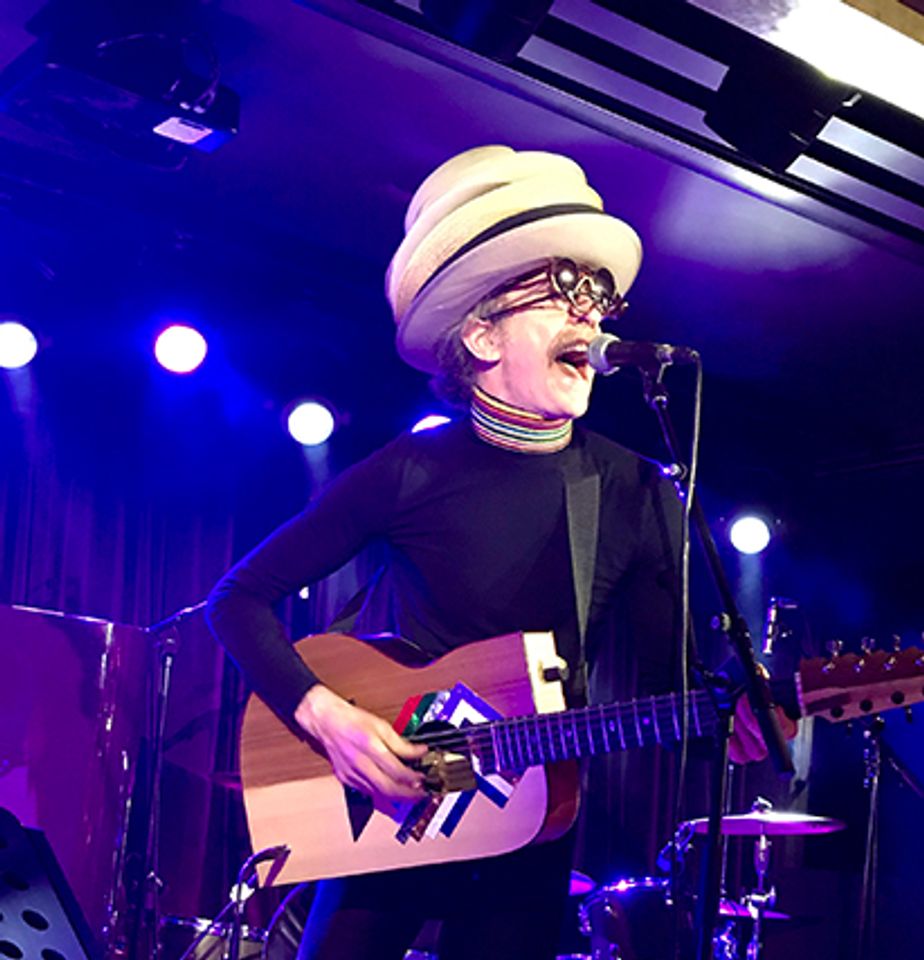 More stridently cathartic are the sounds of Martin Creed, whose current show Toast at Hauser & Wirth (until 9 February) includes films and videos of his nihilistic performative pieces as Work No. 2811: What the fuck am I doing? (2017) and his infamous Work No. 610: Sick Film (2007) which presents a procession of people vomiting, elegantly shot on 35mm film. A series of bobble-hatted female singers are also treating visitors to live versions of some of the more hilariously angst-ridden Creed numbers such as Difficult Thoughts or Try to Forget, all of which roll rather rousingly with the current gloomy zeitgeist.

But nothing can equal the presence of the man himself and Creed has also been marking his Hauser show with a number of live performances to blast through the end of this most difficult of months. At an intimate gig in the basement of the Arts Club in Dover Street last night (24 January) he appeared resplendent in multiple hats and pairs of spectacles to give a quick-fire rendition of many of his classic wordplay songs along with other jauntily bleak numbers, including one in which he intoned “I’ve got myself in a mind trap and now I’m looking for a mind trap map/ I can’t get out of this mind crap/I’m looking for a mind trap gap.” Then tonight (25 January) finds this minstrel of amiable existential angst giving a major performance in the Barbican’s Milton Court concert hall where he will be accompanied by the Salomé Quartet. This performance will feature the UK premiere of Work No. 2890: Bum piano (2019), in which, as the name suggests he uses a novel part of his anatomy to rattle the ivories. All of which promises to deliver a significant boost to the spirits.