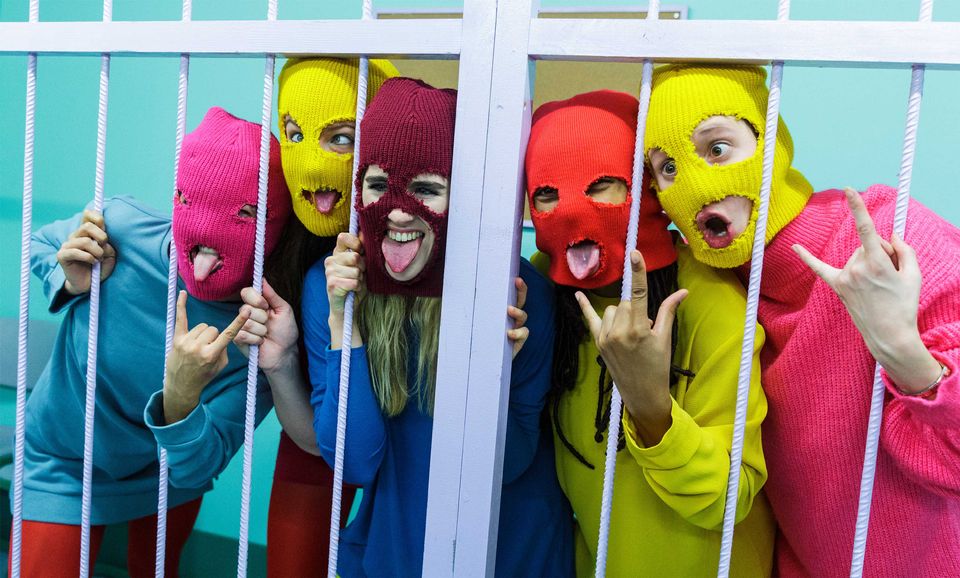 I wasn’t hugely looking forward to my journey Inside Pussy Riot (until 24 December). Billing itself as an “immersive theatrical punk production” and devised by theatre group Les Enfants Terribles, the hour-long experience takes audiences through the arrest and imprisonment of the post-punk protest group Pussy Riot following their 2012 performance of a “punk prayer” inside Moscow’s Cathedral of Christ the Saviour.

The piece particularly draws on the experience of Pussy Riot’s Nadya Tolokonnikova, who served 16 months of a two-year sentence for hooliganism mostly in Russia’s notorious Mordovia penal colony.

Recreating the humiliation, intimidation and forced labour of a Russian gulag might seem like the ultimate in misery porn—especially when it’s taking place in the Saatchi Gallery, just a stone’s throw from Sloane Square and the affluent retail mecca of King’s Road.

Then there was the converse conundrum that, if it wasn’t tough enough, the experience would just be a mildly titillating interlude before popping back to the shops. The prospect of spending a long time wearing a wooly balaclava didn't thrill me, either.

Suffice to say, yes, there are compulsory balaclavas—and prison overalls. And yes, there are episodes of being barked-at by dominatrix-style prison officers and having to perform pointless and laborious tasks. There were also times when exaggerated satire and stylised, Dada-esque theatricality kept uncomfortable company with a simultaneous attempt to convey the dehumanising and inhuman cruelties of the Russian penal system. 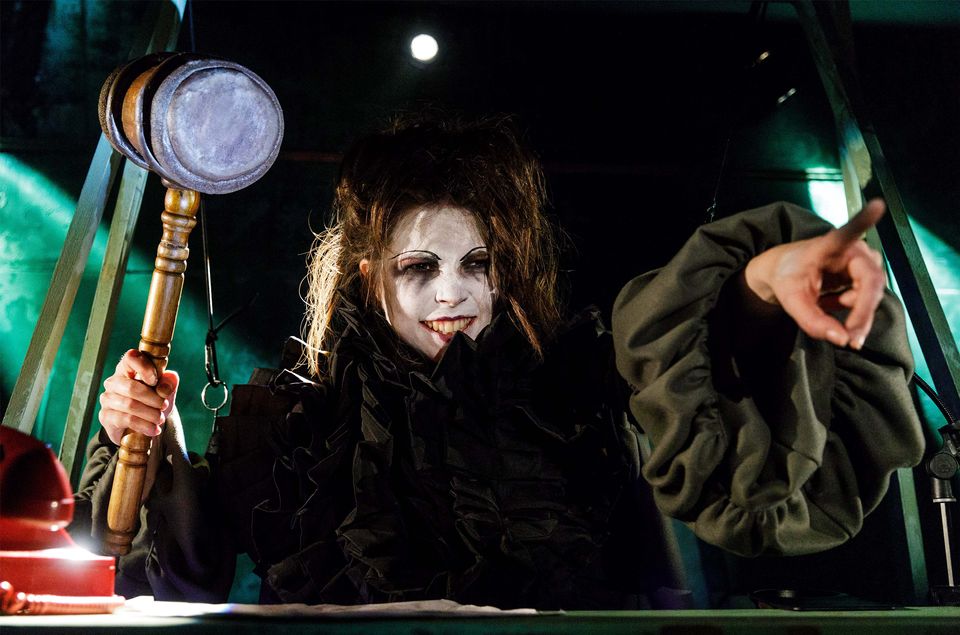 But while Inside Pussy Riot may be somewhat crude and clunky in parts, more often I found myself surprisingly challenged and shocked, not only by situations presented to me but also by how I responded—or failed to respond—to them.

Towards the end, while we are in “solitary confinement” Tolokonnikova herself whispers persuasively and intimately into each audience member’s ear, reminding us of our individual and collective power. These words were still reverberating when, having finally been released from my brief sojourn in captivity and peeling off my numbered uniform, I spotted a small wall-mounted folder, sarcastically labelled “Homework”.

Inside, single sheets of A4 each list eight simple and straightforward ways in which we can take action to change the status quo. Having been Inside Pussy Riot, your cynical correspondent now resolves to act on some of them—especially as none involve wearing a balaclava. For as the Desmond Tutu quote printed by the exit states, “If you are neutral in situations of injustice, you have chosen the side of the oppressor.”