Business can and should help the arts through this crisis

The pandemic has laid bare the betrayal of the cultural sector, but corporations and individuals can alleviate the hardship 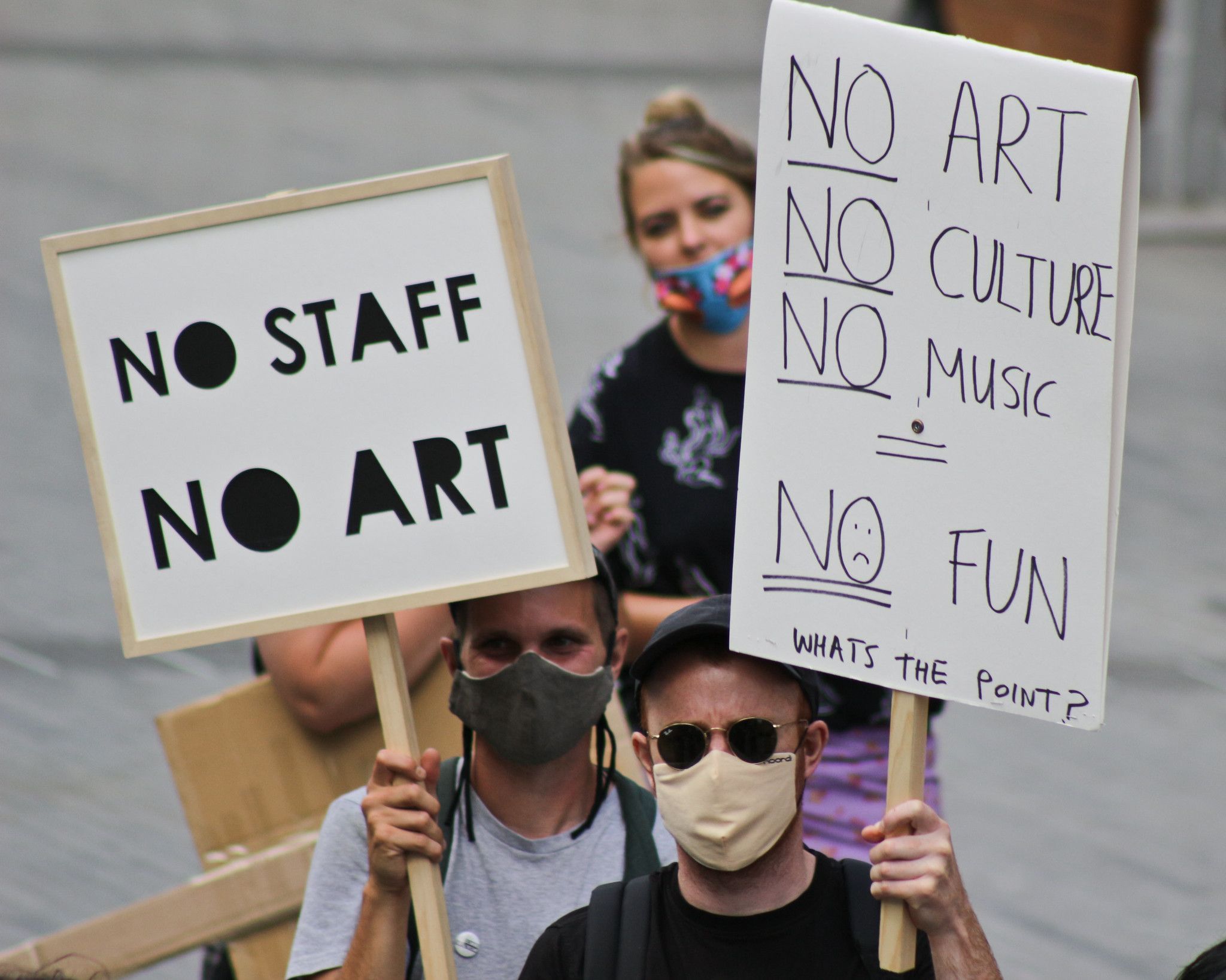 Dozens of museums across the United States have laid off thousands of employees in recent months. Based on a recent survey of 750 US museum directors, the American Alliance of Museums says that one third of institutions supporting 726,000 direct and indirect jobs may have to close permanently. Their wealthy board members are reluctant to ease the misery while many museums remain unwilling to draw on their endowments for the same purpose.

Several European governments have provided large amounts of additional funding for the arts. Yet the £7m the Tate galleries have reportedly received from the UK’s £1.57bn emergency package for the culture sector will not save over 300 jobs there from being cut. Along London’s South Bank alone, with Tate Modern, the Southbank Centre and the National Theatre, some 1,000 people are on the verge of being without work.

“More diverse, less affluent, less educated” has been the mantra repeated by museum directors and chief curators across the Western world whenever audience development was discussed. It is certainly a commendable and overdue mission statement. The #MeToo and #BlackLivesMatter movements have made this rallying cry all the more urgent, with an additional focus on museum staffing, exhibitions and acquisitions.

Or so one would think. Despite the talk, the directors of major museums in Europe and the US are still more or less an all-white boys’ club. Moreover, as an investigation by In Other Words and Artnet News has shown, barely over one-tenth of works purchased by top American museums over the past decade were by female artists. And guess who are the ones losing their jobs during the pandemic? The diverse, the less affluent and the less educated.

The arts enjoyed a decade of steady tailwind, with biennials and museums playing their part in the thriving $60bn global business of commercial galleries, auction houses, art fairs and private collectors. The art market and art world grew closer than ever before in history. Claims for equality—and the moral high ground in comparison with other industries—did not necessarily have to be followed by tedious, time-consuming action. That museums should be for people instead of simply about things, sounds appealing. But what really changed? Not much.

Covid-19 has revealed the scope of this betrayal. The superficiality of empty words, of preaching without practice. The author Orhan Pamuk’s “Modest Manifesto for Museums” is widely read and cherished, but seldom put into action. Even now, curators speak out on carbon neutrality, having flown around the world dozens of times a year for decades. Or they proclaim the need for a “New New Deal” for suffering artists via social media without delving into the nitty-gritty of true political action. Art itself cannot be the agent of change many would love it to be. Much of the pathos of political art preaches to the already converted.

Apparently, artists themselves were even less relevant during the Covid-19 crisis, branded more “non-essential” than telemarketers in a recent survey by Singapore’s Straits Times newspaper. Though with only 1,000 participants the study was hardly representative, it nevertheless served another rough blow to a profession whose institutions proudly proclaim their relevance.

In that vein, Germany’s cultural minister Monika Grütters recently described art as “vital” for any democracy. Germany spends about €12bn on culture annually, a figure that has risen by at least one-third in the past 15 years. As laudable as that is, the question of a more just and, above all, cost-efficient distribution of funds remains. Should the state always invest in new projects, such as the €644m Humboldt Forum in Berlin, or rather strengthen existing structures in a more sustainable way? According to the Federal Statistical Office, there are almost 4,000 public museums throughout Germany. However, numerous institutions were poorly positioned long before 2020 in terms of purchasing budgets, operational funds and overhead costs.

Even during economic boom times, artists in Germany make an average annual salary of less than €12,000. This precarity is currently exacerbated by the free-riding mentality of online users. As wonderful as the possibilities of social media are for the arts, it is the artists who post their content free of charge and walk away empty-handed.

Does the crisis threaten to push the cultural landscape into irreparable disarray? We know from Richard Florida’s definition of the “creative class” that the cultural sector is an economic driver in post-industrial societies. But it is more misguided than ever that many museum directors think of themselves and behave as CEOs of mid-sized companies. Any business case would reveal this to be a misconception. In much of Europe, museums, opera houses and theatres rarely cover more than 20% of their costs through third-party funding. For a true business, this would result in layoffs, legal proceedings, bankruptcy and seizure.

What can the business sector do to alleviate the hardship? It can deliver know-how, an additional network based on sometimes decades of cultural partnerships as well as the possibilities of new technologies by those companies working at the cutting edge of robotics, computers and communications. It should pay all artists with whom it cooperates fairly. No law in the world requires corporations to fund the arts. Yet in terms of reputation and corporate social responsibility, long-term cultural engagement can contribute to a company’s credibility and sustainability. Artists and institutions should always remain critical of corporate money bankrolling their work. Freedom of the arts is a prerequisite for any true creative process.

Art will always accompany humankind, regardless of monetary parameters. Culture is an essential expression and a basic need of our species. Marcel Duchamp once spoke of the “solitary explosion of the individual facing himself alone”. This is the door that art can open. It makes life worth living and it renders the invisible visible, as the artist Fabio Mauri said—thoughts and feelings, impressions and experiences. We can communicate with each other through the accomplishments of art, music and literature across nations and over decades, centuries and even millennia. When the balance sheets of business have long since turned to dust, culture will persist.

Culture is both an offering and a demand. Corporations and wealthy individuals can and should offer their support, especially in dire times. In civil society, continuity is as important for culture as it is for the economy. Especially when that continuity translates into an overdue empowerment of voices at the fringes. Walking the walk, not talking the talk. Learning comes by doing.