Philip Tinari, the director and CEO of the Chinese museum, shares what the institution has learned during closure and its future plans 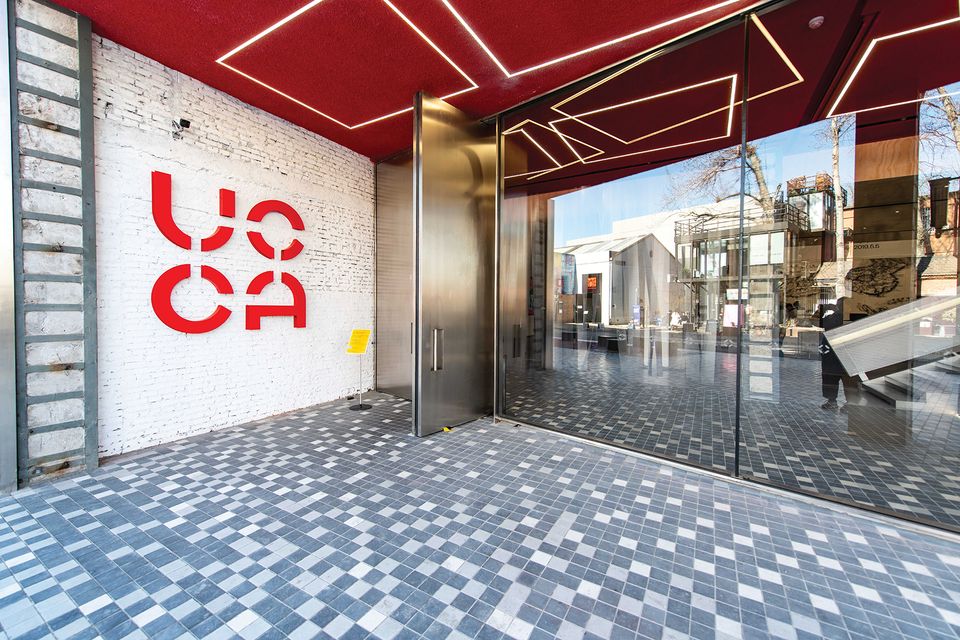 The entrance of UCCA Courtesy of the Office for Metropolian Architecture; photo: Bian Jie Philip Tinari is the director and chief executive of UCCA Center for Contemporary Art, Beijing

It was shortly after watching US President Donald Trump address a room of the politely incredulous in Davos, on 22 January, that I started to realise what might lie ahead. Just as he was uttering the first of so many coronavirus lies in a post-speech CNBC interview—“It’s one person coming in from China, and we have it under control. It’s going to be just fine”—I received a text message from a colleague whose plan to drive 2,100km from Beijing to Shenzhen for the Chinese New Year holiday had been thwarted when he was turned away at the border of Hubei province, closed that night in the largest lockdown the world had ever seen.

Now, three months later, I am still greeted by our giant locked front door when I arrive each morning to the office. The willow spores blow as they do each spring, as the tape attaching public health notices from the local authorities to the curvy glass and brushed aluminium of our OMA-designed façade is starting to yellow. Recently, though, the KOLs (key opinion leaders, an English abbreviation with more clout in Chinese) have returned to the 798 Art District that we occupy. They dart between the several galleries and cafés that have already reopened, posing and posting to six- and seven-digit followings on WeChat and TikTok.

As this initial wave of isolation begins to end, it is a good time to ask ourselves what we have learned. Faced with closure, like museums around the world, we tried our best to use digital channels to replace physical experiences. In China, a country accustomed to levels of convenience (and surveillance) unthinkable elsewhere, the bar is particularly high. Here, where no one needs to fight for limited grocery delivery slots, the quaint skeuomorphism of jpegs cycling in front of a bench in a virtual viewing room rings hollow. Our philosophy has been to try to do things online that we couldn’t otherwise: a concert with performers scattered around the country and an audience of a few hundred thousand; a film festival where the viewers can chat about what they are watching in real time. But really, it has been a time to think, without the normal pressures of constant activity, about who we are and where we want to go.

It can be depressing to think about all that would have happened in the first four months of any other year: a string of new exhibitions, thousands of visitors, hundreds of talks and screenings, weekends full of children’s workshops, major events like Gallery Weekend Beijing and Art Basel in Hong Kong bringing the world to our doorstep. Instead, international flights have been reduced indefinitely to one per carrier per destination per week, diverted to surrounding provincial airports lest new cases enter the capital. Foreign nationals are entirely barred from entry. (I could leave, but I couldn’t get back in.) At the entrance to 798—as to most public buildings, compounds, even some streets—you must scan a QR code that runs your mobile data records and verifies you have been in town for at least 14 days. Arrivals from other cities in China must show the notarised results of a Covid-19 nucleic acid test performed in the past seven days when checking into Beijing hotels. Temperature taking? At least a dozen times a day.

The art consultant Andras Szanto has spoken of this pandemic as an opportunity for institutions to return to fundamentals and away from carbon footprints. And while, flygskam aside, I do hope we can mount another blockbuster on the scale of last summer’s Picasso: Birth of a Genius, it is our core asset of scrappiness and agility, rather than our ability to woo the French national fire service or state-certified conservators, that will save us. A new show, Meditations in an Emergency, is coming together on a month’s notice, curated in real time dialogue with the evolving situation as other plans fell indefinitely by the wayside. When this new show opens—fingers crossed, on 21 May—there will be art to see. This time, the works on the walls and in the video rooms may not be subjected to the level of research they would get before going on view at the Tate or Guggenheim, but they will have been chosen by our curators thoughtfully, to warm the souls of people here, as everywhere, struggling to adjust to a new reality.