Please send help: a letter to the Getty Trust 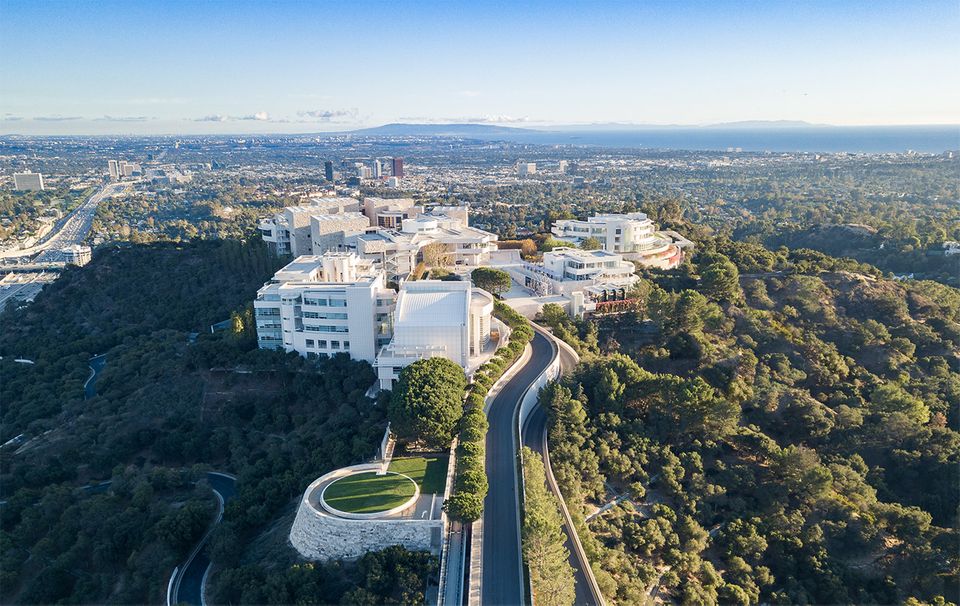 The Getty Center in Los Angeles

The Getty is one of the greatest cultural organisations in the world, and you’ve done a remarkable job as its leader. I’ve been especially impressed by your sense of civic duty and engagement, which I first wrote about in 2008 when you were still director of the Art Institute of Chicago. Since joining the Getty in 2011, you have helped to supplant the common image of the Getty as an elitist arts institution up on the hill with one of a philanthropic powerhouse that reaches well beyond its own walls, whether into the region’s Latino communities for Pacific Standard Time initiatives or across national borders to help preserve endangered cultural heritage sites abroad.

All of which makes me wonder why the Getty has not stepped up now that so many local artists, art workers and cultural institutions are struggling for survival because of the economic impact of the coronavirus (Covid-19). Where is the Getty’s sense of civic responsibility today during this unprecedented health and financial crisis?

In New York, foundations such as Bloomberg Philanthropies and the Carnegie Corporation have helped to finance a $75m relief fund, issuing grants and loans to local non-profits in social services and the arts who have seen their operations disrupted. But Los Angeles has seen nothing on this scale. And cultural institutions here that closed their doors because of the pandemic are already passing consequences directly on to staff, like MOCA and the Hammer Museum laying off nearly 250 part-time employees combined on a single day last week.

Those employees lost what could be their primary—or only—source of income, and that doesn’t count all the artists who have already had gallery shows or other projects cancelled as well as staff affected by gallery closures. This comes at a time when many artists here already struggle with precarious living situations, with 89% reporting in a 2019 survey that “housing affordability” is a “serious concern” and 44% of artists who identified as black noting they had recently been “displaced from their homes” for economic reasons. (This survey was done by Allison Agsten at Arts for LA, which is now lobbying local politicians for emergency funding for culture.)

So I’m writing to ask you: What will the Getty do to help staunch economic suffering in the local arts community, and just as importantly, when?

I’m singling out the Getty because of its enormous wealth, experience, and commitment to philanthropic activity. With an endowment of around $7 billion in 2019, making it the wealthiest arts organisation in the world, the Getty has long been in the business of giving away money to other groups through its Foundation. At last count, this amounted to more than $400m over three decades. Through its two Pacific Standard Time initiatives alone, it distributed grants of $28 million to a network of some 100 regional cultural institutions for research and exhibitions—cultivating as well as promoting Los Angeles as a creative capital.

Now is the time to find another way to support these nonprofits in your own back yard. One possibility is to create, along the lines of New York, a fund dedicated to providing grants and interest-free loans to smaller non-profit organisations.

Another route to consider would be to help underwrite a small non-profit in town that is already offering emergency grants to artists for medical and living expenses, to help them scale up. The Women’s Center for Creative Work for example, rapidly revamped its “emergency health grant” programme to provide $1,000 checks on a rolling basis to artists who are disabled, ill, have food or housing insecurity or meet other criteria.

Lastly, you could consider creating an application process for local artists to receive funding directly from the Getty, whether structured as relief grants through the Foundation or as payments through another Getty arm, like the Museum or Getty Research Institute, for creative contributions or commissions.

Yes, some could persuasively argue that this should be the job of our government. But the arts provisions in the federal stimulus package passed last week will not stretch far enough to benefit many nonprofits in the field and were not designed to help individual artists. Meanwhile, support from the city of Los Angeles has been inadequate. So far the Department of Cultural Affairs here has provided funds for a limited group of artists—performers such as dancers or musicians whose shows in “fixed theater settings” were cancelled—leaving contemporary visual artists with minimal resources.

I realise the Getty has taken a big financial hit along with the rest of us, losing earned income streams like your bookstores and restaurants for the period the Museum and Villa remain closed. More dramatically, you have recently seen the value of your endowment drop—perhaps as much as 20% depending on your exposure to the stock market. And I know you have made humane and thoughtful decisions already, committing to continue to employ all staff, both “salaried and hourly,” during this time and donating desperately needed gloves and masks to UCLA medical facilities.

So I trust you are also having wide-ranging and soul-searching conversations about the most meaningful ways the Getty could help the larger arts community here now. I just hope those talks will result in action soon.

I remember you once saying: “We have the money to do anything we want; we don’t have the money to do everything we want.” I hope ensuring the survival of the Los Angeles arts community, the very community the Getty helped to build, makes it onto your list of things you want to do. I’m eager to see how you will step forward to help artists, art workers or arts non-profits at a time of great financial anxiety and insecurity.