One year after the Sarr-Savoy report, France has lost its momentum in the restitution debate

The report made international headlines, recommending the restitution of African artefacts in French museums, but the country has not returned a single item to Africa 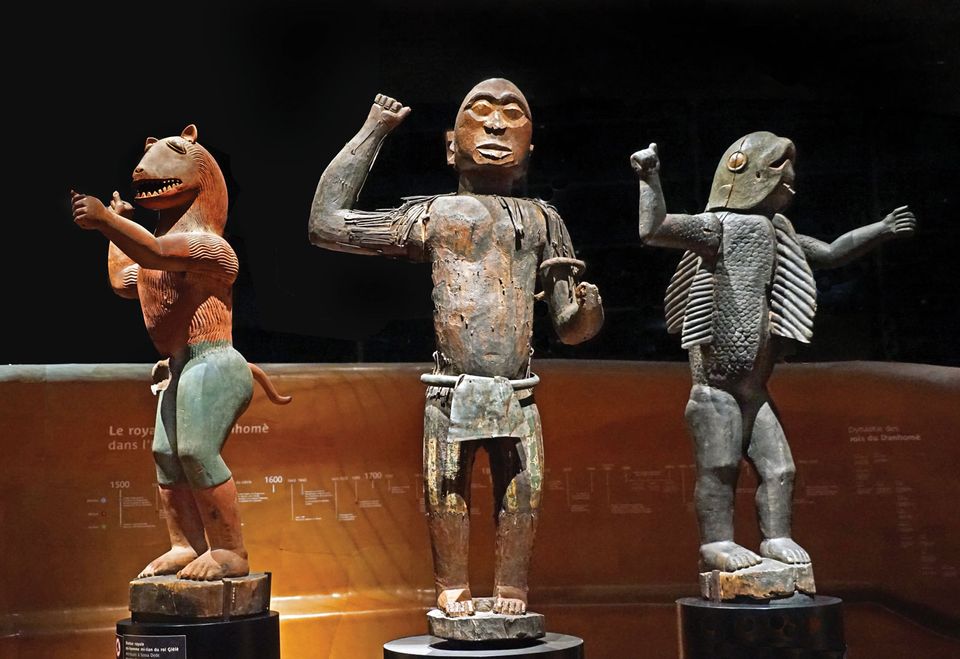 Following the publication of the Sarr-Savoy report, French president Emmanuel Macron said he would return 26 works to Benin. They have not yet been returned. © Jean-Pierre Dalbéra/Musée du Quai Branly

A year ago this month, authors Felwine Sarr and Bénédicte Savoy submitted their controversial report to French President Emanuel Macron. The report recommended the return of a vast number of Sub-Saharan African artefacts currently in French public museums, while suggesting a procedure for securing that return. Upon receiving the report, President Macron quickly promised the return of 26 ceremonial items to the small West African country of Benin, items taken by the French army in the nineteenth century that are now in France’s largest ethnographic museum, the Musée du quai Branly-Jacques Chirac in Paris.

Yet here we are in late 2019 and not a single item has been returned to Africa: neither the 26 pieces from Benin nor indeed the 90,000 other Sub-Saharan artefacts in French museums. And despite Macron’s promise of a major public conference on the issue, nothing has transpired apart from two closed-door seminars. So what has been the effect of the report? And where are we now on restitution?

Although the Sarr-Savoy Report inspired a great deal of tense discussion in the museum world (both in France and abroad), most commentators agree it was too ambitious to be workable. It was the brainchild of academia, not the balanced submission of practitioners in the field. For one, the seeming unwillingness of the authors to take account of the valuable role played by museums in conserving historical artefacts and educating the public – not to mention the importance of provenance research for the objects at issue – turned the report from a call to arms into a veritable pariah amongst many museum practitioners. 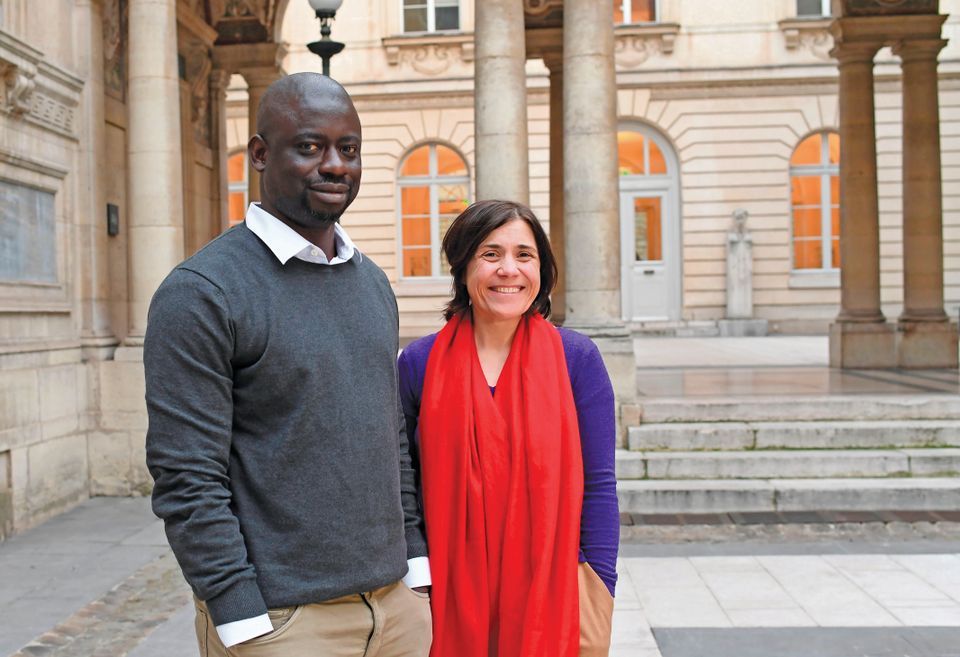 Most importantly, the authors’ more radical proposals were impossible to implement without a change to French law. Public museum collections in France are deemed ‘inalienable’ by law, meaning that not a single object can be permanently removed without necessitating a change in legislation. Such legislation would have to pass through the French Parliament, requiring the involvement of politicians and the balancing of diverse and often contradictory interests, something the report seemed unwilling to countenance. In the end, the report was the victim of its own unwavering stance.

To see how matters are truly progressing on the question of restitution, we need to look elsewhere. Despite stasis in France, a small number of meaningful returns have occurred in other countries. The UK’s National Army Museum returned to Ethiopia two locks of hair taken by an English soldier in 1868 from the body of the deposed Abyssinian Emperor. The German Historical Museum returned a maritime stone cross to Namibia, while a number of human remains collected by the Germans after a 1904 genocide were also sent back. Returns of more recently acquired material are also underway. Last month a Dutch civil servant announced the return of an eighteenth-century ceremonial crown to Ethiopia. And in New York, the District Attorney’s office has been busy restituting items, including a gold sarcophagus from the Metropolitan Museum which was sent back to Egypt in September. None of these examples would have been possible without negotiation, research, personnel, resources and cooperation between the various parties involved. There was no uniform procedure or rulebook. Yet each return was ultimately a success. Lacking any grand policy to guide them, these were ‘incremental restitutions’ – perhaps the most effective kind.

Regarding colonial-era removals, there remains an inclination in certain quarters to establish a comprehensive framework for return. The German ministries of culture and foreign affairs, along with representatives of the 16 German states, agreed in March to framework principles on colonial-era material in German collections, claiming Germany had a ‘historical responsibility’ to do so, and called for the return of colonial-era human remains and cultural objects removed in a way that is ‘no longer legally and/or ethically justifiable’. The Dutch Museum of World Cultures has also put together a guideline on returns, neatly facilitating claims around three categories of collection items: those removed unlawfully, those removed without consent and those whose cultural value for their country of origin outweighs their value to Dutch culture. Many museum practitioners consider this a clearer and more pragmatic way forward than the proposals of Sarr-Savoy.

Looking forward, the instrument that will perhaps have the greatest impact comes not from any individual country or museum, but from the European Union. Though it doesn’t relate directly to colonial-era artefacts, the new EU Regulation 2019/880 on the Introduction and Import of Cultural Goods, passed in April, could very well affect the treatment of such artefacts across the Continent. It will begin to impose major controls on the market by December 2020. Among these controls is a prohibition on entry into the EU customs territory of cultural goods unlawfully removed from their country or territory of origin, with no cut-off date as to how far back the removal had to have occurred. In theory at least this could apply to certain removals dating from the colonial period. The likely consequence is that dealers will be discouraged from dealing in all but the most legitimate foreign artefacts, and an even brighter light will shine on historical museum collections, especially those in the habit of lending pieces outside the EU.

One of the shortcomings of the Sarr-Savoy proposals was that they placed an unfair burden on museums. Not only did they cover clear-cut cases of looting, but also acquisitions made by anthropologists and ethnographers during the twentieth century. Under the terms of the report, museums would have to prove that claimed items had been acquired through free, fair and documented transactions. This kind of ‘reverse onus’ would have created a presumption whereby anything with unclear provenance would have to be returned. This is a tall order for many museums and would likely apply to a large part of their collections.

Such presumptions are very rare in law. In almost all cases, it is for the claimant (not the defendant) to prove the circumstances of an earlier taking. While such a principle has been relaxed in claims relating to human remains, in emotive cases involving artwork lost during the Holocaust it remains for the claimant to prove that a loss of possession occurred due to Nazi persecution.

Of course, any museum or government looking to develop policies on restitution (especially in the context of colonial-era takings) will have to keep in mind the lessons learned over the past 20 years in regards to both human remains and Nazi spoliation. A widespread and inflexible standard that puts an undue onus on museums, stretched thin as they are for funding, will be largely unfeasible. Instead, government and museums should seek to work with communities of origin as far as possible to pursue relevant solutions. This would necessarily include funding proactive provenance research, knowledge sharing and training of staff in communities of origin. A one-size-fits-all approach is unlikely to work because the issues involved always turn on their facts: a sculpture taken during a punitive raid and a mask collected by anthropologists beg for different treatments. ‘Sending them back’ swiftly and without question, as proposed by the report, can hardly offer a viable solution. Instead, to borrow the language of the Washington Conference Principles on Nazi spoliation, we must in each case seek a ‘just and fair’ solution.

A year down the road, what have we learned from Sarr-Savoy? As we’ve seen, the real movement may not be in France after all, but in places like Germany and the Netherlands—as well as the EU as a whole—and in settler countries like Canada, Australia, New Zealand and the US. There does remain an important lesson in the report, though it may not be one intended by its authors: sweeping attempts at restitution are almost never workable. Instead the more nuanced, piecemeal approaches offer a more realistic way forward.

Returning material to its homeland is never a simple process. Rather, it is part of a larger web of exchange and cooperation, one primarily built on relationships. Those relationships neither begin nor end with restitution, which is only one part of a much larger story.

• Alexander Herman is the Assistant Director of the Institute of Art & Law and is writing a book on the restitution of cultural objects. A major three-part conference series on the topic will be running over the next two years in Tel Aviv, Toronto and London, with the first installment at Tel Aviv University on 11-12 December 2019