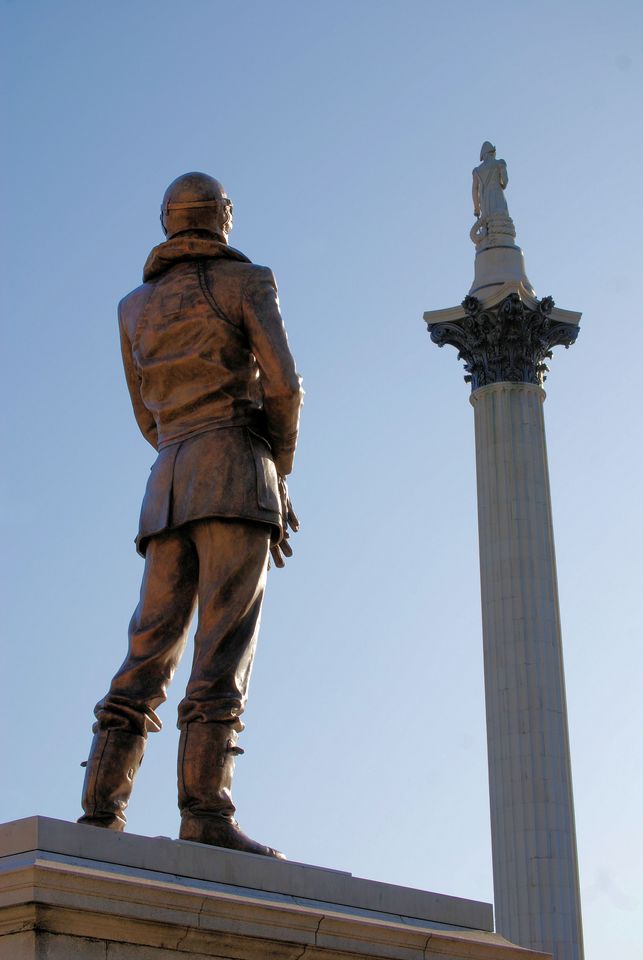 "Statues are not history; often they are impediments to truth because they are erected to glorify the powerful as a fig leaf for their flaws and iniquities."

“We won’t allow people to censor our past or pretend we have a different history to the one we have.” So wrote Robert Jenrick, the UK’s communities secretary, in the Telegraph newspaper last week. Jenrick has just introduced legislation that, if passed by Parliament, would mean that to remove historic statues would require listed building consent or planning permission. And he would be judge and jury if such decisions don’t reflect government policies.

Let’s ignore the cynicism of returning to the statues culture war as distraction from the UK government’s Covid-19 failures. You’d never know that Jenrick has a first-class history degree from Cambridge. His vision of a singular, fixed national story betrays little understanding of history as a process. Amid a flurry of clichés like “town hall militants”, “woke worthies” and “baying mobs”, he ties himself in knots. Jenrick writes: “To tear [statues] down, is, as the prime minister has said, ‘to lie about our history’.”

Boris Johnson knows all about that: his entire career has been propelled by a vision of the UK grounded in a past that never existed. Reviewing Johnson’s biography of Winston Churchill for the New Statesman in 2014, Richard Evans, then regius professor of history at Cambridge, wrote: “the ability to think historically deserts its author”. It deserts his entire government: Johnson, Jenrick and their colleagues know full well that the edifice of Brexit Britain crumbles if their English-nationalist myth is exposed.

They seem unable to view the past as shifting and complex. Statues are not history; often they are impediments to truth because they are erected to glorify the powerful as a fig leaf for their flaws and iniquities.

Johnson, Jenrick and their colleagues know full well that the edifice of Brexit Britain crumbles if their English-nationalist myth is exposed

It is curious that Jenrick implicitly links the removal of white supremacist monuments to the far-right riots in the Capitol. Yet events in the US provide us with a compelling example of why some statues must fall. As we watched Confederate flags held aloft in the Capitol on 6 January, how many of us knew that other white supremacist symbols are part of the fabric of that building? Eight Confederate statues still stand in the National Statuary Hall, representing the states of Mississippi, South Carolina, Arkansas, Florida, North Carolina, Alabama and Georgia.

Slowly, lawmakers are realising that purging white supremacy from US politics includes removing decades-old symbols from the seat of its democracy. Virginia was, until December, represented by the notorious Confederate general Robert E. Lee; thanks to Virginia politicians, he is now gone. Soon, Florida and Arkansas will remove theirs. That leaves six. In 2017 and again in 2020, two African American lawmakers, Senator Cory Booker and Representative Barbara Lee, reintroduced a bill to remove the rest by law. As Lee said: “It is time to tell the truth about what these statues are: hateful symbols that have no place in our society and certainly should not be enshrined in the US Capitol.”

With Democrats now controlling the House and Senate, Booker and Lee could introduce the bill for a third time and it would stand a better chance of ridding Washington of white supremacists—historical ones, at least. Jenrick, according to his skewed logic, would contend that Booker and Lee are censoring the US’s past, when they are confronting the dark heart of America’s history head on.

The story of the Confederacy will still be told in countless books and in museums but its leaders should no longer be glorified with statues in the Capitol. It is absurd that Jenrick fails to acknowledge that, rather than embodying truth, historic monuments frequently pervert it. But that is a consistent tactic for the government in which he serves.

Dolly Parton turns down memorial statue in Tennessee, saying she doesn’t want to be ‘put on a pedestal’

Dolly Parton turns down memorial statue in Tennessee, saying she doesn’t want to be ‘put on a pedestal’