Should we relinquish our insistence on privileging original works of art?

Technological wizardry in replication is improving, alongside claims to relocate far-flung treasures 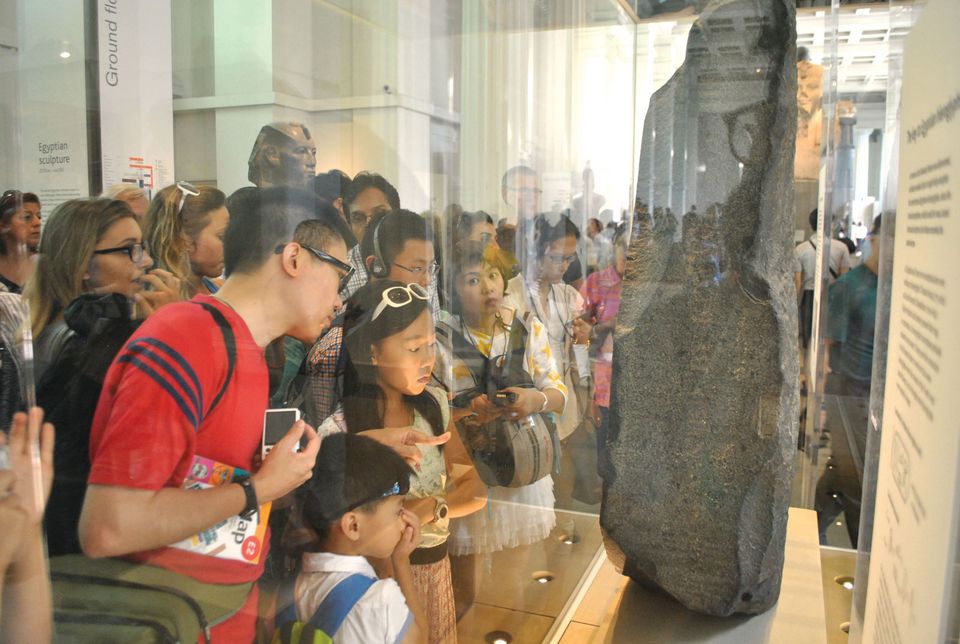 The director of the new Grand Egyptian Museum in Giza suggested that only a virtual version of the Rosetta Stone should remain in London Image: courtesy of ProtoplasmaKid

In 1997, the year after major art museums launched their first websites, I hazarded a guess that digital reproduction would lead not to diffidence about experiencing original art, which was feared at the time, but to the opposite—an increased appetite to be in its presence. The ubiquity of virtual images has indeed made encounters with original objects ever more coveted, feeding the stampede of visitors and our carbon footprint. Veneration of original works has fuelled astronomical prices for a few dozen artists, mostly Modern and contemporary. The explosion of cultural tourism has been exacerbated by a bull art market, the global growth of the middle class and museum selfies spreading Fomo (fear of missing out).

Our efforts to attract visitors to these originals may have reached a tipping point. During a museum directors’ conference about tourism and climate change, held at the Vatican in October, the head of Turin’s Egyptian Museum said what was unthinkable a generation ago: “We must not insist on the sacrality of the original.” Christian Greco’s statement is naked apostasy. Beginning with the British Museum’s founding in 1753, museums’ entire raison d’etre has been to offer public access to original objects.

Digital reproductions of museum collections have contributed to burgeoning cultural tourism. It is worth asking whether three-dimensional and virtual replication might do the reverse, offering antidotes to the “sacrality” of the original and its unintended consequences for the environment. Advances in 3D printing have given rise to full-scale replicas of Islamic State-looted Palmyrene architecture. Augmented reality offers an alternative to scraping feet and polluting breath in prehistoric caves, Egyptian tombs and the Sistine Chapel. The recent auction at Christie’s of a portrait generated by an algorithm points to evolving forms of creativity spurred on by digital innovation. And Walter Benjamin’s 1935 meditations on the impact of the “mechanical reproduction” of art remain engrossing as museums try out AR and 3D animation.

While these experiments unfold, museums face growing demands to decolonise collections. Patrimony claims have been re-energised among a new generation of civic and cultural leaders and audiences. In 2009, the Greek government opened a new Acropolis Museum, with plaster casts of sculptures in London to make a case for the return of the Parthenon Marbles. In 2017, France’s president, Emmanuel Macron, first advocated the restitution of sub-Saharan art (he also released a report on the subject last month). This year, the Victoria & Albert Museum was pressed to repatriate Ethiopian treasures looted after the Battle of Maqdala in 1868, the director of the new Grand Egyptian Museum in Giza suggested that only a virtual version of the Rosetta Stone should remain in London and Prince Charles was asked by Nigeria to return Benin artefacts taken in 1897.

Technological wizardry in replication is improving, alongside claims to relocate far-flung treasures. Wherever originals end up, it’s essential to harness digital emulation for the mediation of moral contests as well as the abatement of carbon-consuming tourism. Now that at least one world leader has proposed sending examples of contested cultural heritage back to their source, and one influential museum director has urged us for the sake of the climate to relinquish a time-honoured insistence on privileging the original, the rules we have lived by since at least 1753 are in play as never before.

• Maxwell L. Anderson is the president of the Souls Grown Deep Foundation and a former director of the Whitney Museum of American Art, New York