What’s in a title? It’s time to reframe the Parthenon Marbles debate 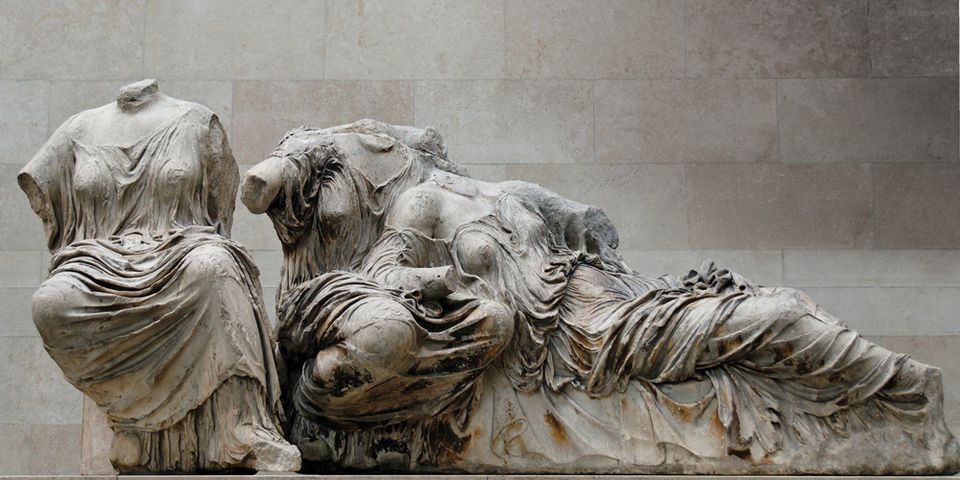 At the end of January, the Director of the British Museum, Hartwig Fischer, got lambasted from certain quarters for his comments regarding the Parthenon Marbles. In an interview with the Greek paper Ta Nea, he referred to the displacement of cultural heritage from its original location to a museum as a “creative act”. He then stated categorically that he would not accept that Greece was the legitimate owner of the Marbles. “The objects in the collection of the British Museum,” he said, “are owned by the museum’s trustees”.

Most of the vitriol was aimed at his referring to the controversial removals from the Parthenon as “creative”. “What was so creative in the destruction of the temple and looting and pillage of a nation’s keys to its ancient history?” asked George Vardas, Secretary of the International Association for Reunification of the Parthenon Sculptures, on Twitter. But the Director’s point about ownership deserves consideration as well.

The position outlined by Fischer on this point is nothing new. Representatives of the British Museum have reaffirmed this stance time and again, going back at least as far as the 1980s. The position is that the trustees hold title in the museum’s collection, which consists of over eight million objects, even though the law strictly circumscribes what they are allowed to do with it.

The trustees’ title does not rely on the quality of Lord Elgin’s title when he acquired the marbles in the early nineteenth century in Athens. There were, as is well known, dubious circumstances surrounding that initial acquisition, which relied upon a series of permissions given to Elgin by the ruling Ottoman Turks. But legally speaking, the title held by the British Museum trustees derives not from Elgin, but from a specific Act of Parliament, dating from 1816, that vested title in the trustees. This came as the result of a vote by Parliament to acquire the marbles from Lord Elgin for the price of £35,000 (a mere £1 million today). Title in this collection has continued to vest in the trustees through subsequent Acts of Parliament.

But title is a funny thing. As one London solicitor said to me recently, the problem with title is once you try to pin it down, it slithers away. What the trustees have in defence of their title is an Act of Parliament, which only serves as a guarantee of title within the UK. There is no such thing as international title, or indeed title that is automatically guaranteed around the world. As an example of this, one can consider the way in which American courts have refused to recognise title in artworks that have been stolen or looted abroad, even if such title was duly acquired in an intermediary country.

The recognition and admission of title has long been a sticking point in reaching a settlement in the long-standing saga of the Parthenon Marbles. As Fischer reiterated during his interview, if the British Museum were ever to consider a long-term loan of the pieces, Greece would need to first accept that the trustees hold title, an acceptance successive Greek governments have never been willing to make.

But title need not be so contentious. Perhaps the Greek government could accept the simple premise that the trustees hold title under English law, but go no further? This would not have to relate to the circumstances of acquisition in Athens. It need only be a recognition that a run-of-the-mill Act of Parliament settled the question of English title back in 1816. Likewise, the British Museum would need to understand that title is a nationally derived right and does not automatically guarantee rights at an international level. This could perhaps allow the parties to put the question of title aside.

In such a scenario, certain possibilities for the sculptures would begin to open up. The idea of a long-term loan to Greece of some of the major pieces from the Elgin collection has been floated by commentators in the past. This might be a nice place to start, as a sign that the rancor of the disagreement need not continue forever. The British Museum lent out thousands of pieces from its collection last year. Why couldn’t a scattering of marbles count among them for the next?

For Fischer, as for any director of the British Museum, the prospect of a loan from the Elgin collection to Athens is daunting. But it need not be. There are ways of protecting against worst-case scenarios. A reciprocal request could be made for Greece to lend certain choice items from its national collections while the Elgin pieces are in Athens. Italy offered a similar quid pro quo when New York’s Metropolitan Museum returned a number of antiquities to the country in 2006, and the arrangement has worked well ever since.

Fear that the pieces would never be returned could be assuaged by a combination of factors. A reciprocal loan to the British Museum could serve as a type of collateral, to ensure that everything makes it back in the end. And an “anti-seizure” law could easily be adopted by Greece in advance of such a loan. This law would prevent anyone from seizing or confiscating the items during the loan, including the Greek government. In fact, the UK passed such a law in 2007 in order to guarantee the safety of certain items on rotating loan from Russia to Somerset House. Greece could simply model its law on the British precursor.

The benefits of such a loan are obvious. While it might not give Greece the permanent restitution it has so ardently craved, it would at least see some of the pieces returned and placed in their original context. And while it wouldn’t last forever, it could extend long enough to give meaningful access to those in Greece desirous of seeing them on display. It could mark a memorable event and perhaps form the beginning of a long and productive dialogue between London and Athens. Right now, not much dialogue exists.

As for the British Museum, it would benefit from having a rotating series of loans of the best pieces of ancient Greek art. Large bronze gods, intricate Mycenaean jewellery and sculptures from archaic temples could for the first time feature in the halls of Bloomsbury, on loan from a grateful ally. A true exchange treaty, a cultural free trade of sorts. And no one would have to utter that pesky word “title”.

• Alexander Herman is the assistant director of the Institute of Art & Law. He is currently writing a book on the Elgin Marbles dispute.