'When the politics change, so must the statues' 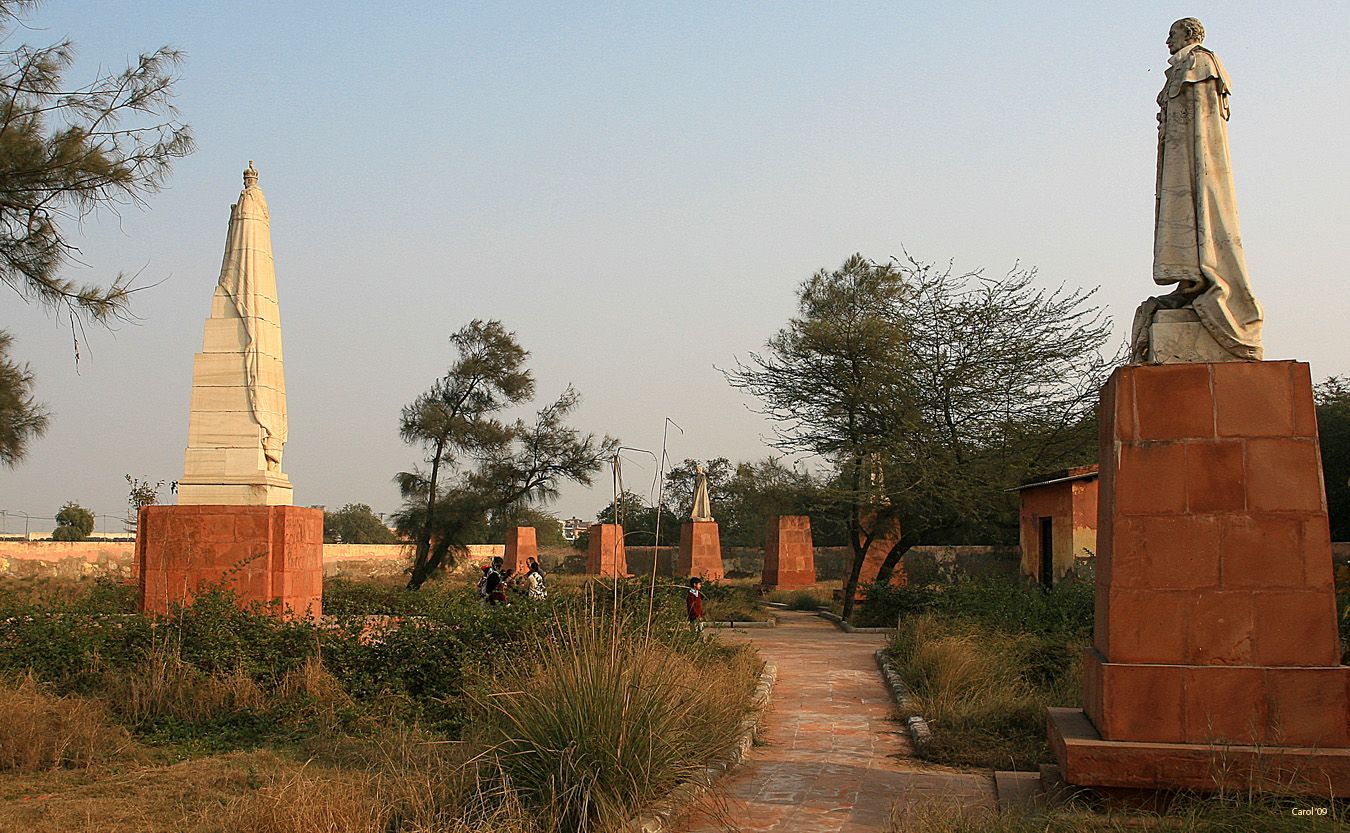 After India's independence, the many statues erected during the Raj were collected and rehomed in Coronation Park on the outskirts of New Delhi Photo: Carol Mitchell

“You can’t erase history!” cry those who would leave statues of slave traders in their place. Venerating the likes of Edward Colston strikes me as a curious way of learning about slavery. But in a sense, the Colston defenders are right; pulling down statues is a terrible way of erasing history. No amount of physical obliteration can expunge memory. Not even Moses, with the written endorsement of God himself, could make us forget about the Golden Calf.

Not that people have learned from Moses’s example. In Roman times, emperors sought to erase the memory of their predecessors by ordering the destruction of their images, a process sometimes referred to as damnatio memoriae. The Severan Tondo is the only surviving painted likeness of a Roman imperial family, and shows the Emperor Severus with his two sons, Geta and Caracalla. But Geta’s face was crudely scratched out after Caracalla murdered him and decreed that all traces of his existence be destroyed. The act only served to highlight Caracalla’s guilt.

Often, because such monuments were expensive to make and erect, the efficient Romans would remove only the offending likeness, and recycle the remainder. In the so-called Cancelleria Reliefs, made late in the first century AD to commemorate the Flavian dynasty, the head of the assassinated emperor Domitian was recarved to resemble his successor, Nerva. It seems not to have bothered Nerva that his face looks comically small for his body, nor that the chisel marks from chipping away Domitian’s features were clearly visible. Nerva’s reign was brief.

Of course, for art lovers the list of important works destroyed in an iconoclastic fury is long and often tragic. But sometimes a piece survives and is enhanced by its brush with destruction. The statue of Edward Colston is now a richer object for its dunking in Bristol Harbour. We can place Hubert Le Sueur’s equestrian statue of Charles I in the same category. After Charles’s execution in 1649 the statue was ordered to be melted down, but an enterprising metalsmith buried it in his garden. He sold trinkets he claimed had been made from the molten statue to celebratory Roundheads and mournful Cavaliers alike. But when Charles II regained the throne, he dug it up and sold it back to the authorities. Its resurrection at Charing Cross symbolised the crown’s return.

Perhaps the best example of what to do with unwanted monuments is Coronation Park on the outskirts of New Delhi. On the same ground British King-Emperors and viceroys held their “Durbars”, and obliged Indians of all classes to pledge subservience to British rule, an array of statues erected during the Raj has been gathered from across India, taken down from public buildings and city centres. There they stare rather bemusedly at each other, their only admirers the local pigeons, and the occasional British tourist. The removal of such statues was a necessary act of Indian self-rule, but their preservation is a reflection of India’s dignified magnanimity after centuries of colonial occupation.

If such monuments do have a connection to history, it is because they attempt to shape it, not reflect it. To believe we can learn history from them is like a judge choosing only to hear testimony from the defence. Public statues are political acts; when the politics change, so must the statues.