Why we cancelled the 2020 FotoFocus Biennial and dispersed its $800,000 budget as arts grants

As the coronavirus pandemic raised concerns about their 10th anniversary event plans, the leaders of the Cincinnati festival explain why they decided to support the local arts community instead 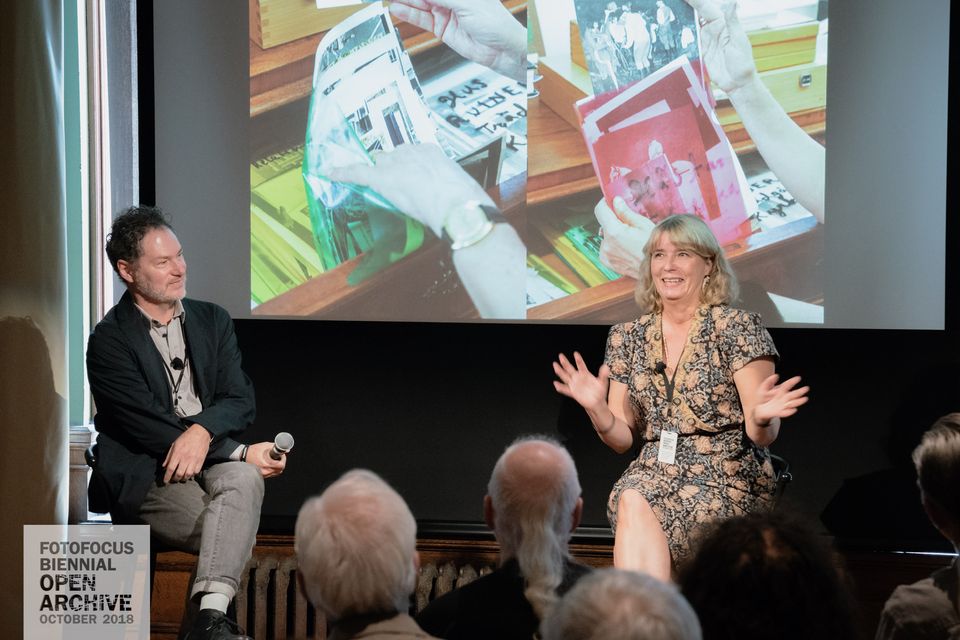 A recent New Yorker cartoon shows a building façade with windows full of self-isolated children, and one of them saying: “Remember, when we get back outside, it’s still the top of the fifth. Jodie’s on second, Noah’s at bat, and the count is one-and-two.” The attitude is naive but it is a prevalent one—or has been until recently, perhaps. The coronavirus (Covid-19) pandemic has imposed a great pause on life, including cultural and professional life, and it seems to have occurred so suddenly. As recently as the first week of March, Armory week in New York City, people and revenues were flowing at art events, albeit with a little hesitation (the elbow-bump had replaced the handshake and kiss). By March 22, New York was in a statewide lockdown and Ohio followed suit the next evening.

Certainly, the hope among arts organisations, as with all kinds of businesses and activities globally, is a return to normal as quickly as possible—to sit patiently for now and, when the time comes, simply flip the lights back on. Yet as the weeks go by, a new reality sinks in: unremitting stay-at-home orders, including restricted travel, with no hard end in sight; long term social distancing and bans on congregating; the probability of recurring outbreaks and the fear those engender; widespread material hardship and economic loss; and the disruption or failure of distribution systems of all kinds, notably the US Postal Service—all of which have a huge impact on arts organisations such as FotoFocus and their ability to fulfill a mission to display and foster social experiences around art.

The arts face such urgent challenges and more. Despite recent and somewhat clichéd proclamations of the arts being central to our lives, they are often also seen as the ultimate non-essential work—as a higher branch of the entertainment industry, to put it most disparagingly. This is not the place to argue for the value of the arts, but to mention that countless people are employed in the creative industries (almost 300,000 in Ohio) and arts revenues comprise a significant portion of a given region’s annual income—over $40bn to Ohio’s economy annually. This does not even take into consideration the harder to define ways in which the arts enrich communities as a whole. The real possibility that many arts institutions, their employees, and the artists they support will founder during this global crisis is a personal reality for many and a cultural tragedy for everyone.

FotoFocus is a collaborative venture, involving more than 100 venues and over 450 artists regionally, not to mention the artists, curators, participants, and visitors who travel to Cincinnati for the biennial and other events. Our mission is to lift up and showcase the arts community of our region. If our first impulse at the Covid-19 outbreak was to proceed with the October 2020 biennial, hoping for a return to normal by then, and to transmit a leadership message of solidarity, determination and optimism to our community, another more urgent purpose soon became apparent: to protect our collaborators and to foster a collective long term future by letting go of plans for the immediate future. So often, the automatic impulse to face a crisis by carrying on, by staying the course and feigning normalcy, can do more harm than good. To attempt some version of FotoFocus at this time, in this climate of ongoing crisis, would, by that measure, be a failure; it would impose a burden on our partners and compromise their safety in a time when they are already under tremendous strain.

Clear-eyed leadership and imaginative thinking are essential to the survival of not just arts organisations but democratic society as a whole.

This year happens to be the ten-year anniversary of FotoFocus, and larger than usual plans were underway, to celebrate both past and future growth. Quickly realising that if the biennial could happen, it could only happen in some compromised form: with fewer than expected shows, a limited audience, or as online content (which may be an expedient solution to already planned programming for many organisations, but for us, during this special year, could only be a disappointment). So instead of soldiering on and hoping for the best, or even postponing, we decided that FotoFocus would lift all pressure and become a grant program for the year, in an effort to support our colleagues and collaborators, and look ahead to the not-so-distant future for the 2022 edition of the biennial.

To that end, FotoFocus is granting to our partners the entire sum of $800,000—the amount we would usually distribute to support the biennial—plus an additional 10%, in honour of our ten-year anniversary, to get them through this difficult time. The grants are unrestricted. For not only has the public health crisis impacted our ability to plan and therefore make confident decisions for October, it has placed an existential strain on our community that must be addressed in some form. There are many unknowns and we believe that supporting our art community outweighs any of our previous concerns.

While we feel fortunate that we are able to respond in this way, we realise that every institution or funding agency is not in a similar position—we all do what we can, as a collective. What this crisis has exposed more than anything, is that clear-eyed leadership and imaginative thinking are essential to the survival of not just arts organisations but democratic society as a whole. Let us hope that, when the lights do flip back on, we don’t simply return to normal but to a world that is better than normal.

• Mary Ellen Goeke is the executive director, and Kevin Moore is the artistic director and curator, of the FotoFocus Biennial in Cincinnati