The artist duo Christo (1935–2020) and Jeanne-Claude (1935–2009) created some of the most important, impactful and popular works of the 20th and early 21st century. Their ambitions new no bounds and the works, which were self funded, often took many years or even several decades of planning before they came to fruition. Here are some of their most memorable pieces. 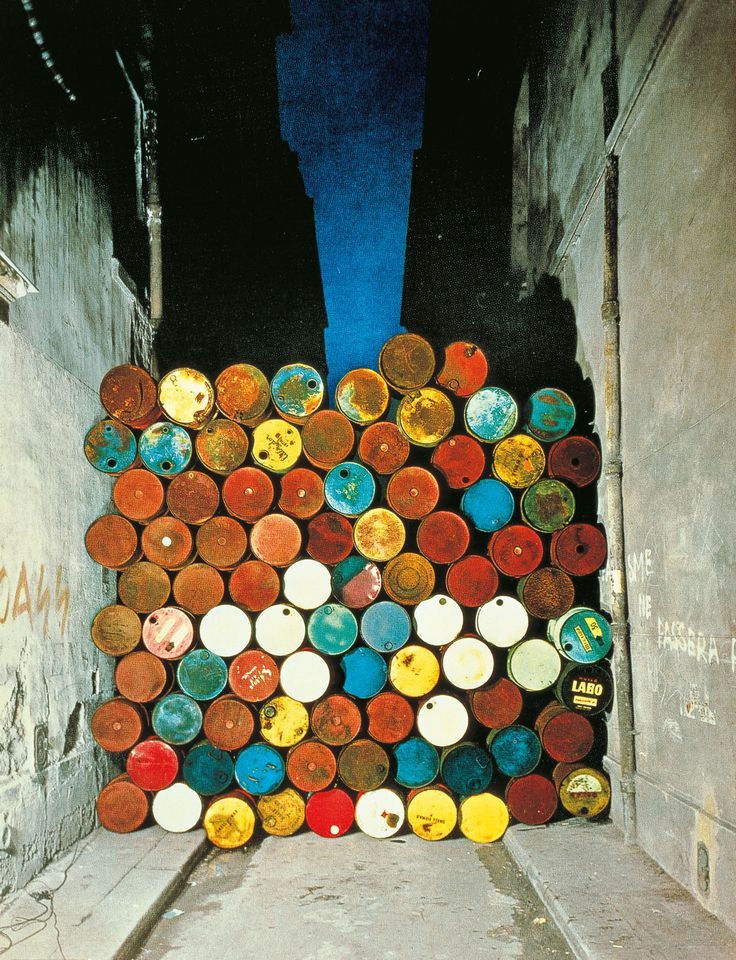 In June 1962 Christo and Jeanne-Claude blocked off the Rue Visconti in Paris, the city where they met and lived at the time, with 89 used oil barrels. The work alluded to both the recently built Berlin Wall and the protests against the Algerian War, which also used barricades. “Coming from a communistic country as a political refugee I was eager to do my own iron curtain which blocked an entire street,” Christo told The Art Newspaper in 2018. The wall was in place for only eight hours, but it proved to be the first significant use of oil barrels in the artists’ work, which were later used on much larger scales in works such as The London Mastaba (2016-18). 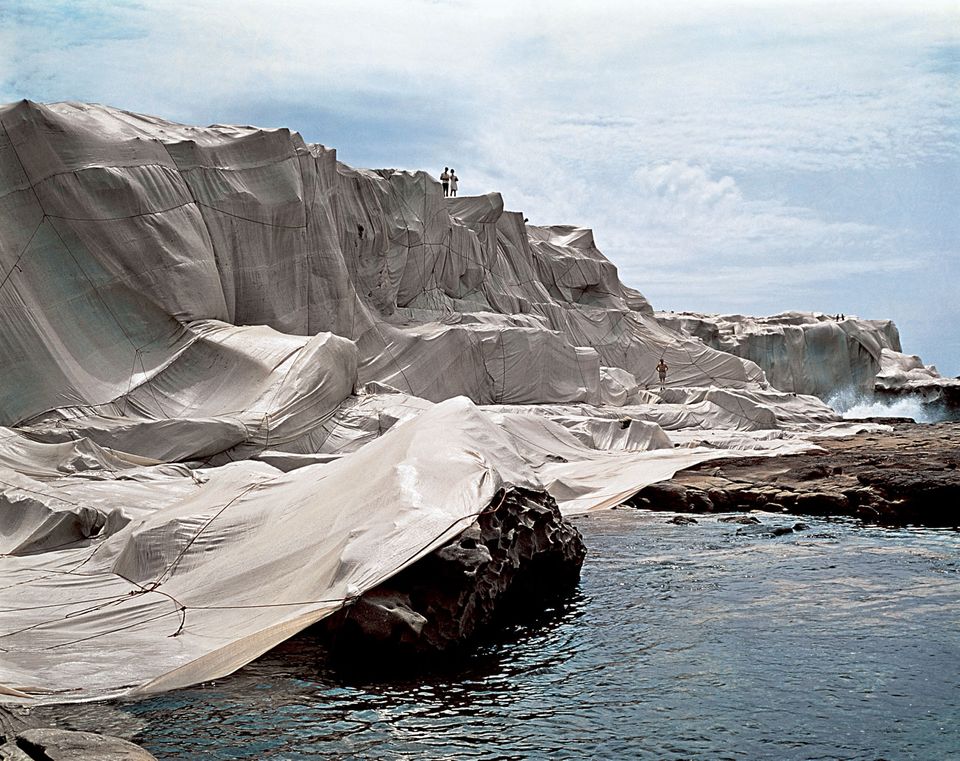 You think you would need an army to wrap 2.4km of Australian coast in 92,900 sq. m of synthetic fabric. And in a way that was what Christo and Jeanne-Claude went for, recruiting a retired major from the Army Corps of Engineers to lead more than 100 workers, including 15 professional mountain climbers to lay and attached the fabric using 56km of polypropylene rope. The work, their biggest at the time, and one of the largest works of art ever made, remained in situ for ten weeks. 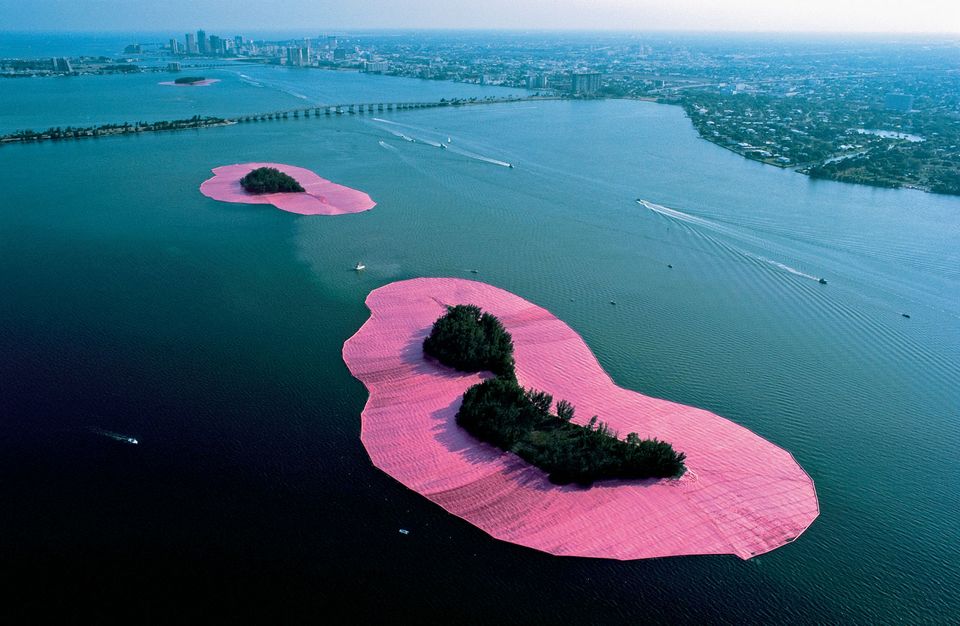 If there is a colour that sums up the popular idea of 1980s Miami it has got to be neon pink. But Miami at the time was also a deprived and fractious city, with police brutality and race riots. Encircling the contours of 11 uninhabited islands in the Biscayne Bay, seemed like a mammoth task. Christo and Jeanne-Claude had to go to federal court to get permission for the work, which entailed surrounding the islands with 603,900 sq. m of bright pink polypropylene fabric. Each island was assigned a “captain” and more than 400 workers were recruited to install the piece. The islands were also referred to as the “beer can islands” at the time, Christo would later say, and the team had to remove 40 tons of rubbish including refrigerators, tires, mattresses and an abandoned boat. The installation took place the same year that the Center for the Fine Arts opened, which would later become the Pérez Art Museum Miami, whose director Franklin Sirmans said yesterday: “Making art out of fear… while Christo spoke of his own personal trauma as a refugee, his work for Miami was a healing machine meant to bring people together in the wake of #arthurmcduffie [McDuffie was killed at the hands of four policemen, who were acquitted leading to race riots] #marielboatlift [the mass immigration from Cuba] and capitalist violence 1980-1983.” 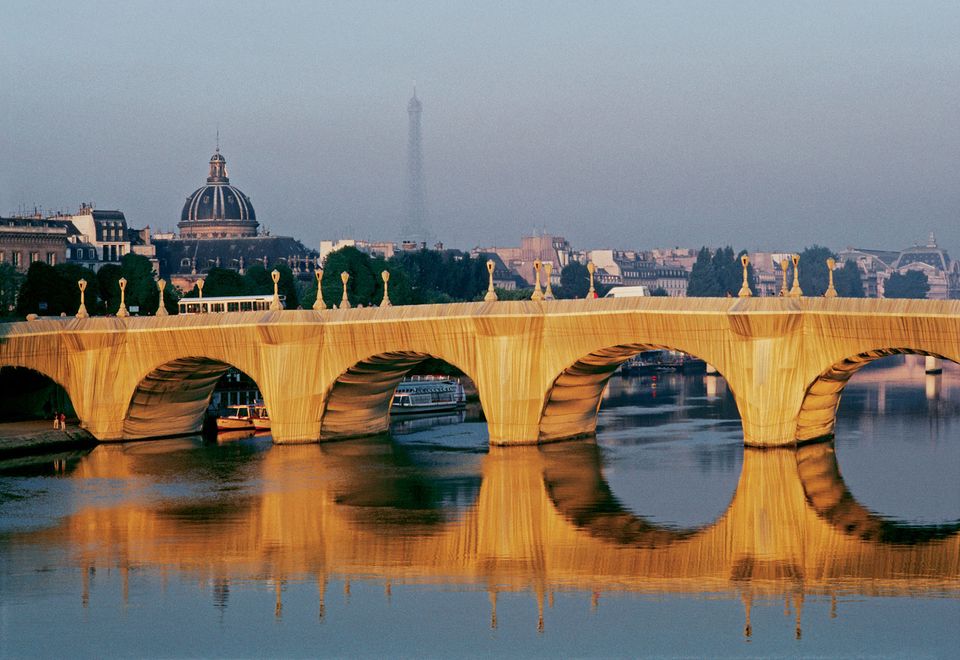 In September 1985, 300 workers wrapped the Pont Neuf bridge in central Paris with 41,800 sq. m of sandstone-coloured polyamide fabric using 13km of rope and 12 tons of steel chain. Christo saw his and Jeanne-Claude’s wrapped works very much as sculptures in the classical sense, one time comparing them to Auguste Rodin’s famous sculpture of Honoré de Balzac, adding that “like classical sculpture, all our wrapped projects are not solid buildings; they are moving with the wind, they are breathing. The fabric is very sensual and inviting; it’s like a skin.” 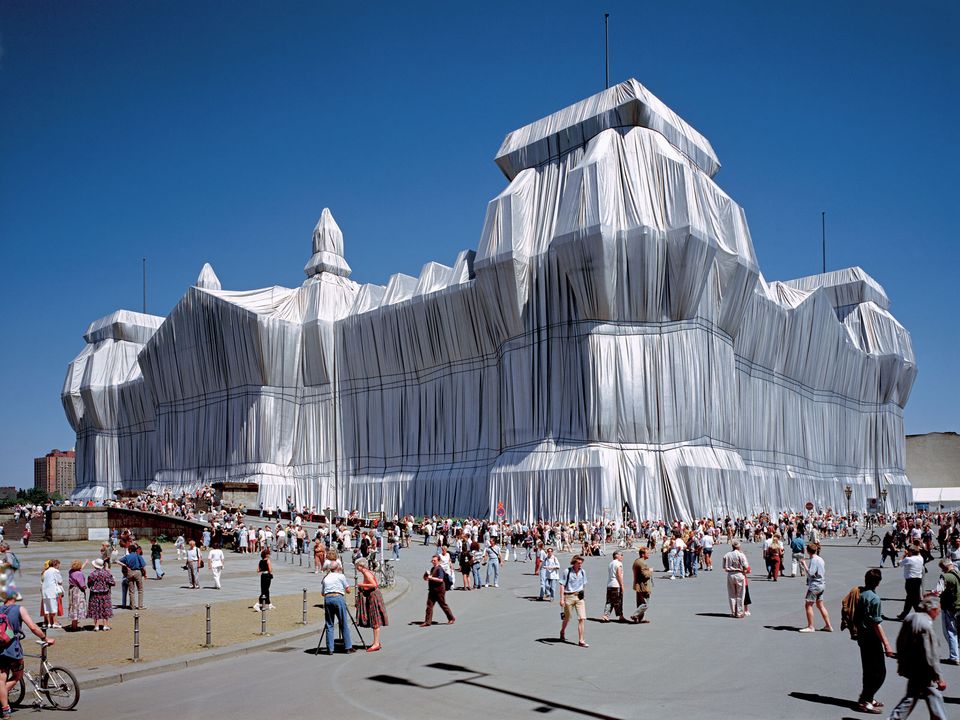 This is perhaps the work that thrust Christo and Jeanne-Claude into the public consciousness, a feat that still seems incredibly audacious today. In 1995, for two weeks, the at-the-time disused German parliament was wrapped in 100,000 sq. m of silvery fabric fixed with 15.6km of blue rope. The work was conceived of in 1971 at a time when the Reichstag lay on the border with East Germany; it was later to be the location for the official German reunification in October 1990. The building was wrapped before it was reconstructed for the German parliament to move back in 1999. Speaking to the Guardian newspaper in 2017, Christo said: “In the course of 24 years, we worked with six different presidents of the Bundestag and were refused three times. I was so depressed, I was ready to give up. Then finally, in 1994, it went to a vote and we won.” The artist couple moved to New York in 1964 and more than four decades later, in 2005, created The Gates, a series of square arches with saffron-coloured fabric hanging down from them running along the path's of Central Park. The 7,500 gates varied in width, changing to suit each path, and they were in place for 16 days. The project employed 600 workers to install them along the park's 37km of walkways. 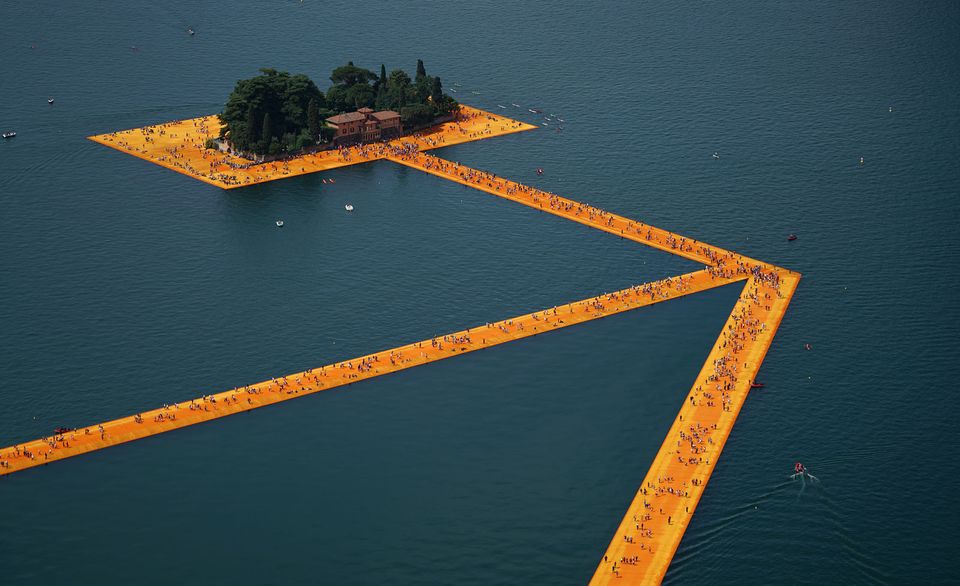 The Floating Piers on Lake Iseo in northern Italy was the first major project that Christo carried out after the death of Jeanne-Claude in 2009. The project, using 100,000 sq. m of golden fabric, nearly overwhelmed the towns and villages around the lake as a whopping 1.2 million visitors came to see and walk on the 3km of fabric and floating walkways during the 16 days they were in place. It was 2016’s most popular work of art in The Art Newspaper’s visitor figures survey and made headlines worldwide. Christo described it at the time as “the most spectacular set I’ve worked in”.