Do Ho Suh: the fabric of life

As shows of his work open at opposite ends of the US, the nomadic Korean-born artist explains how his coloured cloth installations reflect his transient existence

The Korean-born artist Do Ho Suh has made moving around the world—from Seoul to New York and now London—his life’s work. His sheer fabric structures, which replicate the architecture of his past dwellings, give shape to the transience, dislocation and shifting identities that Suh has known. Now the sculptures themselves are hitting the road: in February, the Cincinnati Contemporary Arts Center (CAC) opened Passage, a solo exhibition of predominantly new work (until 11 September), while the Museum of Contemporary Art San Diego is the latest US institution to host the artist’s mid-career survey (18 March-4 July) with a presentation of several of the cloth installations, along with videos and works on paper.

The Art Newspaper: Your cloth houses evoke feelings of both rootedness and uprootedness. Does the fact that the sculptures themselves are now travelling around the country add anything to the way you think about the work?

Do Ho Suh: It’s a strange feeling. Previously I’ve had shows travel to a couple of different places, but never as extensively as this US tour. I feel like I’m in a rock band or something, going to all these small towns. It’s funny because the same pieces are travelling from one end of the US to the other, but each venue is completely different, so each time I show the piece in a different space or location it actually achieves a different layer of meaning. I think it’s kind of similar to my personal experience of leaving home and coming to a different country and moving around, but this time it’s the work itself that is experiencing different things. But because of the specificity of the museum space, I don’t think the Cincinnati show can be replicated. It is very much sitespecific; the whole show is about this transient experience, moving throughout the spaces within the museum and using your body. 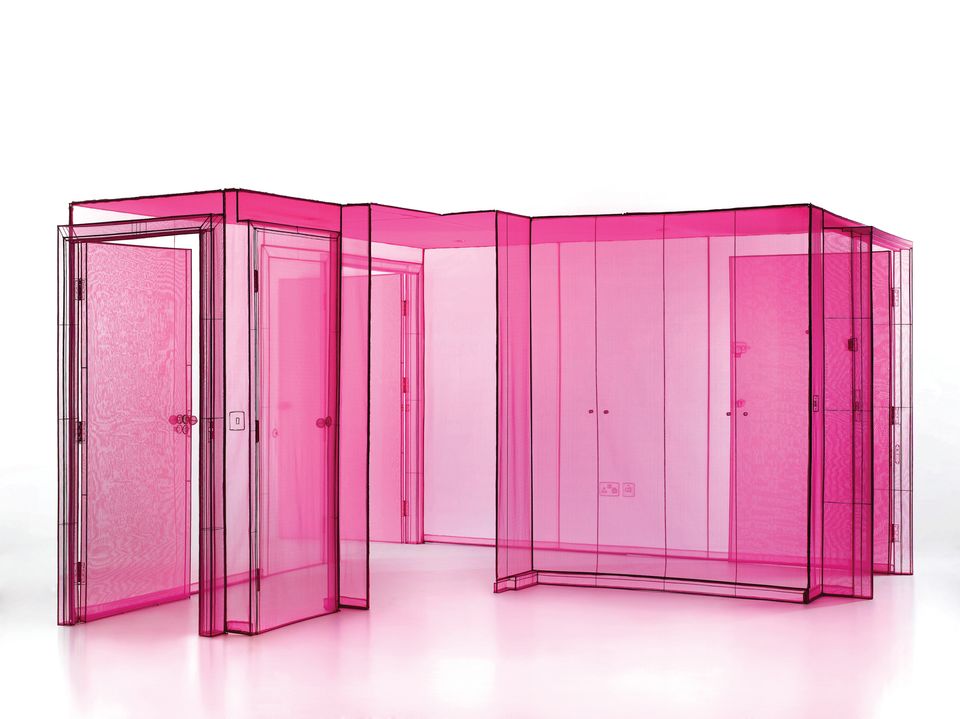 The CAC was Zaha Hadid’s first building in the US. How did its angular, unconventional architecture influence the making of your exhibition?

I had been thinking about my Hub series before I was invited to Cincinnati, but sometimes you need to find the right time and place to realise an idea. For me, CAC was the great opportunity to make this project happen. The space is quite challenging and yet quite interesting—it’s not a typical white cube. There’s no clear distinction from one gallery to another, so I saw it as one continuous space. Every room has different ceiling heights. The ramp goes all the way to the fourth floor and they have a very tall space with a skylight. It’s the perfect place for my show, which is titled Passage because of the work’s relationship to the museum’s architecture. The way the exhibition is designed, you go through different spaces and in my practice I’ve been interested in these different kinds of transitional spaces. So the Hub series is part of this.

How does the Hub series differ from your previous architectural works?

These are architectural pieces that are not designated with any particular function. They are basically in-between spaces, like from the bedroom to the kitchen. You can call it a corridor maybe, but a Hub looks like a room: it’s more square, not long and rectangular, and it has three or four doors because it leads you to the different spaces. Conceptually, the core of the piece is quite similar to older work and when you connect these things together it becomes the passage—the journey of my life over the past 20 years or so starting from Korea and going to the US, Germany and England. 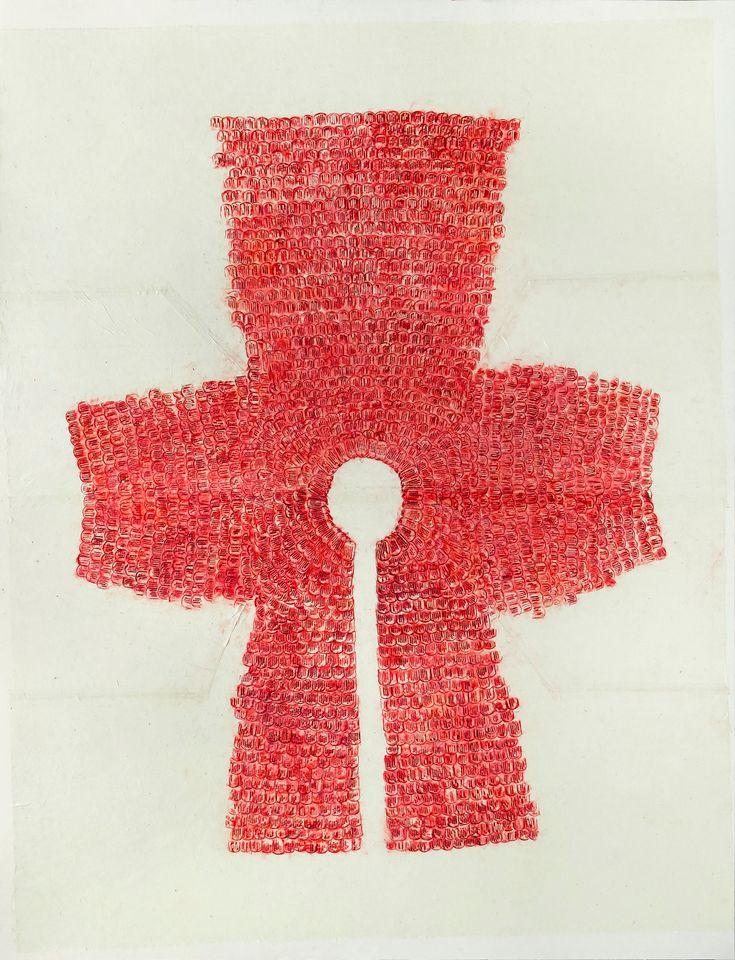 The fabric homes that you are known for today look very different from some earlier works, like your 2001 jacket made of military dog tags, Some/One, or your assemblage of high-school uniforms from 1997. How do these relate to your architectural works?

The idea of the clothing is quite interesting because it is related to architecture as well. I see clothing as the smallest and most habitable space that you can carry with you. Architectural space is similar, it’s just a little bit bigger. They both protect you. All the architectural pieces are made in fabric as well, so for me it is a clothing for the space. I see architectural space as a body.

In recent years you’ve become a father and moved to London. Has this change of identity influenced your work?

There’s a three-channel video in the CAC show which is, for me, a more personal and intimate piece because my daughter is involved. My move to London from New York, roughly five years ago, coincided with the arrival of my first daughter. We were both new to this city of London and we were both exploring the area by my pushing her pram around the streets. I installed three GoPro video cameras on the top of her stroller, so one camera captures the front view and two cameras capture the right and left. The video is a kind of street scene, and it’s going to be projected in a small, immersive environment we created in the museum. There’s also a sound element: ambient sound from the street and conversation between father and daughter. My daughter is really young so some of the things she says are gibberish; other times she sings and talks to herself. Then we also talk together, both in Korean and English. We took some shots in Korea as well and cut them into the London scene. There’s a lot of crossing cultural and geographical boundaries within the film. 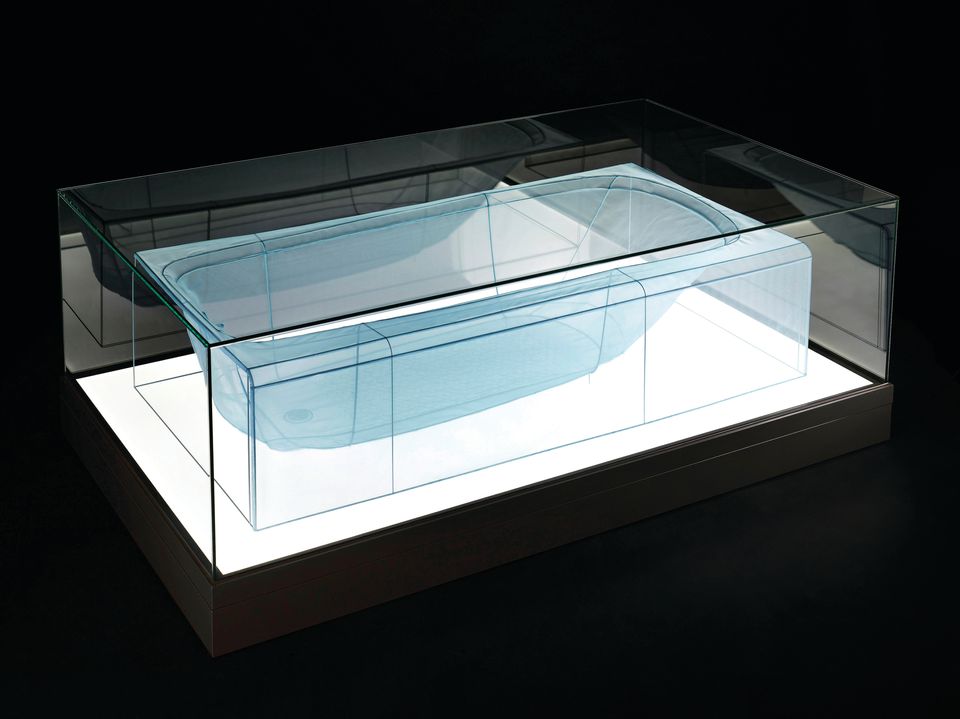 Do you think you’ve found your final home?

I thought I was going to stay in New York forever, but life took a turn I never expected. I think adding another city to New York somehow helped me come up with these projects; it’s really about this continuous movement of your body through the space and that’s how you experience the meaning of displacement. If I had stayed in New York it would have been a different story. So it’s an open question, whether I will stay in London or move somewh ere else. My perspective on life has changed so that I feel I should be more flexible and open. All of the pieces in the show give a sense for me of a kind of open-endedness.

Represented Korea at the 49th Venice Biennale in 2001. Showed at the 2012 Gwangju Biennale, the 12th Venice Architecture Biennale in 2010 and the sixth Liverpool Biennial in 2010.

The first survey exhibition of Suh’s work in Europe was presented at the Serpentine Gallery, London, in 2002.