More than 600 works on paper spanning nearly three decades have been collected together in a new publication devoted to the US artist Kara Walker, who rose to prominence in the mid-1990s for her provocative works addressing the Black experience. The book includes both finished drawings and preliminary sketches for some of her major works, offering viewers a candid look into Walker’s thinking and working process. Most of the images come from the artist's private archive and are reproduced in print for the first time.

The publication includes essays by Anita Haldemann, Maurice Berger and Aria Dean, and was made in collaboration with the Kunstmuseum Basel, which will open a major retrospective dedicated to Walker in June. The show is envisioned as a deep-dive into Walker’s imagination, comprising a trove of these previously unknown and sometimes shocking archival materials, which Walker has hidden from the public until now. The show is due to travel to the Schirn Kunsthalle Frankfurt and the De Pont Museum of Contemporary Art in Tilburg, Netherlands.

“I feel a certain wonder not only at this profusion of material, but also at the impulse I had to keep it, in file folders marked 'Image Sources' or in archival boxes, some that I viewed unfit for human consumption,” Walker writes. “Yet I secreted it away, betraying some urge to talk about it later, an urge toward radical openness that any proper and studied artist would prefer to keep in check.”

She adds that title of the exhibition and book, A Black Hole Is Everything a Star Longs to Be, derives from a scrawled hand-written note that evokes the “rejection of blind subservience to patriarchal demands” in the art world, and the “Anti-Art Star who finds more promise in the dark gravitational forces of the Black Hole”. The sentiment alludes to the sometimes adverse reactions to her work from both Black and white audiences.

Walker was born in Stockton, California, in 1969 and is currently based in New York. She is best known for her racially-charged silhouette works, which she has described as lending themselves to the avoidance of the subject of race. Some of the artist’s high-profile projects include the monumental sphinx sculpture A Subtlety (2014) at the Domino Sugar Refinery in Brooklyn and Fons Americanus (2019) at the Tate Modern, which was inspired by the Victoria Memorial near Buckingham Palace and dealt with colonialism and the transatlantic slave trade. 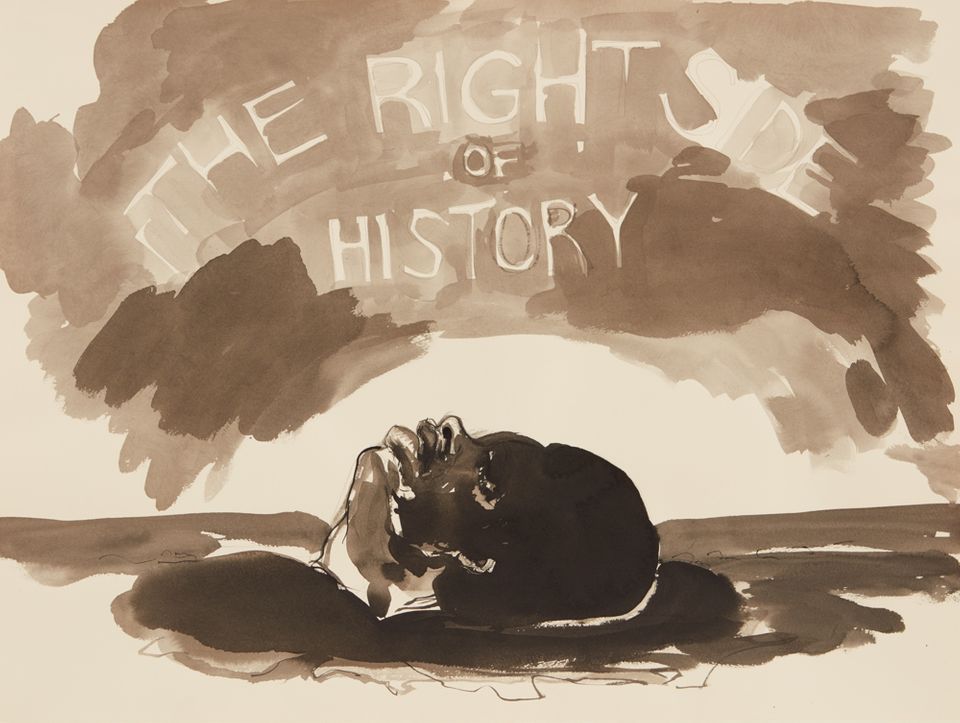 The severed head of a Black man in a pool of blood evokes Théodore Géricault’s images of public executions in the early 19th century and “calls to mind the countless Black victims of violence in the US”, writes Anita Haldemann, the deputy director of the Kunstmuseum Basel and head of the museum’s print and drawings department. In the wake of racial justice protests worldwide, the work asks viewers to consider whose stories are told and left untold, and the historically muddied distinction between right and wrong. Walker “has hidden these drawings from the public and sometimes also from herself because they were either too intimate and too painful or too shocking to face them herself or to confront the audience with them,” Haldemann told The Art Newspaper. 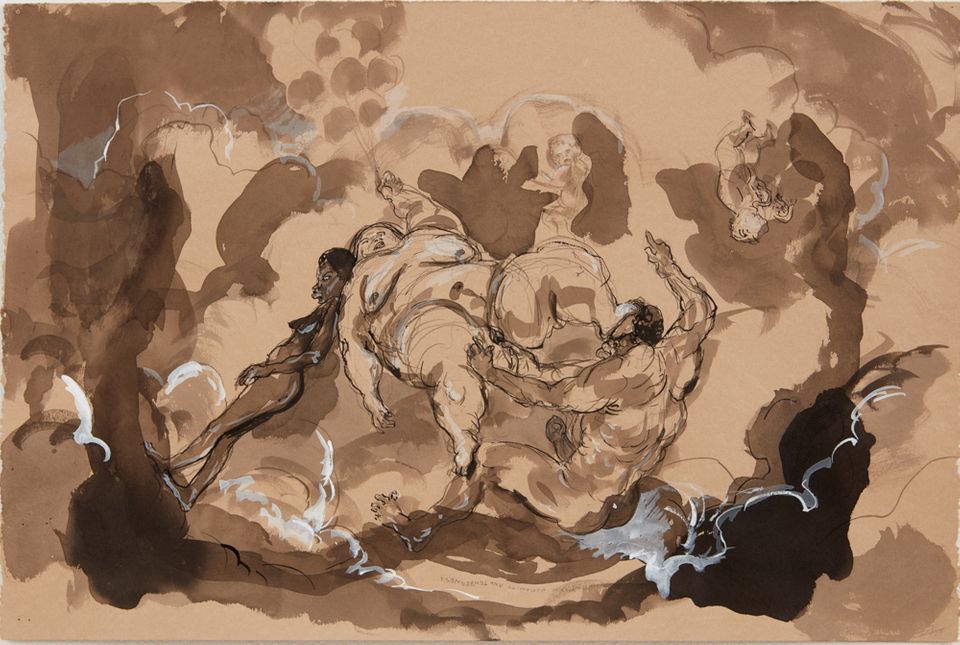 The forthcoming Kunstmuseum Basel exhibition will delve into the influence of Old Master drawings on Walker’s practice. “She liked the idea of showing her work in a museum that has a very important Kupferstichkabinett, meaning one of the oldest public collections of prints and drawings,” Haldemann says. 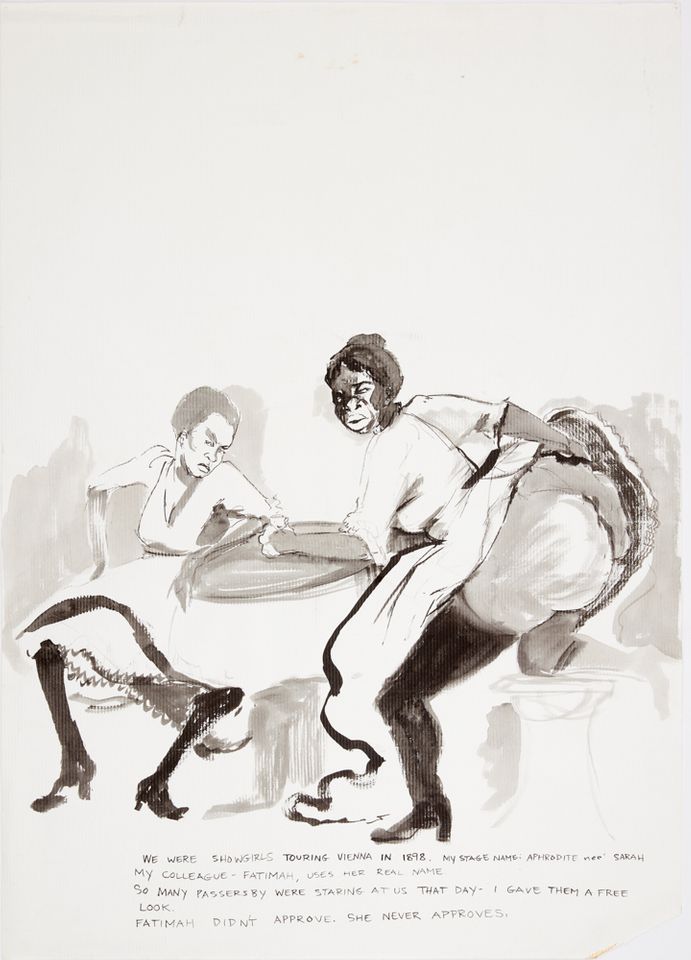 Walker’s “voluptuous and hyper-sexualised mammy plays on historic stereotypes of Black women, venal imagery born in the era of slavery handed down through the ages”, wrote the late curator Maurice Berger in the book. “While her monumental imagery dwarfs the spectator, the drawings keep these disquieting pictures to human proportions [that] require attentive and sustained viewing.” 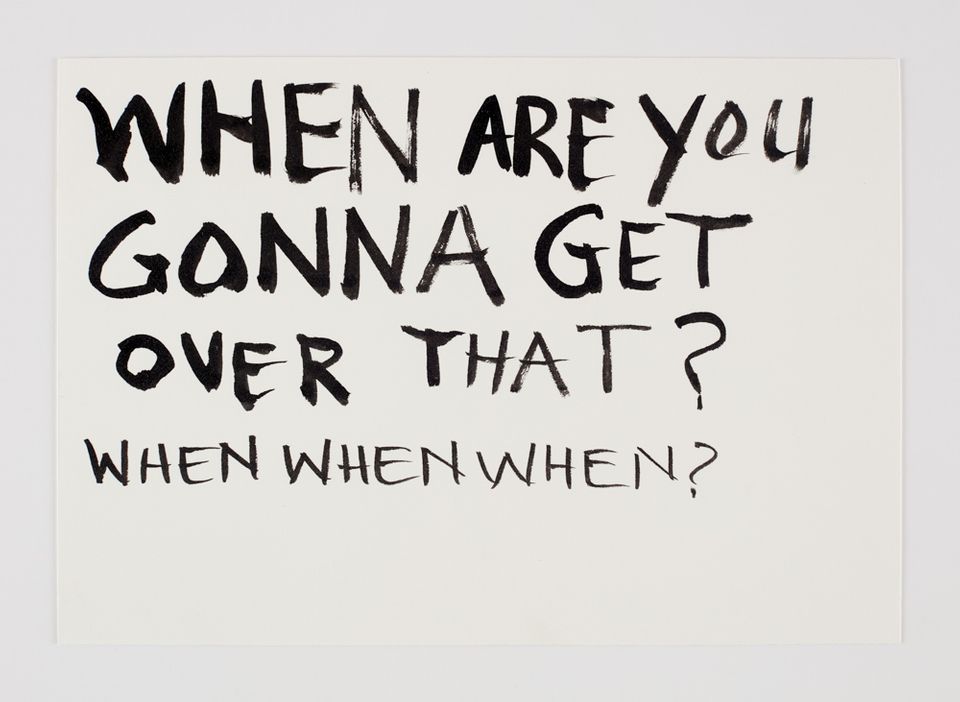 From a suite of 31 works comprising ink, watercolour and graphite on paper titled Only I Can Solve This (The 2016 Election) (2016) © Kara Walker. Courtesy JRP Editions.

This drawing is part of a suite of 31 text-based works in which Walker shares emotionally-charged reflections on the 2016 presidential election, the rise of white supremacist rhetoric after the departure of President Barack Obama, the relentless police violence inflicted on Black Americans and other themes. The poignant, poetic works and notes simultaneously reflect both universal and deeply personal feelings, from agitation to despair. 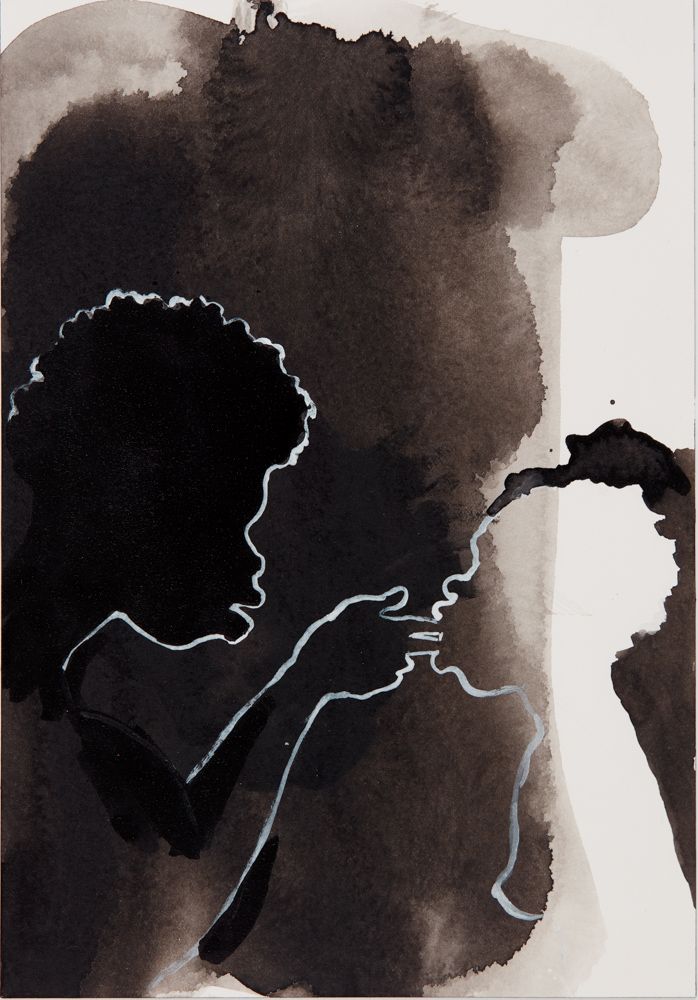 “As the artist’s fingers work across the page, they summon a desolate history as well as a visceral present through marks, smudges, washes and erasures,” Berger writes in the catalogue. “The nuanced surfaces of her drawings resonate with unconscious, but also relatable, quirks, fears and desires. The spontaneity, intensity and magnitude of Walker’s process—she completes as many as 100 drawings at a time—enhances the ability of the drawings to reveal these unconscious impulses.”