By using The Art Newspaper website you agree to our use of cookies as described in this Cookie Policy.
Close notice
ePaperNewsletter
A still from Adam Patterson’s Looking for ‘Looking for Langston’ (2019), a performative video work in search of Isaac Julien’s 'Looking for Langston', shown earlier this year at Alice Yard in Trinidad. Photo credit: Commissioned for Edge of an Era by Live Art Development Agency

Caribbean artists step into the spotlight

Ebony G. Patterson has experienced the type of success most artists can only dream of. The 38-year-old Jamaican’s soft sculptures, lavish tapestries and poignant videos are sought by curators and collectors around the world for their depictions of black youth culture. In the past four years alone, she has exhibited at more than 60 arts organisations, including an immersive installation last year at the Pérez Art Museum Miami (Pamm), and is preparing for several forthcoming solo shows in New Orleans, Denmark and elsewhere. 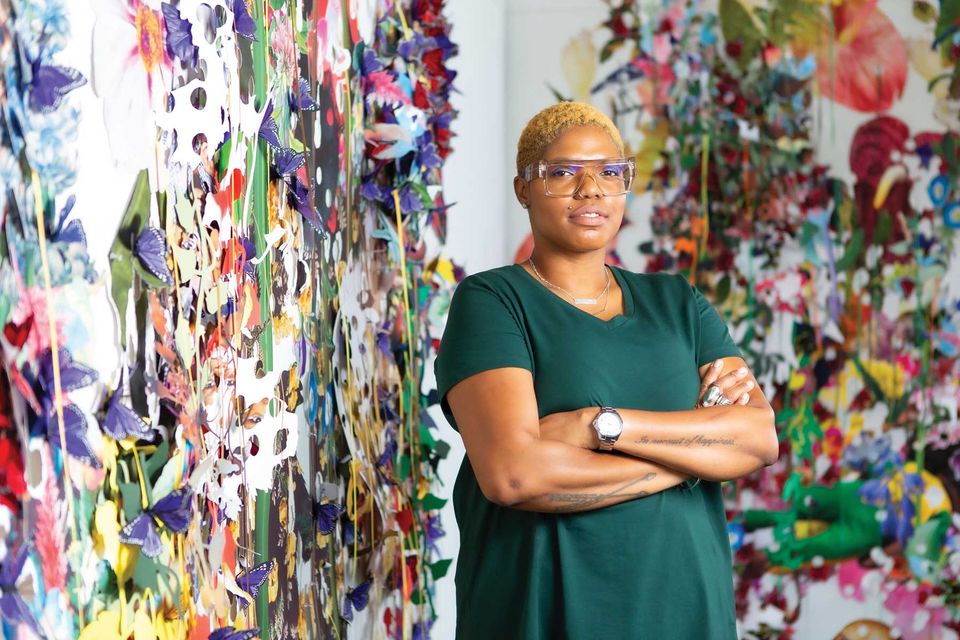 Artists from the Caribbean and its diaspora are experiencing an unprecedented level of institutional support. Their long-awaited step into the spotlight comes on the crest of several research initiatives at leading American foundations, backed by multi-million-dollar budgets that aim to destabilise the established Eurocentric view of art history. But while these programmes have brought new voices to institutional collections, artists say their gains have been hard-won. “We’ve always been in the room,” says Patterson, who has works on display with Chicago’s Monique Meloche Gallery at Art Basel in Miami Beach’s Nova section (for work created within the past three years). “What has changed is that museums are finally acknowledging our presence.”

But more could be done, artists say, and many have expressed frustration that Caribbean culture is often subsumed under a Latin American umbrella, when the region holds its own distinct set of values and inspirations. Specificity is important when talking about a region comprised of 26 countries containing more than 44 million people. And many art historians are only just beginning to grasp the diversity of each island; previously, most research focused on the Hispanic and Francophone countries, such as Haiti and Cuba, rather than Anglophone ones such as Jamaica.

Not that Caribbean artists have waited for approval from academics to create their work. Local artist-run initiatives such as Alice Yard in Trinidad, Fresh Milk in Barbados and the New Local Space in Jamaica have empowered artists to think boldly within their own communities. Museums such as the Fondation Clément in Martinique and the National Gallery of the Bahamas have also paved the institutional inroads between regional artists, outside curators and international audiences.

Stateside, Pamm has become a champion of the region’s artists. It is currently showing The Other Side of Now: Foresight in Contemporary Caribbean Art (until 7 June 2020), a survey of 14 artists organised by associate curator, María Elena Ortiz, in collaboration with the cultural studies scholar Marsha Pearce from the University of the West Indies in Trinidad and Tobago. And this summer, the Miami institution announced it had received a $1m gift from the Andrew W. Mellon Foundation toward its new Caribbean Cultural Institute. Other US museums have followed Pamm’s lead, deepening their ongoing efforts in Latin America. The list includes New York’s Whitney Museum of American Art, the Museum of Modern Art (MoMA) and the Solomon R. Guggenheim Museum.

Internationally, a new Swiss foundation, the Kulturstiftung Basel H. Geiger, announced that its permanent exhibition space in Basel will open in June with a show organised by the Caribbean Art Initiative, a non-profit group devoted to promoting Caribbean culture around the world.

“One of the problems with the Caribbean is that we tend to be pigeonholed,” says Veerle Poupeye, the National Gallery of Jamaica’s former executive director, who last year participated in MoMA’s Contemporary and Modern Art Perspectives discussion on the region. “But there are artists who defy those expectations and move in different directions. We must make space for them and look at the region with an open mind.” 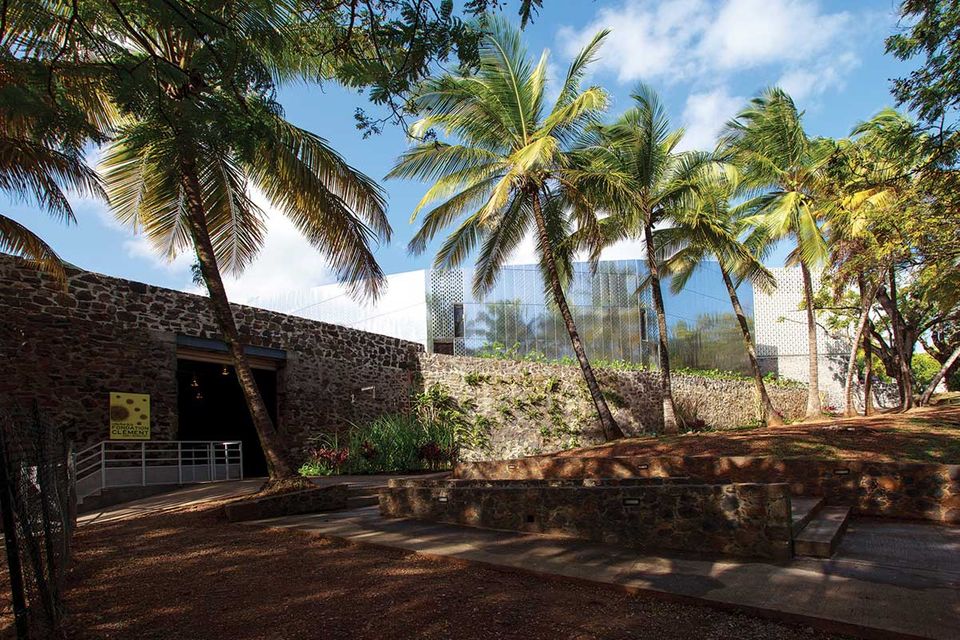 The Miami-based gallerist and collector Robert Borlenghi would agree. He began travelling to the Caribbean in the 1990s. His first trip was to meet the artist Edouard Duval-Carrié in Haiti. “I was shocked,” Borlenghi recalls of his encounter with the painter’s work. He had never seen anything like it—not as a founding member of the Museum of Contemporary Art in Los Angeles and not during his tenure on the acquisitions committee at the Los Angeles County Museum of Art. The experience changed Borlenghi’s life. In 2001, he opened Pan American Arts Project, a Miami gallery promoting artists from across Latin America, with a special focus on Haitian and Cuban artists. But it has not always been easy getting other collectors to invest in the Caribbean. “There is definitely a market for Cuban art,” he explains, “but most other Caribbean artists aren’t getting their due.”

But that could soon change. “Artists like Ebony Patterson are engines of possibility,” Poupeye says. “She isn’t the first Caribbean artist to achieve international success, but she is the first who trained locally. She is our first homegrown artist. For this moment to become a movement, we need to continue to strengthen connections between Caribbean institutions and the outside world.”

Christopher Cozier, an artist who is now a co-director of Alice Yard in Trinidad, experienced this dynamic shift first hand. In the 1980s, he left the island to study art in the US, where he encountered the work of famous figures such as Leon Golub and Martha Rosler. What he did not find were many self-identifying Caribbean artists in the US, nor many institutions willing to confront issues such as identity politics and post-colonialism. Somewhat alienated from the situation, he returned to Trinidad in 1989, and that turned out to be a pivotal move. “A certain conversation started in the 1990s,” Cozier says. “Curators were finally including Caribbean artists in shows such as the São Paulo Biennial, and new ones like the Havana Biennial and the Santo Domingo Biennial helped raise the region’s profile.”

For some time, Facebook was the Artforum of the Caribbean

But the biggest catalyst for change during that decade was technology. “The communications boom of the 1990s facilitated my career,” Cozier says. “Before that, it was hell to even speak on the phone [with a curator].” A generation later, he says Caribbean artists have found success online by using social media to attract the attention of international curators and collectors. “For some time, Facebook was the Artforum of the Caribbean,” Cozier notes.

Improved access to the region has also allowed artists to forge new connections with outside curators and crucial sources of funding. When the Jamaican artist Deborah Anzinger started New Local Space in 2012, friends told her there was no collectors base for contemporary Caribbean art. And Anzinger had already witnessed several colleagues leave the creative industry in the 2000s in search of a stable salary. But more recently, the trend has started to reverse. Fifty percent of New Local Space’s budget currently comes from the Prince Claus Fund in the Netherlands, but investments are also trickling in from US collectors, organisations and individual donors from other Caribbean countries looking to nurture the region’s artists.

Among the English-speaking islands, however, there is no museum devoted to contemporary art. That means institutions such as the National Gallery of Jamaica must carve out space among its historical collections to showcase work. “And because it’s one space, people fight over it,” Anziger explains.

Geopolitics can also play out in these museums, which are largely funded by the government. “There can be a high level of political involvement,” Poupeye says, recalling her time helming the National Gallery of Jamaica. “Doors open and close depending on which political movement is in place.”

But threats of upheaval have not stopped Caribbean artists from fighting for their place on the contemporary art stage. “The age of the gatekeeper is ending,” Patterson says, “and we are not waiting for anybody to notice us.”

about 1 hour ago
'Now is the time': UK artists and galleries unite for climate campaign to mark COP26 conference