Lost art: the joys of the ephemeral

The history of art is regularly punctuated by works that sound as if they were truly amazing but that were unfortunately always meant to be temporary. Take, for example, Giorgio Vasari’s Macchina Grandissima. In the spring of 1567, summoned by Pope Pius V, Vasari built a temporary structure in Rome that he described only as a macchina grandissima, an immense machine. It was a triumphal arch made of wood, installed around the main altar at the church of Santa Croce del Bosco; it held over 30 paintings in a structure that was flanked by columns and mounted with sculptures and had a large crucifix rising out of the top.

Vasari described it as “an immense machine that is almost a triumphal arch, with two large panels, one on the front and one on the back, and around 30 stories painted on small pieces of the structure, containing many figures made with the highest level of detail”. The fact that he oddly refers to this as a machine suggests that it was either movable (perhaps on wheels) or that it had moving parts (sections could be opened and closed). It was dismantled shortly after it was put into use for a brief time, perhaps even a single event, at Santa Croce del Bosco.

This is but one of innumerable examples, most of them event-specific. Renowned artists spent a disconcerting amount of time and energy on installations and decorations for major festivities. Weddings, banquets, tournaments, victory parades and the like called for artists to create backdrops, sculptures, even entire buildings that were only meant to last the duration of the event, after which they were disassembled or discarded. Some magnificent decorations were documented in paintings, but in most cases we have only tantalising descriptions penned by awed contemporaries. The works are long gone.

A modern equivalent might be the opening ceremony of the Olympic Games. The festivities for the 2012 London games, designed by the film director Danny Boyle, cost some £27m, all of which, along with the intensive preparations, went into a single spectacular performance, preserved only in pictures. 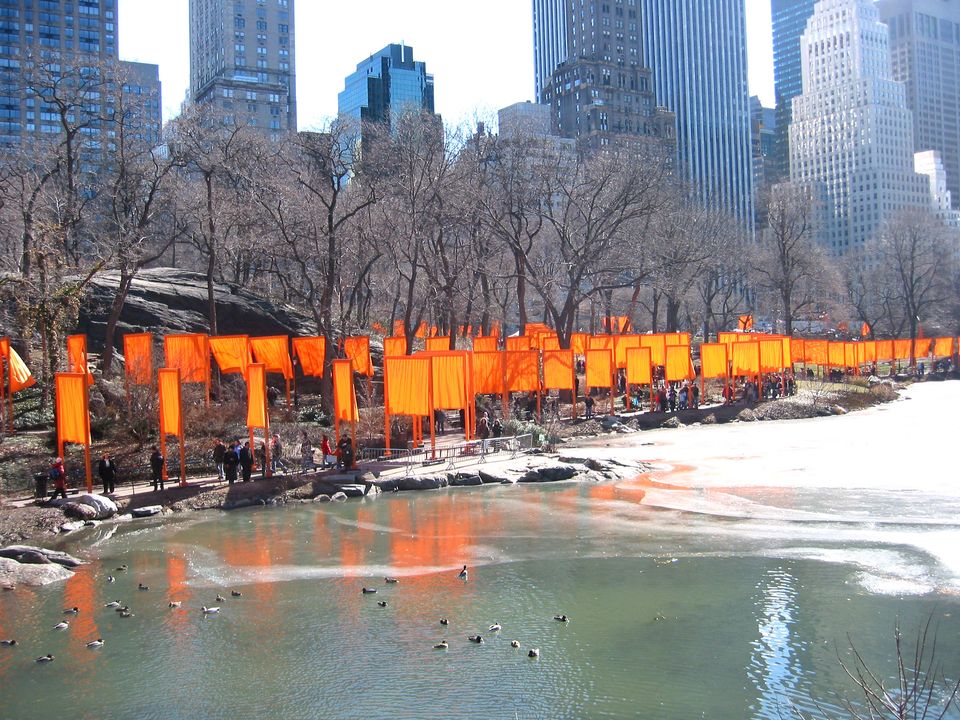 The artist Christo and his wife, Jeanne-Claude, built a career out of temporary art installations that could be experienced by anyone and that exist now only as photographs and preparatory drawings. The brevity of the window of time in which they could be experienced was part of their appeal, as were their occasionally remote locations; these became the culmination of a sort of artistic pilgrimage. From 22 September to 5 October 1985, the Pont Neuf across the Seine in Paris was wrapped in 40,000 sq. m of sand-coloured fabric. An estimated three million visitors saw the work and walked over the shrouded bridge. Twenty years later, The Gates was erected in New York City’s Central Park, comprising 7,503 framed gateways on the crossbeams of which hung saffron-coloured fabric that flapped loose in the breeze. The work existed only from 12 February to 27 February 2005.

Performance art is designed to be temporal. There may be relics of the events or of the destructions-as-art (photographs, written accounts, videos), but the real thing took place at a specific time, for a short duration, in a particular place. You were there, or you were not.

One such artwork that I recently visited is called Nowhere/Now here, by one of Slovenia’s most prominent contemporary artist, JAŠA.

In February JAŠA was contacted by the new owner of a renowned but somewhat passé hotel, Hotel Tartini, in the spectacular gem of a town called Piran, along Slovenia’s tiny Adriatic coast. They were planning a top-to-bottom renovation, the owner said, and wouldn't it be cool if a famous artist led the charge and recreated the hotel as a functional sleep-in work of art, one incorporating various media throughout the site-specific installation, even consulting on things like the cocktail list and the background music? It did sound tempting and perhaps seemed a unique undertaking, as he could think of no famous artist who had ever completely used a functioning hotel as a canvas. It was particularly appealing because, as JAŠA told me, “most of his commissions disappear into a private collection, and are only ever enjoyed by a handful of people from that point on. Here, everyone can walk through, walk within the artwork… or even stay overnight”.

JAŠA demanded carte blanche, and he got it. This spring, the new Art Hotel Tartini opened up, a fully functional seaside hotel that is also a Gesamtkunstwerk by a single great artist. 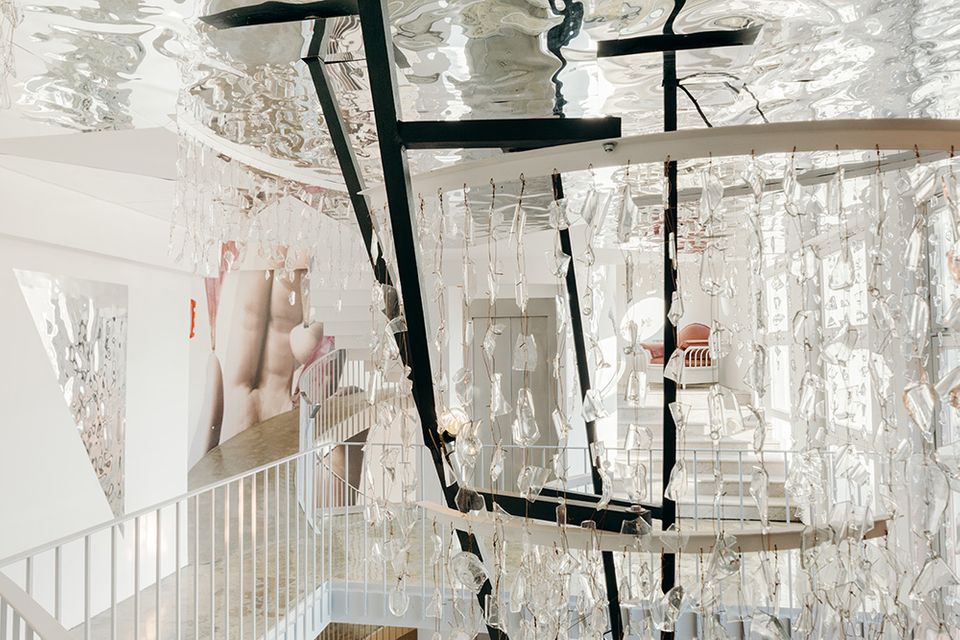 Inside the Art Hotel Tartini in Slovenia, a fully functional seaside inn that is also a Gesamtkunstwerk by a single artist Urša Premik

The resulting hotel really does feel like a complete work of art, in the Berninian sense of the term. The walls are inscribed with handwritten phrases or words by JAŠA, some of them with intentional misspellings that are crossed out. There is also a wide variety of line drawings painted onto the walls that appear random, but I learned when I interviewed the artist that each one of them is a tattoo that graces JAŠA’s much-inked body. It is astonishingly personal because most of his tattoos are not visible for general consumption, and yet here they are, blown up onto the walls of hotel rooms for strangers to look upon.

In the lobby there is a six-storey coiling spiral staircase and the centerpiece of the hotel, a five-storey-tall cast iron chandelier that looks like a jagged shard hanging from the ceiling. It is a magnificent piece with a rather bombastic title, I Would Like To Die in Beauty Before My Wings Become Strings of Ash Dancing within Silver Drops of Rain. While the aluminum looks like a piece of shrapnel, the crystal pendants of the chandelier sparkle in the light, pulling the sun deep into the heart of the lobby, which was once a dark space. But what at first looks like fine crystal, upon closer inspection is actually thousands of pieces of broken transparent bottle glass, upcycled and lashed together with brass wire.

Throughout the hotel and its rooms you can find photographs by JAŠA, a series of 43 self-portraits titled I Intend to Linger and See It All Bloom Again, and you can find handwritten text and hand-painted inside jokes. For example, there is a painting of a €5 note that appears to have been carelessly left on the floor and epoxied over. Elsewhere there is the stub of a cigarette, which turns out to be the painting of a stub of a cigarette. Whimsy and joy and experimentation percolate throughout. My preschool daughters enjoyed running the halls looking for surprises. This is as complete and multifaceted a work as one can get.

But it is also temporal. The initial plan is for JAŠA’s work to be in place only for one year. After that, the design may change. That means that this is the only chance to visit a great work of art that was always intended to be temporary. Those who experience it will savor their moments there far more than if they were to visit something with the rationalization, if not assurance, that they could always come back and see it again. Intentional brevity heightens appreciation and living in the moment. It’s a good time to book a flight to Slovenia.