Edward Woodman: the light and space of a golden era

For all that they were pigeonholed into movements such as the Young British Artists and New British Sculpture, artists working in the UK in the 1980s and 1990s were a diverse bunch. But one thing that linked many of them, across generations and social groups, was their desire for Edward Woodman to photograph their work.

A retrospective at the John Hansard Gallery in Southampton reflects the breadth of works he captured in that period, many of them now best known through his photographs. As Woodrow Kernohan, the director of the gallery, says: “As a young curator, a lot of my familiarity of some of those key temporary installations from the 1980s and 1990s really came through Edward’s photographs, which is something I only realised in retrospect. The familiarity and fluency with some of those temporary projects was made possible through the way Edward captured those installations and events.” 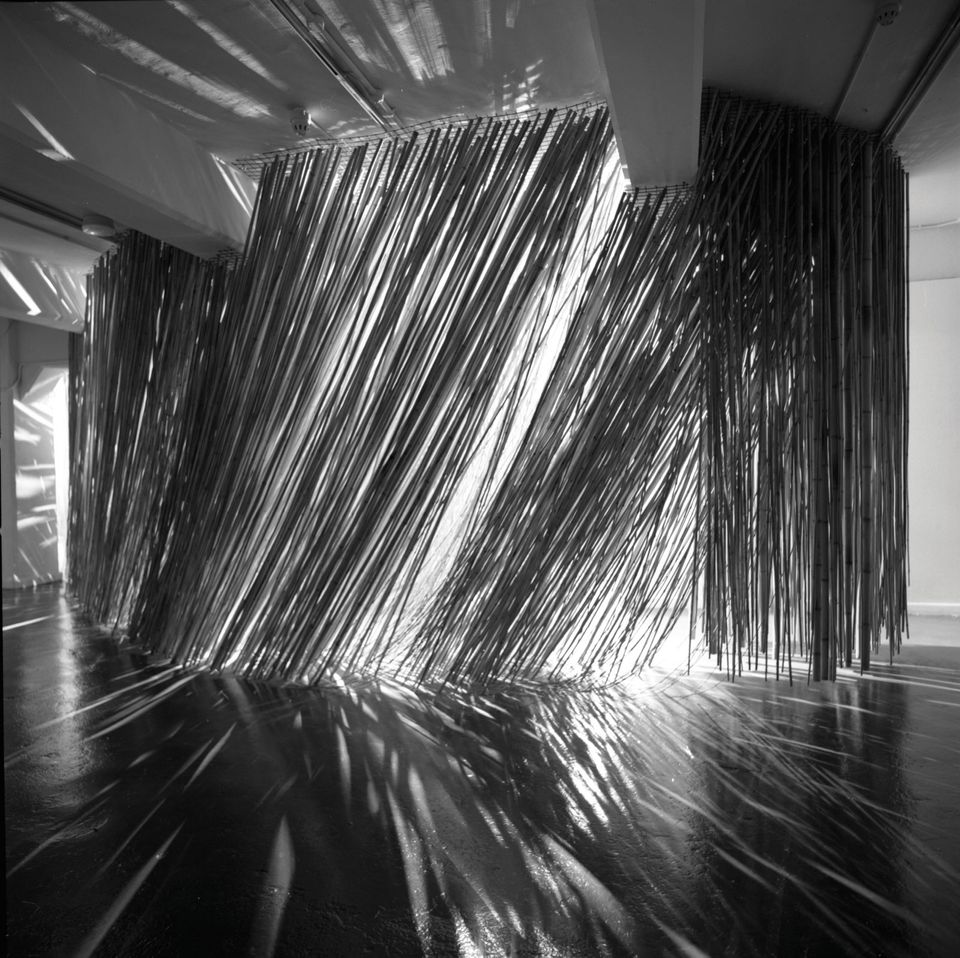 Vong Phaophanit: What falls to the ground but can’t be eaten (1992)

After a diverse photographic career incorporating reportage, design and interiors, as well as a dedicated fine art practice, Woodman’s first ventures into art world projects were in the late 1970s. But it was taking photographs for the landmark show Objects and Sculpture at the ICA in London in 1981 that led him to collaborate with several artists, prompting others to seek him out to capture their work—“that element of word of mouth and trust in working with a photographer that spread throughout the circles of practising artists”, as Kernohan describes it.

Among the projects he captured were Richard Wilson’s oil installation 20:50 in its original Matt’s Gallery installation in 1987, which he shot from a bird’s eye view on top of the gallery’s office. He also caught several of Cornelia Parker’s early performances and installations, including Words That Define Gravity (1992) and Thirty Pieces of Silver (1988-89). He worked with young artists that went on to become household names, like Antony Gormley, and those that burned bright at the time but are now rather more obscure, like Vong Phaophanit, a Turner Prize nominee in 1993.

Often, given their temporary nature, the photographs became more than just a document. By enshrining these “very instantaneous moments”, Kernohan says, “Edward was able to create a new work for the artist.” 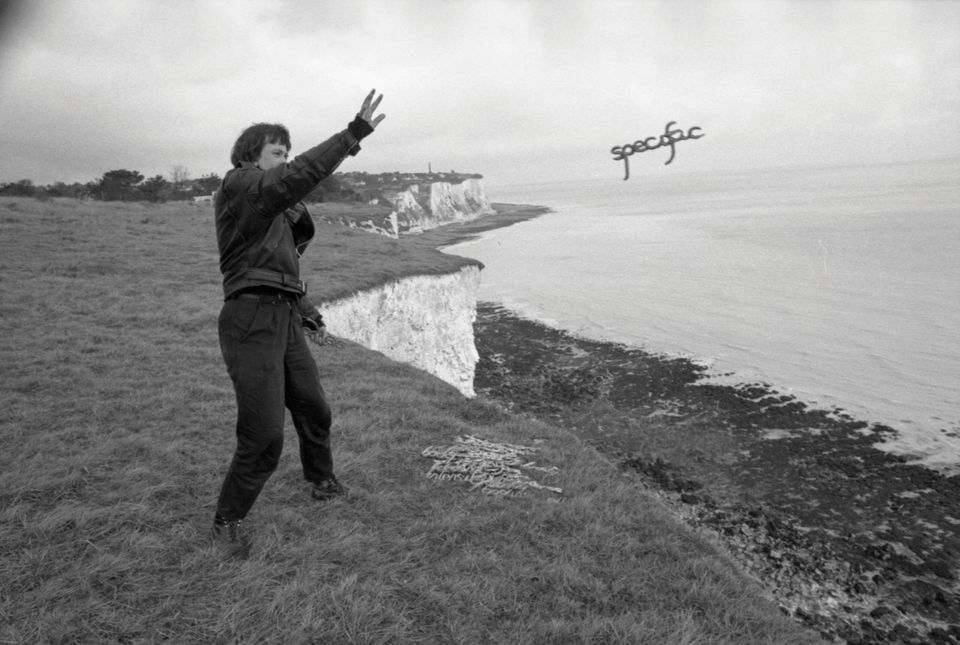 Among the artists Woodman worked closest with was the late Helen Chadwick, “to co-create or to facilitate her to create her Wreaths to Pleasure and her lightboxes, the extraordinary photographs that were created through all-night photo-shoots in Helen’s studio in Beck Road”, Kernohan explains.

A new book published to coincide with the exhibition, called The Artist’s Eye, commissioned by the Art360 Foundation and published by Art/Books, features a foreword by Phyllida Barlow, the installation artist. She writes that Woodman “has an innate understanding of how the seemingly irreconcilable qualities of the physical interventions and interruptions of space, light and time can be held within an image”. 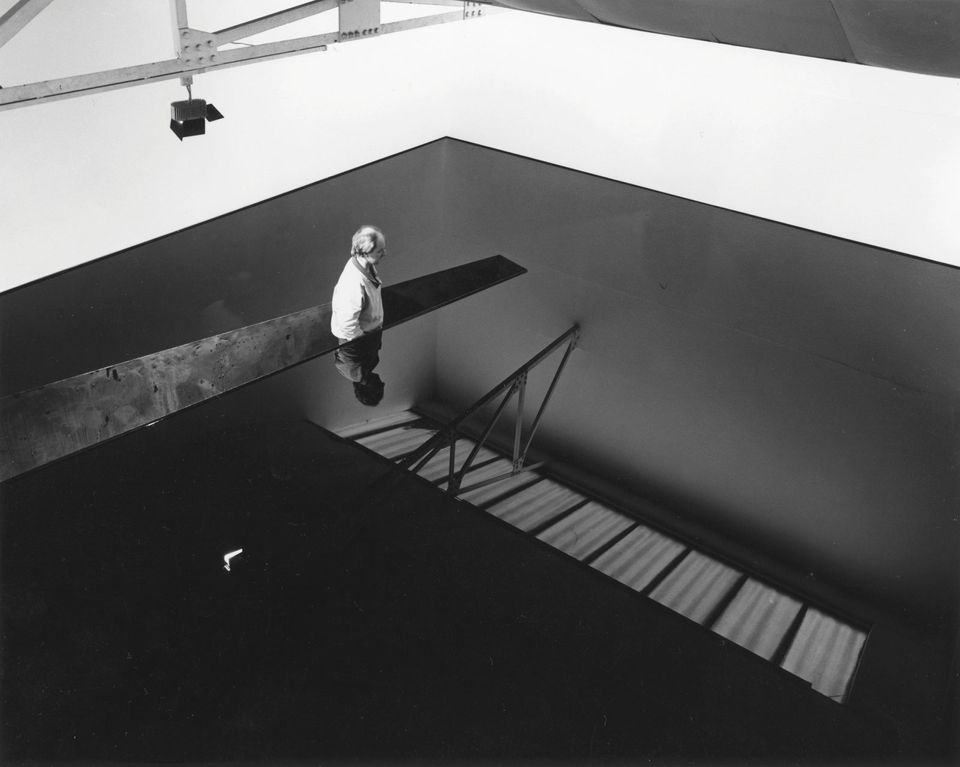 Woodman was seriously injured in a cycling accident in 2000. He has continued to take photographs and the exhibition includes recent works that evoke his passion for Dmitry Tarkovsky, Kernohan says. “The atmosphere and layering and imagery he captures, with a hint at illusion and memory, are quite extraordinary.”

While Woodman’s commercial projects have now largely ended, he has continued to work with artists. He lost his speech in the accident, and his work with a speech therapist was featured in I Hate (2007), Imogen Stidworthy’s film commissioned for Documenta 12. Once it was installed at Documenta, Woodman photographed Stidworthy’s video installation and several others in the exhibition for a book commissioned by Documenta.