Smartphones, Foucault and anti-fascist tapestries: Elmgreen and Dragset on their biggest cultural influences

The subversive artist duo tell us about their favourite books, music and poetry 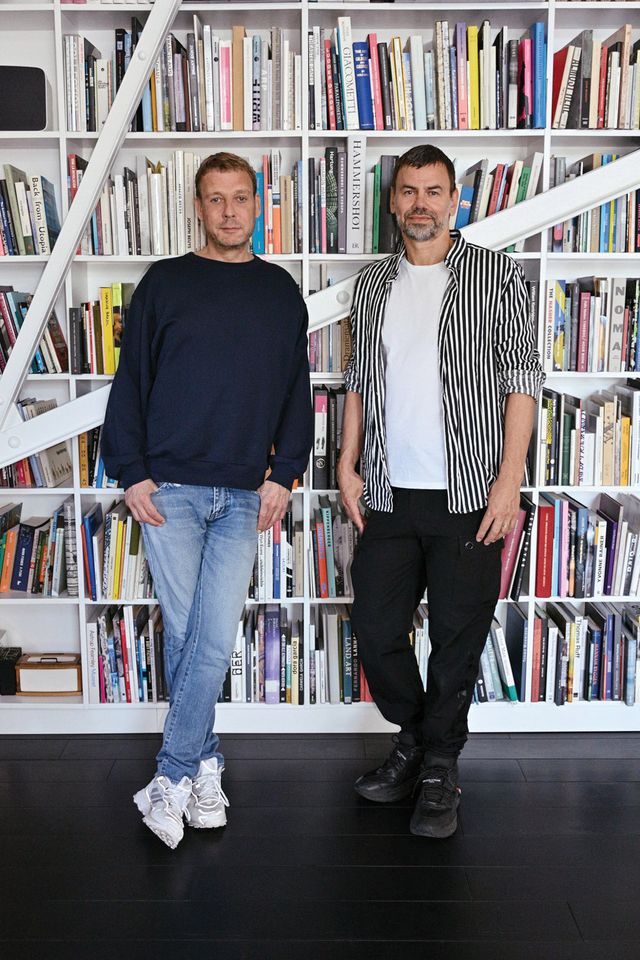 Michael Elmgreen: Something small or ephemeral that you can bring with you when you are on the move.

Ingar Dragset: I’ll content myself with a postcard of Hannah Ryggen’s The Death of Dreams (1936), a beautifully composed tapestry from an artist who took it upon herself to fight world fascism through her loom on a windswept farm on the coast outside Trondheim. The Death of Dreams was my first childhood brush with Modern art, as it hung in the local museum of decorative arts, where it should be allowed to hang for generations to come.

I: Meeting the DIY collaborative spirit of the early 1990s generation of artists in Copenhagen, which Michael already was a part of. I came into it from the alternative theatre scene, but I was totally fascinated by the way the visual art scene self-organised, and that any crap material and any odd space could be utilised; often things happened ad-hoc, without much pre-planning. I instantly decided to try and rid myself of my own already institutionalised way of thinking.

M: Discovering the French Nouveau Roman novels in my teens was quite an eye-opener. That made me realise that there exists this enormous universe of beauty and meaning beyond the normative, linear constructions of logic.

I: Michel Foucault’s Discipline and Punish: The Birth of the Prison and also The History of Sexuality were very important in the way that they laid out Foucault’s theories on power, which influenced a whole series of our works that we named Powerless Structures. He opened our eyes to factors we were not aware were controlling us, often embedded in architecture and design.

M: Kate Tempest: her raw, angry but also highly elaborate poetry is full of social indignation. The best is to listen to her voice reciting her poems.

I: For many years it was Georges Perec, for his tireless exploration of language and space, and the limits of reason. Lately, Friederike Mayröcker has been a source of inspiration. She’s turning 96 very soon and in her latest book she keeps breaking the rules of writing. I want to be like her when I’m approaching 100.

What music or other audio do you listen to as you work?

M: Mostly we listen to each other, since our work is an ongoing dialogue.

I: True, but if I have a day on my own, I tend to play music that seems to be searching for something as well. At the moment that would be Nubya Garcia, Meara O’Reilly and Jenny Hval.

M: Art is for having no specific calculated purpose—and because of that it is urgent in order to make us a civilisation. Imagine if everything in our societies was boiled down to only being about survival and efficiency, about effect and rational justification for our actions.

I: If anything, we can hope that art can help its audience become less fearful.