A brush with... Zoe Whitley 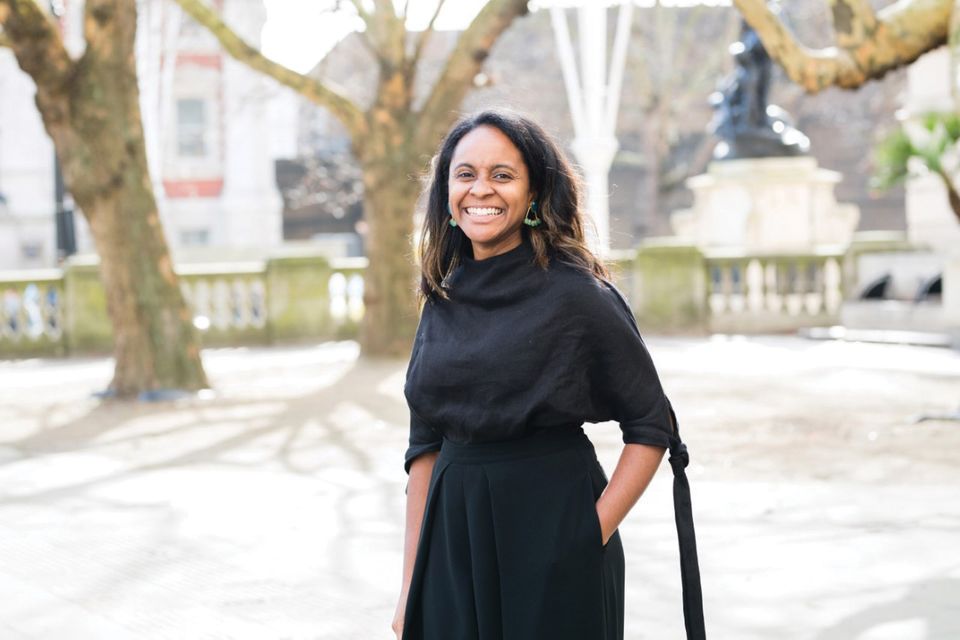 Alma Thomas’s Wind and Crepe Myrtle Concerto (1973) reminds me of my childhood in Washington, DC, and especially of summertime outdoors with my grandmother, when the crepe myrtle blossoms would carpet the back garden. It brings back fond memories of being indoors, too, because the painting shares a palette with a quilt we made together one summer.

My mother took me to see a performance of Alvin Ailey’s American Dance Theater when I was a little girl. It was the first time I experienced a work of art so mesmerising that I was completely taken out of myself. I distinctly remember losing all sense of where I was, losing all sense of time passing—I was just completely immersed in the moment and in the movement, watching those dancers.

I have a battered old paperback copy of the collected poems of Langston Hughes, given to me by my grandfather. It was my introduction to poetry as a teenager and possibly the only thing I was really into then that has maintained its cultural significance.

I’m lstening to a lot of Jay Electronica and Riz Ahmed’s new releases right now. They’re doing a four-way rotation with Rapsody’s Eve and Jamila Woods’s LEGACY! LEGACY! I am convinced hip-hop demonstrates the most artful use of language that can be found. Every song on Jamila Woods’ and Rapsody’s albums are named for inspirational cultural figures—exclusively black women in the case of the latter and mostly black women on the former. Woods’s Frida is utterly brilliant, articulating the emotional rationale behind Frida Kahlo’s and Diego Rivera’s Casa Azul: “I like you better when you see me less/I like me better when I’m not so stressed/Can we do it like Frida? We could build a bridge then/I could come see ya, just not where I live/Don’t get me wrong, I’m not scared of lovin’ ya/Multiply my sides, I need a lot of area.”

Bedwyr Williams’s Instagram account is hilarious because he uses every aspect of the medium to full effect, including the comments section. I’ve even stopped using certain “ig” phrases because I felt exposed!

Most overrated is possibly Jackson Pollock. I remember first reading art theory about his work during my BA and being properly vexed at the extent to which everyone seemed to be signed up to enshrining him within the canon. Even then, I wondered why the praise was so lopsided in his direction and away from Lee Krasner.

It brought me great joy to see Janet Sobel in MoMA’s rehang. Greenberg acknowledged her influence on Pollock and referred to her painting as “strangely pleasing”. I remember searching in the library to find out more about Sobel and coming up empty. There’s more work to do to see self-taught artists other than Rousseau and Gauguin on an equal footing with their peers. It’s one of the reasons why Nancy Ireson and I are co-curating an exhibition on the woodcarver Elijah Pierce at the Barnes Foundation this summer.

Most underrated has to be the writer and filmmaker Kathleen Collins. I’d like more people to recognise her brilliance as the first African American woman to write and direct a feature-length film. It meant a lot to talk about her life and work on Jennifer Higgie’s podcast, Bow Down: Women in Art.

I think it’s much easier to say what it isn’t for. Adrienne Rich said art “means nothing if it simply decorates the dinner table of the power which holds it hostage”. My favourite quote about the creative process is [the jazz musician] Charles Mingus saying: “Making the simple complicated is commonplace; making the complicated simple, awesomely simple, that’s creativity.” Imran Perretta recently described his experimental approach to political subject matter as “intoxicating” because art takes things that are already complex and makes them even more so. Imran says that’s actually “the only thing that art does well”. Ultimately, for me, the fact that those two things can both be true—that art can be awesomely simple and confoundingly complex—is what it’s all about.