An-My Lê: ‘Landscape is not a narrow category—it is a source of surprise’

With her first career survey now open in Pittsburgh, the photographer discusses her background in Vietnam and the West Coast of the US, and the influence of Walt Whitman 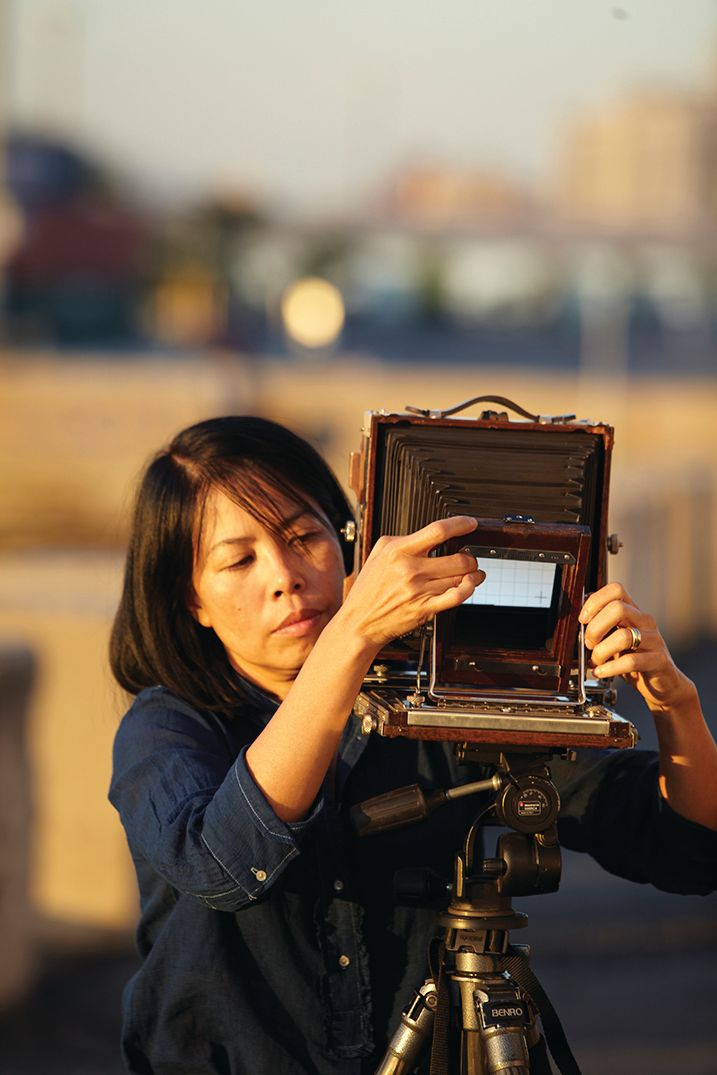 An-My Lê was born in Saigon, in war-torn Vietnam, in 1960. After an interim in Paris while her mother studied at the Sorbonne, in 1975 the family was offered a new life as political refugees in California. Lê left Saigon with her father; her mother followed months later after being lifted by helicopter from the roof of the US Embassy.

As a student at Stanford University in California, Lê completed a graduate course in biology and planned to train as a doctor before discovering photography. She returned to the country of her birth for the first time in 1994. Her first major series, Viêt Nam (1994–98), reconciled her earliest childhood memories with Vietnam’s modern realities. Lê then created Small Wars (1999–02), a study of Vietnamese war re-enactments in Virginia and North Carolina. She was often asked to perform the role of a Viet Cong soldier as the price for her photographs.

Lê’s most recent work explores the ongoing social fissures created by America’s Civil War. Called Silent General, a term borrowed from an essay by Walt Whitman, the series opens with images of Confederate memorials in New Orleans. Each is now hidden from public view in sheds built by the Department of Homeland Security. Lê’s first career survey, On Contested Terrain, is at the Carnegie Museum of Art in Pittsburgh until 18 January 2021.

The Art Newspaper: You were born in 1960 in the midst of the war. What are your earliest memories?

An-My Lê: I was born in Saigon but spent the first few years of my life in Hue, where my father ran the Pedagogical University. When I was about two-and-a-half, I heard a wild ruckus coming from outside. I ran to the patio during a monsoon and saw a huge herd of sheep entering our garden. The rain was coming down hard and they were moving wildly in all directions. Then an emaciated shepherd, drenched under his conical hat, filed in with his guard dog and led the animals back out. I remember staring at the torrential rain and grappling with the notions of order and chaos before an adult came out, chastised me and yanked me back inside.

You were separated from your father when your family first left Vietnam. How would you describe that chapter in your life?

I was eight when we arrived in Paris. I certainly missed my dad and worried about him, but I was too busy going to school, learning French and making friends. Even though we were in a precarious financial situation and life was tough, it was a luxury to be away from the nightly mortar attacks. Children who are subjected to war show incredible resilience. When asked about their experience, they often say: “Oh, others have it worse.”

You arrived in the US as a political refugee. Can you describe your impression of the country at that time?

We arrived in southern California and my first experience was summer school. I was overwhelmed by the school’s surfer culture and dismayed by what seemed like a disregard for education and teachers. I came from a culture where school was considered a temple and educators respected as much as any spiritual leader. I have come to appreciate surfer culture since; one of my favourite movies is Point Break. 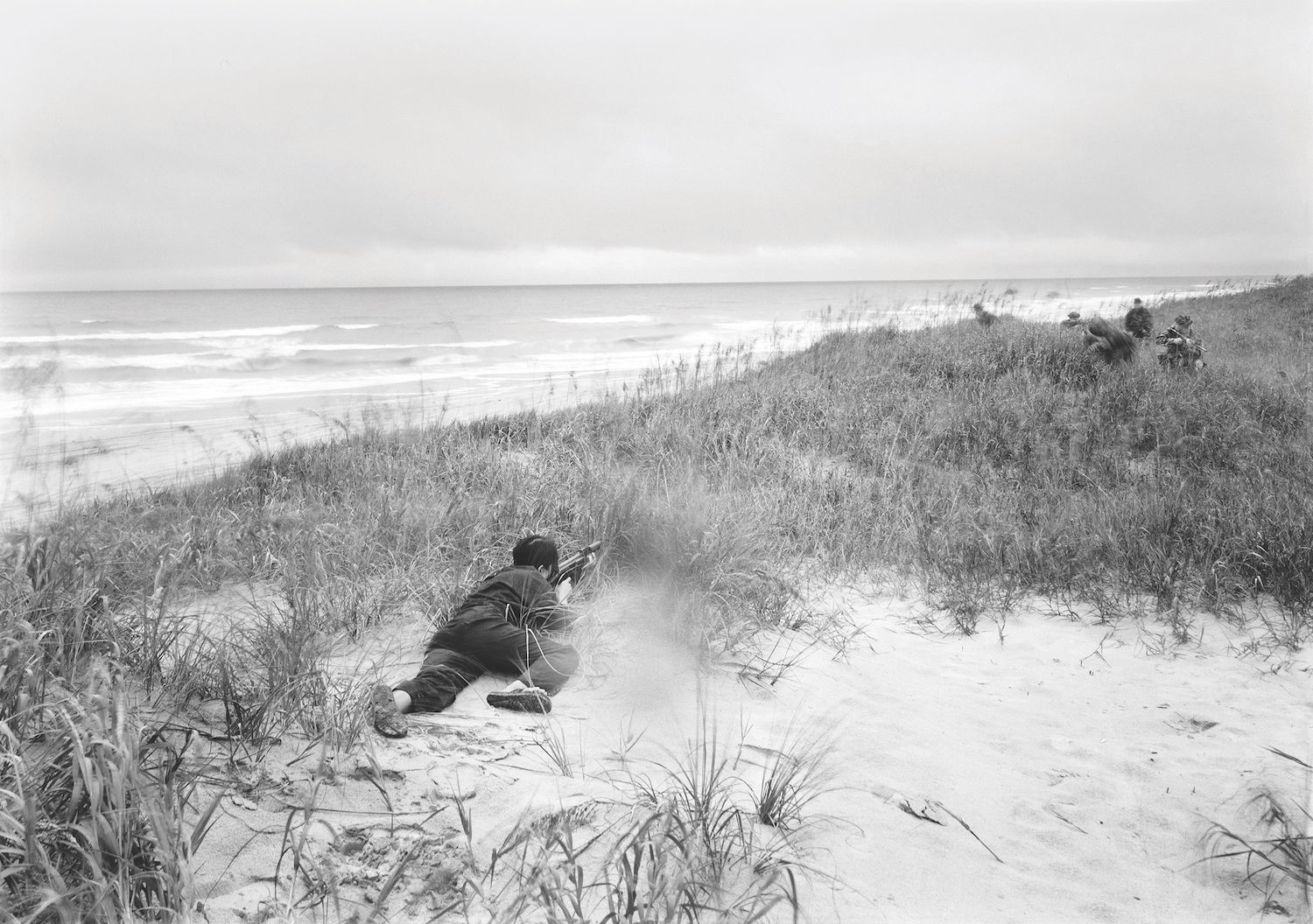 You studied biology and planned to go to medical school before discovering photography. How has your grounding in science influenced your practice?

It was helpful because it removed any romantic notion I might have had about the process of art-making. I have never taken the need for inspiration very seriously. For me, art has always been about hard work. But, at the same time, I think my training in science stopped me from experimenting sooner than I should have.

You were 33 when you returned to Vietnam. Can you describe the experience of arriving back in the country?

We never thought we could or would return to Vietnam. It was almost 20 years before the possibility arose. Memories are ever shifting when you live in exile.

Landscape is your work’s animating factor. Are you influenced by other landscape artists?

My friend and colleague at Bard College, Stephen Shore, gives an assignment to his students: to find a traffic intersection and photograph it. The assignment is intended to introduce students to the “analytic” aspect of photography. The idea is that an intersection is static but also in a constant state of change. You can spend time visualising and framing the image. You situate then align or dis-align the roads, telephone poles, street and traffic signs and other architectures by changing the camera’s position. Then, with each successive exposure, you address the visceral convergence of vehicles, pedestrians, weather, light and other “decisive moments”. This is related to what I have responded to and learned from artists who create a role and context for the world within which their subjects take place.

Landscape, at its best, is not a narrow category. It is a source of surprise. It allows for the sudden assertion of a place, like an unexpected time signature within a melody. This is what the jungle and the river do in a film like Apocalypse Now, or what the empty cobblestoned streets and patinated interior spaces contribute within Eugène Atget’s work.

What does landscape provide that you can’t find in other subject matter, like portraiture or architectural studies?

In graduate school, I remember our teachers referring to the world as photography’s great and enduring subject. They would say: “Why would you think your ideas, or something you cooked up in your studio, could ever be more complex or surprising than what exists out there in the world?”

These are medium-specific values. I learned I wanted to be challenged by my choice of subject matter. I gravitate towards experiences and situations that tend to push against reductive language and simple definitions. It’s never about certainty or about being right. The more I feel intellectually challenged, the less certain I am about my instincts. And that only deepens my commitment to furthering my investigation as an artist.

How would you characterise Walt Whitman’s influence on your recent work, Silent General?

Whitman epitomises the acknowledgment that art offers the most inclusive and accurate method for addressing an experience. Whitman’s work resisted easy categorisation—it was neither journalism nor poetry. It allowed him to explore his curiosity about himself and the world in a way that always inspired complex responses.

In a way, a photographer’s independence is what defines their identity as an artist. If your work doesn’t serve a story, document an event or promote a product, then it must be art. But, in another sense, a photography artist is usually excited by the risk of their work not being considered art at all. When you decide to look at a polarising subject that plenty of non-artists are also working with—like a newsworthy event—then you are begging a question: “Are you doing anything better as an artist? Might you be doing something worse?”

One thing great journalists and artists have in common is a desire to be surprised, to find yourself with way more than you bargained for when you began an inquiry with little more than a sense of intuition. Robert Frost spoke of “No surprise in the writer, no surprise in the reader”. 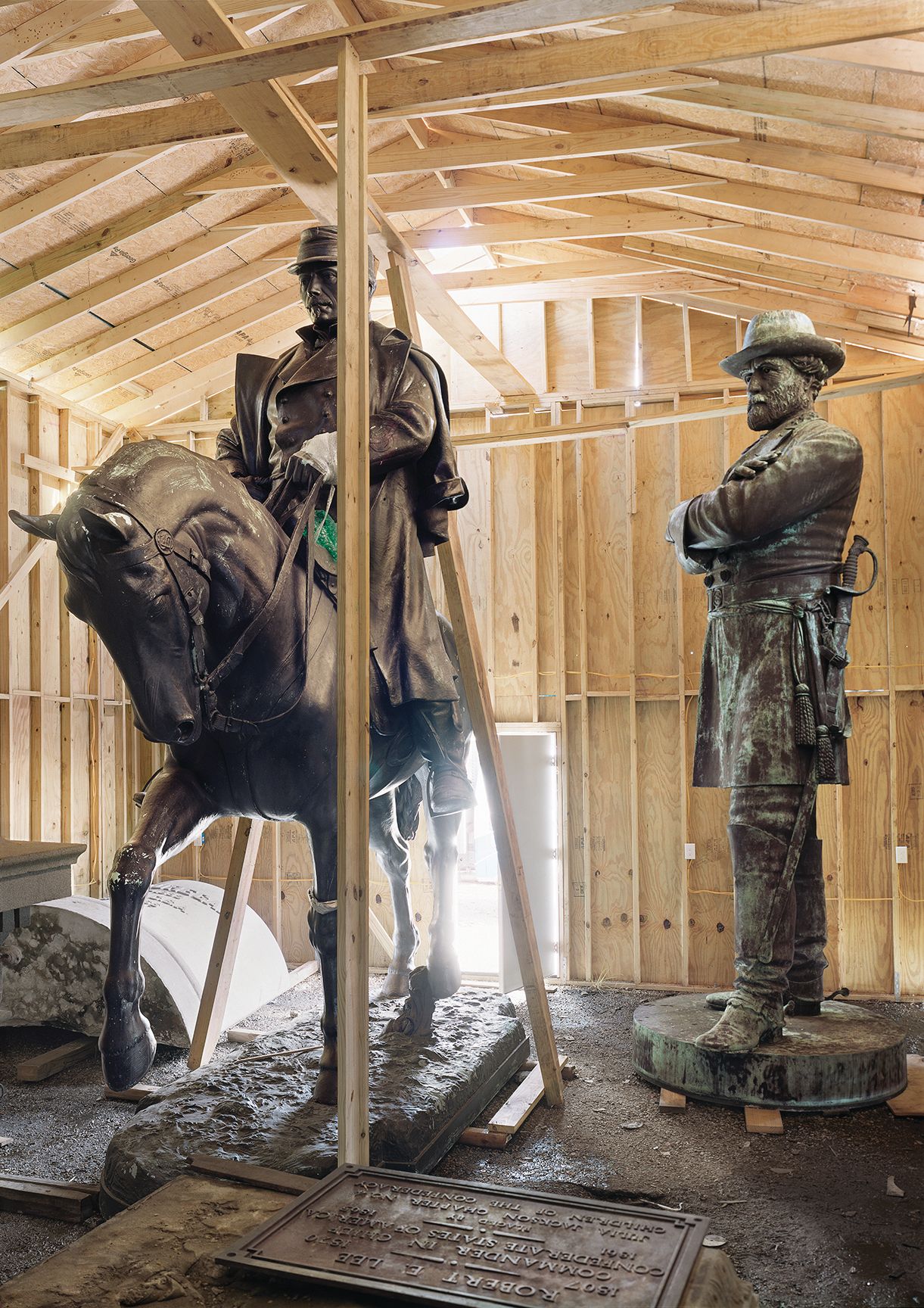 What are the main Western misconceptions about the war in Vietnam?

I am acutely aware of the complex role Vietnam plays, as both history and myth, in the country I have adopted as my own and in the culture I have raised my children. I can’t say I embrace every American characterisation of Vietnam. But I see the Hollywood clichés, the lasting psychic scars and even the cheap fetishes as expressions of something very real and very human. Vietnam remains an unavoidable and unresolved subject. As history, place and subject, it is still unfolding.

In Small Wars (1999–2002), Lê photographed Vietnam War reenactments in Virginia and North Carolina. The series reflects her experience as a refugee confronted with a steady stream of Western pop cultural depictions of the war. This image is a self-portrait, taken as Lê played the role of a Viet Cong soldier against would-be American Marines. “I was often inspired by what the re-enactors did,” she says. “But I also had a list of situations I wanted to set up—one of them being the sniper girl from Stanley Kubrick’s Full Metal Jacket.”

For her ongoing series The Silent General, in 2017 Lê photographed removed monuments to Confederate generals Robert E. Lee and P.G.T. Beauregard in New Orleans, Louisiana, amid the rough carpentry of Homeland Security storage sites. “As an immigrant, as a woman, as a mother, I feel really sensitive to a lot of issues [in America],” Lê told Marian Goodman Gallery. “The country is so divided and everything is so chaotic. There are so many events that get my blood boiling. But I’m always trying to approach it from another perspective.”

• On Contested Terrain, Carnegie Museum of Art, Pittsburgh, until 18 January 2021

• The exhibition is accompanied by the catalogue On Contested Terrain by Dan Leers (Aperture, 2020)