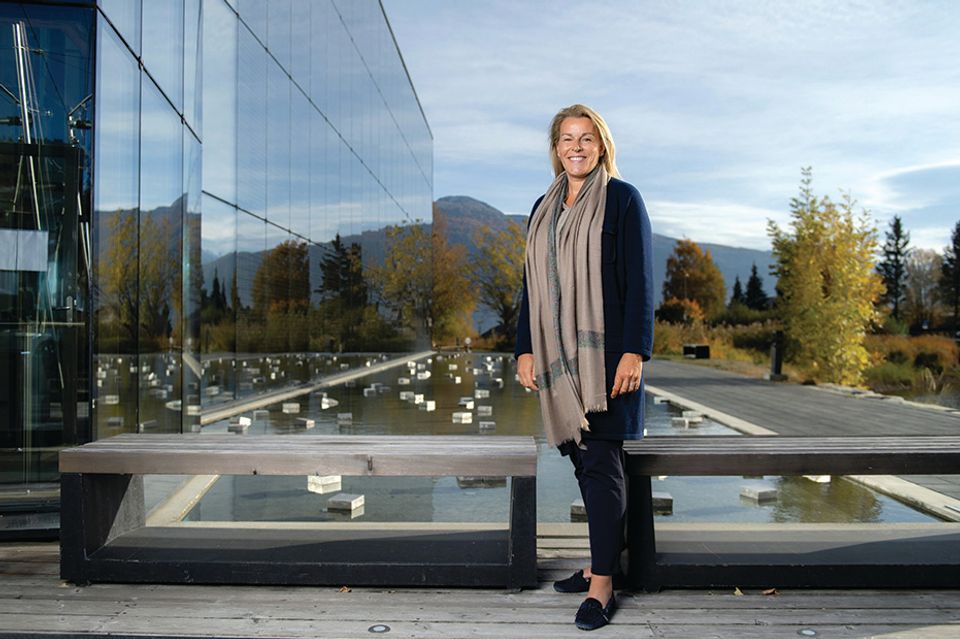 Bérengère Primat is not comfortable with the “collector” label. Yet over more than 15 years, she has amassed one of the largest collections of Aboriginal art in Europe, with around 800 works by nearly 250 artists. Introduced to Aboriginal artists and to Australia by her former husband, the connoisseur-collector Arnaud Serval, Primat has struck out on her own, establishing a foundation of contemporary Aboriginal art in the picturesque Swiss village of Lens in 2018. The Fondation Opale, named after the precious stone that plays a powerful role in Aboriginal Dreamtime mythology, opened to the public on 8 June. Primat has co-organised the foundation’s first exhibition, Before Time Began (until 29 March 2020), with the art historian Georges Petitjean, which brings together nearly 80 paintings, installations and sculptures from across Australia.

Bérengère Primat: I didn’t realise until recently that I was considered a collector, but people say so... I don’t like the idea. For me, collecting is related to accumulating, possessing, stockpiling, and I have never thought that way. My collection, or this set of works, is the mirror of my soul, like a photo album of my life, as I have met most of the artists or their families.

I purchased two very different Aboriginal works: a painting on bark from Arnhem Land that represents a Mimih spirit with a spear and a snake (2000), and a painting on canvas, Poisonous Snake Dreaming (1996), by Mick Namarari Tjapaltjarri from Papunya. 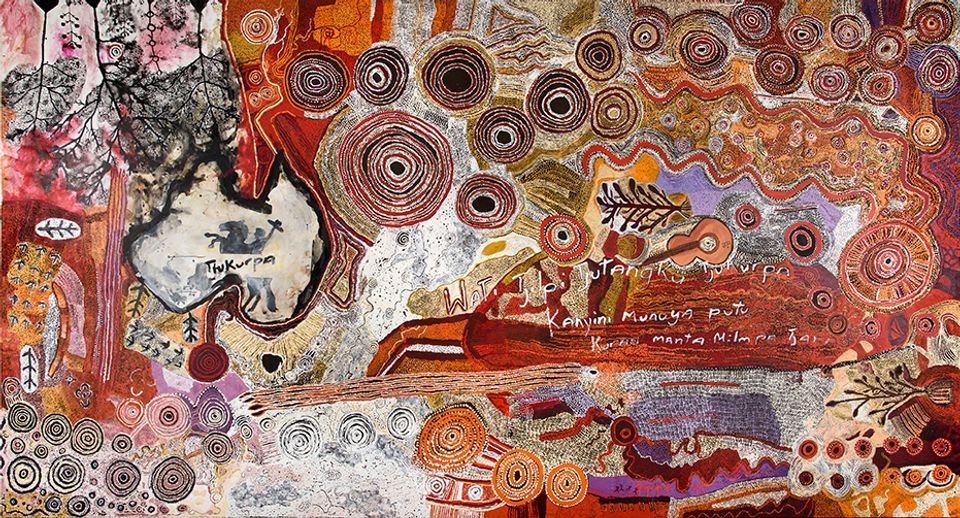 It’s an evolving collection... Two major paintings (250cm x 520cm) by 26 senior female and 16 senior male artists were commissioned in the central desert region of south Australia last year. They are being shown in Before Time Began.

The market for Aboriginal art is not comparable to that of European or American artists. Hence, the works are still very accessible, even if recently there has been an increased interest in the international art market.

I don’t want to consider the option, but if this would ever happen, I will remember that the real value of Aboriginal art and culture is immaterial.

Indigenous Australian art hasn’t reached very high prices, so [my dream purchase would be] a large work from Jean-Michel Basquiat from 1981 or 1982.

Works entirely made out of natural materials, like the bark paintings with natural ochres, or sculptures with feathers, like the morning star poles.

I’m surrounded by Aboriginal art, but I have a beautiful work from the Kimberley [a region in northwest Australia] in my bathroom and I always look at it when I’m having a bath.

It would be a women’s dinner, with lots of laughter and joy. I’d invite Aboriginal artists Emily Kame Kngwarreye, who represented Australia at the Venice Biennale in 1997, Gulumbu Yunupingu, who delivered the design for the roof of the Musée du Quai Branly, Yaritji Young, whose work will feature in a major exhibition at the Menil Collection later this year, along with Louise Bourgeois, Pipilotti Rist and Laure Prouvost.

I don’t regret any purchases. Each of them was made with my heart and represents a special moment in my life.