The New York-based artist tells us about his favourite books, music and artists on the A brush with… podcast 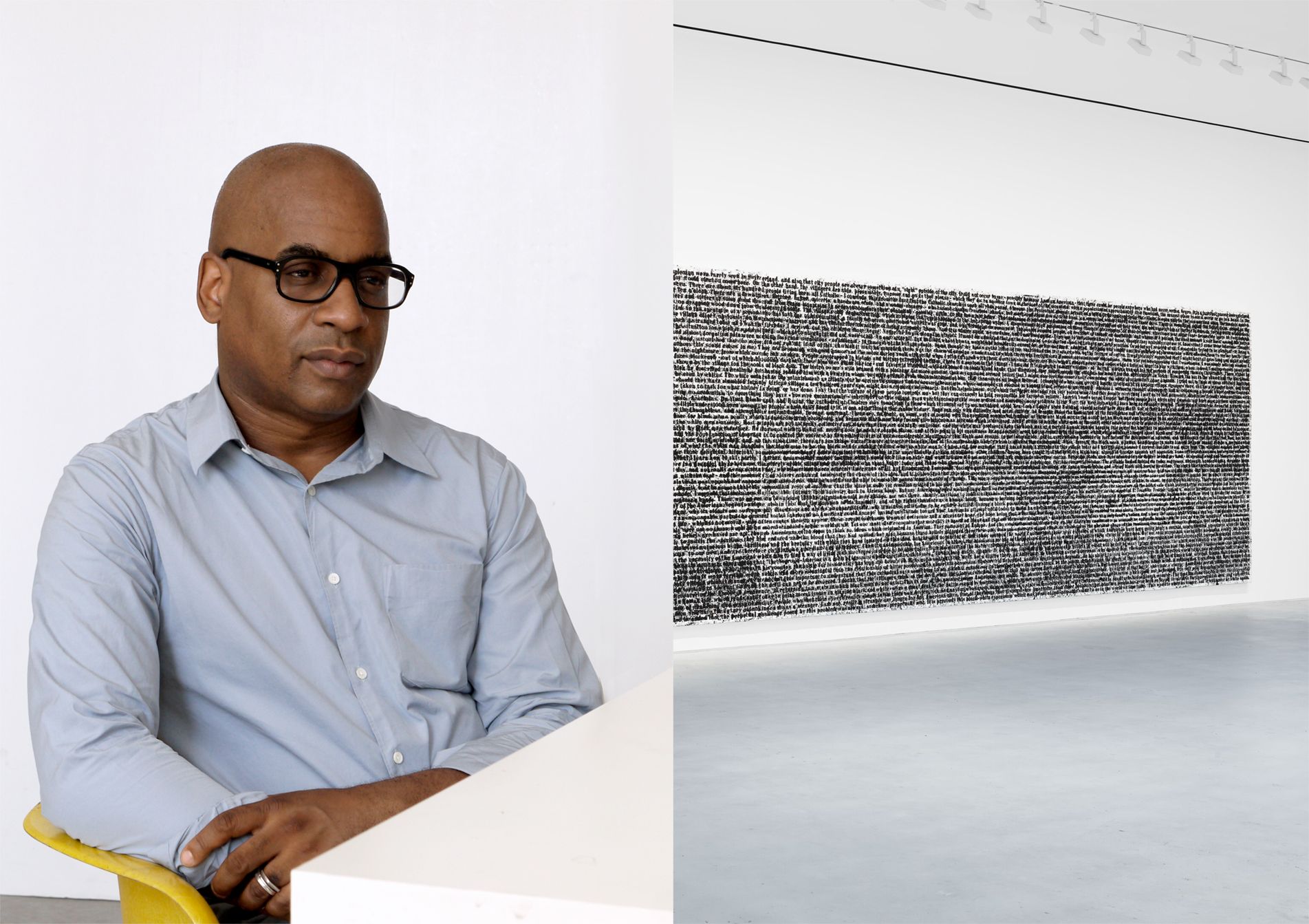 Ahead of two solo shows of new works at Hauser and Wirth in Zurich and New York, the American artist Glenn Ligon sits down with Ben Luke for an in-depth podcast interview in which he reveals the cultural influences that have shaped him the most, from Stevie Wonder to Robert Mapplethorpe. 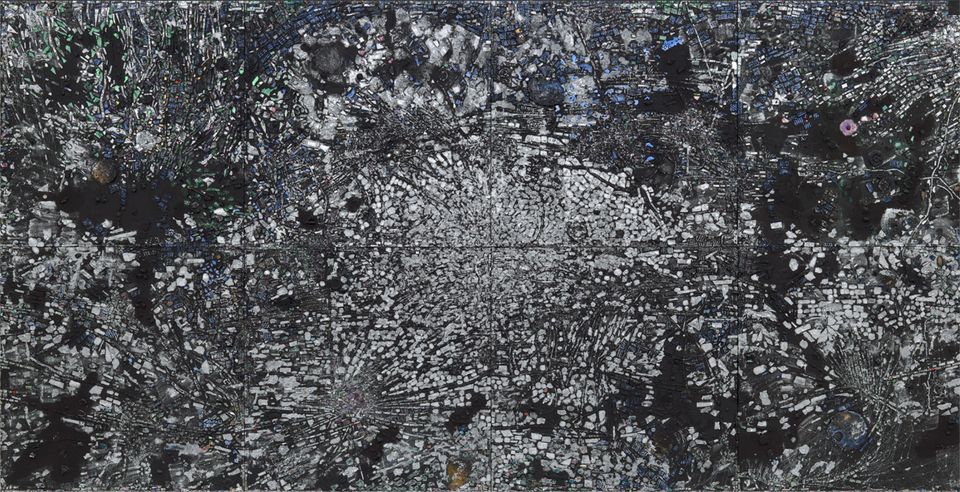 Glenn Ligon on... the artists who inspired his vast Stranger series (1997-present), itself based on James Baldwin's 1953 essay, Stranger in the Village

"These are the biggest paintings I've ever made. And they're generated simply because I wanted to use the entire essay at a certain font size. [...] As a resource I looked at the American abstract painter Jack Whitten; he has a beautiful painting up at the Museum of Modern Art [in New York] called Atopolis: For Édouard Glissant (2014). [...] I was also looking at Monet's Water Lilies and thinking about them as a sort of panorama. The painting I’m making, because of its scale and, as someone described, the ‘weather’ in it—it seems to be somehow a cloudscape and a landscape—seems related to the idea of panorama, and so the Water-Lilies series was very instructive." 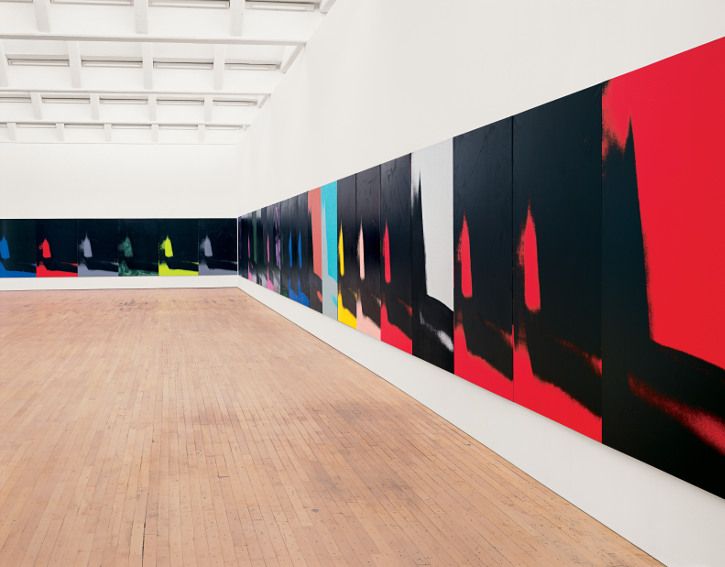 ... how Andy Warhol is deeper than we sometimes think

"In high school, I went to Soho on a class trip. And we saw Andy Warhol Shadows paintings [1978-79]. [...] And my puzzling over them was curious, given they weren't the iconic images that one imagines of Warhol. [...] He called them 'disco decor', which is cheeky and funny, but I think they are mysterious in an interesting way and full of surprises. Colour-wise, he was always a genius, he basically used every crayon in the box to great effect. But there is something elegiac about them too. They're paintings of nothing, of shadows, of the inbetween-ness of things. [...] A thingness and non-thingness. Warhol was deep." 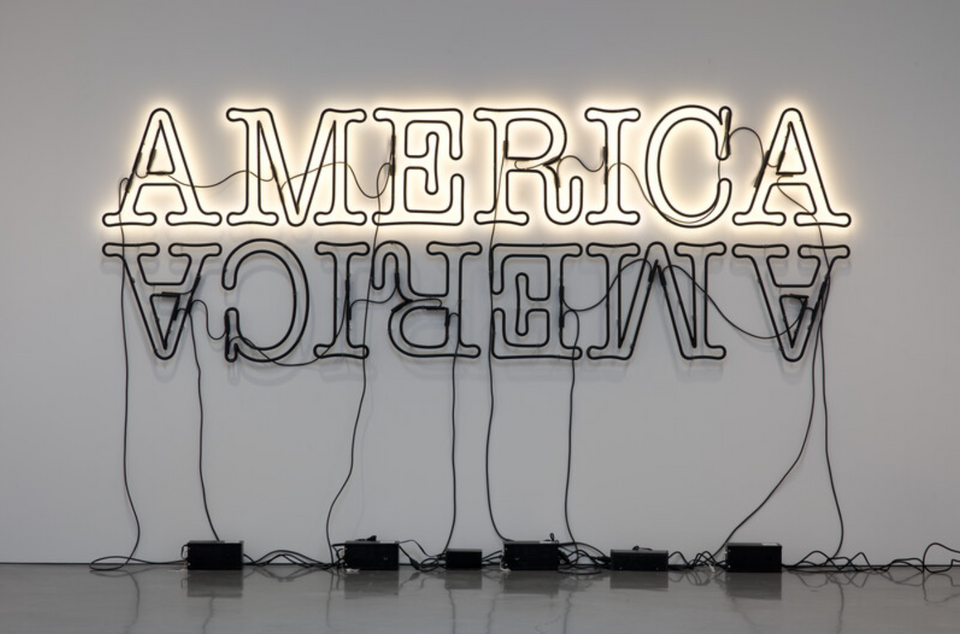 ... the impossibility of defining "America"

"As a Black American, my relationship to the idea of this country is somewhat tangential and marginal, while also being central. [...] I was thinking about this in relationship to the America neons: how to make unfamiliar this word that we think we know everything about. [...] America is a complicated thing. It's the city on the hill, a shining beacon, but it's also the Death Star. The ambivalence of that word is what I'm interested in." 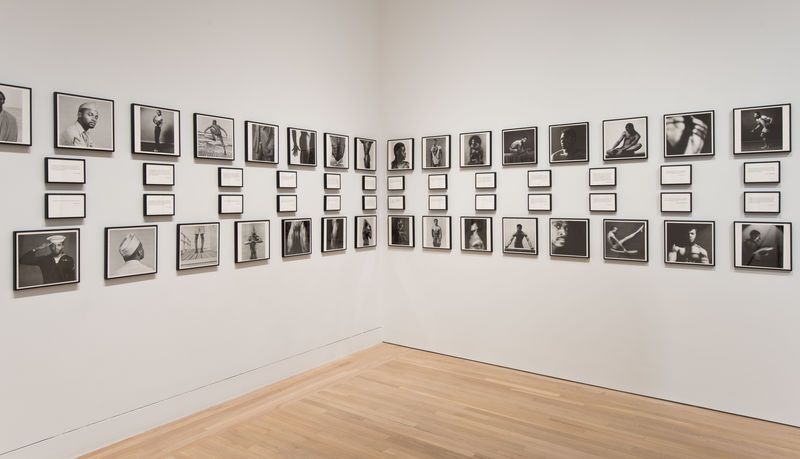 ... his work Notes on the Margin of the Black Book (1991-93), based on Robert Mapplethorpe's 1986 Black Book, featuring images nude Black men

"Back in the 1980s, the images of Black men that I was seeing in museums and galleries were Mapplethorpe's. [...] He seemed to have the lock on Black representation. My take on this was to gather critical texts around the work and to mount Mapplethorpe's photographs from Black Book alongside 90 or so quotes from various scholars [and right wing commentators]. [...] What was interesting about researching for the piece was interviewing the sitters of the photographs, and hearing the range of their responses [to the works]. I imagined because it was a white photographer shooting Black subjects that the unequal power relationship was exploitative. But talking to the men made me realise it was a much more complicated story than I imagined. And so that complicated story had to be in the piece as well. To erase the complication of that story is another kind of erasure." 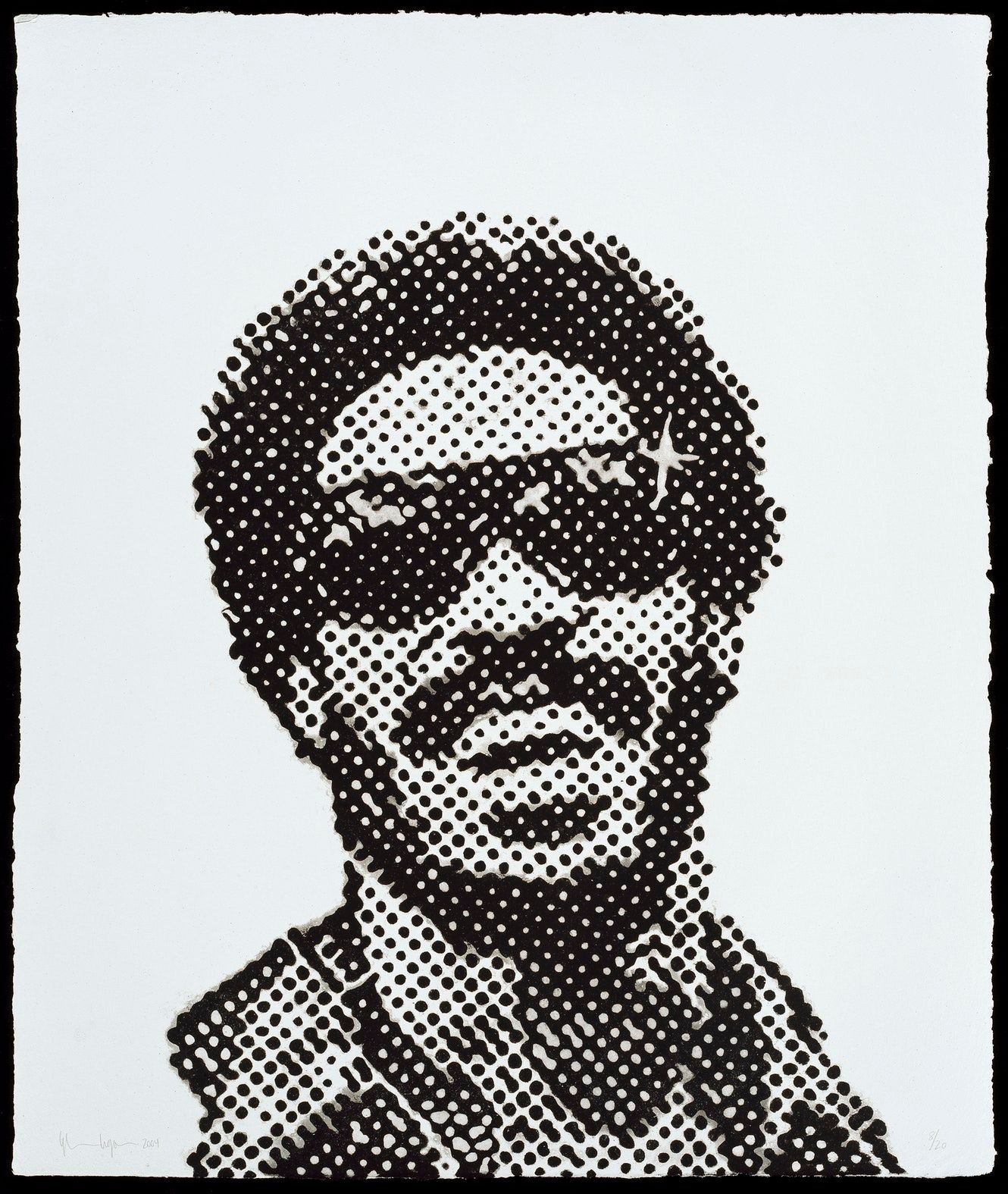 ... his portrait of Stevie Wonder

"You get obsessed with pop stars. They're who you want to be. It's an identification that is so intense you imagine that they are you, and you are them. And that's what the work is about. [...] So at age 11, Stevie was it for me. He was cool, he had great hair, an amazing singing voice—an amazing musician. I have no musical talent at all. But I identified with his politics, with him as a person. He was it, until Prince, or someone else, was it.