The french artist tells The Art Newspaper about her new Palais de Tokyo show, her Venice Biennale plans and why play is important 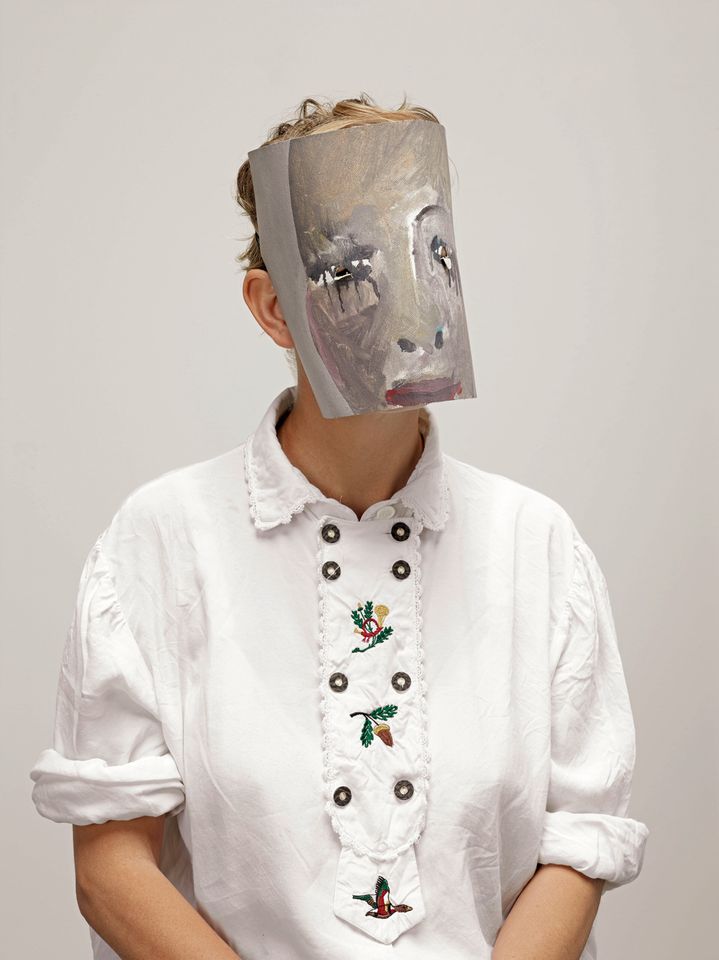 As part of the Childhood season at the Palais de Tokyo in Paris, Laure Prouvost has created an immersive and experimental site-specific solo show that is an invitation to delinquency. Called Ring, Sing and Drink for Trespassing, and curated by Daria de Beauvais, it plays with “the idea of being whisked away to places which you’re maybe not able to come back from”, Prouvost says. The Turner Prize-winning French artist, who studied at Goldsmiths College and is based in Antwerp, is representing France at the 2019 Venice Biennale.

THE ART NEWSPAPER: What was the starting point for the exhibition?

LAURE PROUVOST: I made a performance a few years ago with Alex Cecchetti in the allotment garden behind the Palais de Tokyo, so I knew that the space was connected to the garden through a door. It’s a hot summer show, with global warming, the expansion of the woman artist and the [increasing role of women] generally in Western society. Most of the objects were produced for this exhibition. We had this idea of nature taking over and growing feminine things like breasts. The village square has this extreme, feminine symbolism—a surreal, slightly grotesque fountain of nine boobs, called We Will Feed You.

What can you tell us about the exhibition’s title?

This word “trespassing” interests me, whether it’s thinking about immigrants or childhood moving towards adulthood. There’s a euphoria in laughing and crossing over a barrier; it’s illegal but there’s a new future or hope, with different rules on the other side. We’ve made several signs suggesting that you enter the Palais de Tokyo without a ticket or put your feet in the fountain.

Why have you created two entrances to the exhibition: a tunnel and a small door?

I want the visitor to feel free in making choices and create their own story. The person “trespasses” from his usual habitat to come to an institution. In the tunnel there are big tapestries; I made the drawings for them with my grandmother, who does part of the weaving and adds things, and a team helps us make them in Belgium. 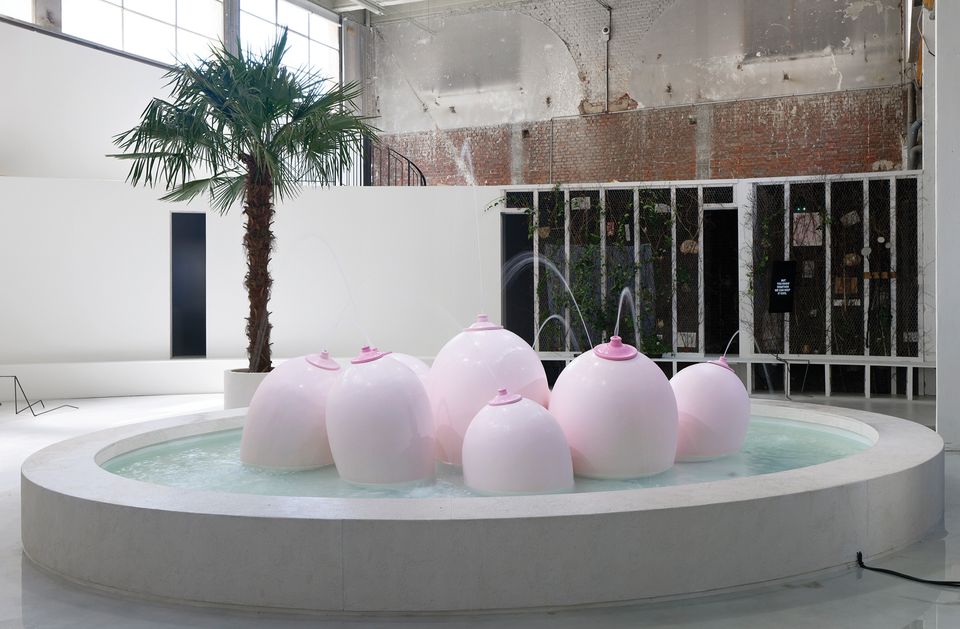 How important is the notion of play for you as an artist?

It’s an important starting point. When I create something, I play with words and how things are organised but there’s a serious, more complex side behind. The moment of inventing and putting a dialogue into place with the audience becomes a work of exchange, a game becomes communicative; we need to position ourselves in relation to the other.

You will be the third female artist, after Annette Messager and Sophie Calle, to represent France at the Venice Biennale next year. What will you show?

There are a lot of women artists next year. It’s time! I’m French but also European and feel a bit English, so there’ll be the subject of nationality, generation, nation and trespassing nations, which becomes more complex with layers from other parts of the world. Perhaps I’ll dig a tunnel to the British Pavilion: “Hello, I’m here, I’ve made it!”.