Philippe Villeneuve, the lead architect of the cathedral, is confident the Parisian landmark will reopen for the Olympic Games in 2024 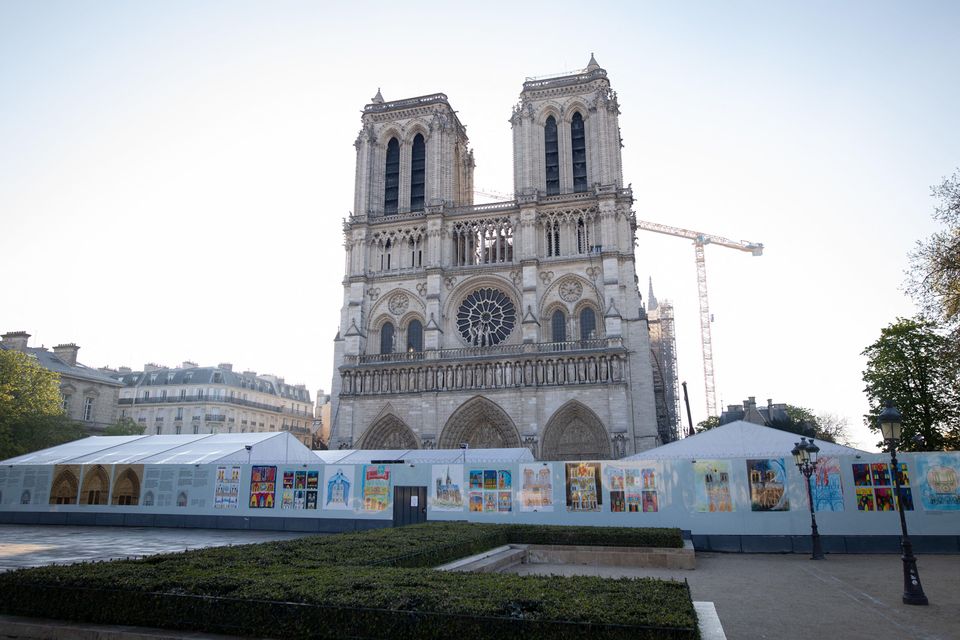 Notre Dame Cathedral a few days before the second anniversary of the fire © Raphael Lafargue/ABACAPRESS.COM

On the night of 15 April 2019, television audiences around the world watched in stunned disbelief as the burning spire of Notre Dame cathedral in Paris crashed onto the nave. Two years later, the agency responsible for the site’s restoration has worked to secure the monument. Despite delays caused by Covid-19, difficult weather and precautionary measures to protect against any risk of lead pollution, the site's chief architect Philippe Villeneuve believes that the cathedral will be reopened by the target date of 2024—in time for the Olympic Games in the French capital. “We still have to complete the safety operations, but we are doing everything to open by that date,” he tells The Art Newspaper.

The collapse of the spire and roofing, as well as the vast quantities of water that were poured onto the blaze, caused major damage to the cathedral. But, the architect points out, it could have been much worse. All the flying buttresses resisted, helping the structure to hold firm. Paintings and statues, quickly evacuated, have been restored, and the fire did not destroy the bells or the great organ, the largest in France, although its 800 pipes, parts dating from the Middle Age, were taken down to be cleaned of lead dust. Apart from clearing tonnes of debris, the most spectacular task undertaken has been the dismantling of the charred and melted frame that enveloped the spire.

Inside, masons are still shoring up fragile sections of the vaults (stones fell recently in no-go areas) to complete the scaffolding in the choir, the nave and the transept; vast frames, like a huge umbrella, will then be set up to support the vaults. “This will be completed by the end of the summer,” Villeneuve says, “and only then, will we be able to say that the cathedral is safe.” A comprehensive analysis is scheduled for 18 December so that contractors can start bidding for the restoration works by next year. 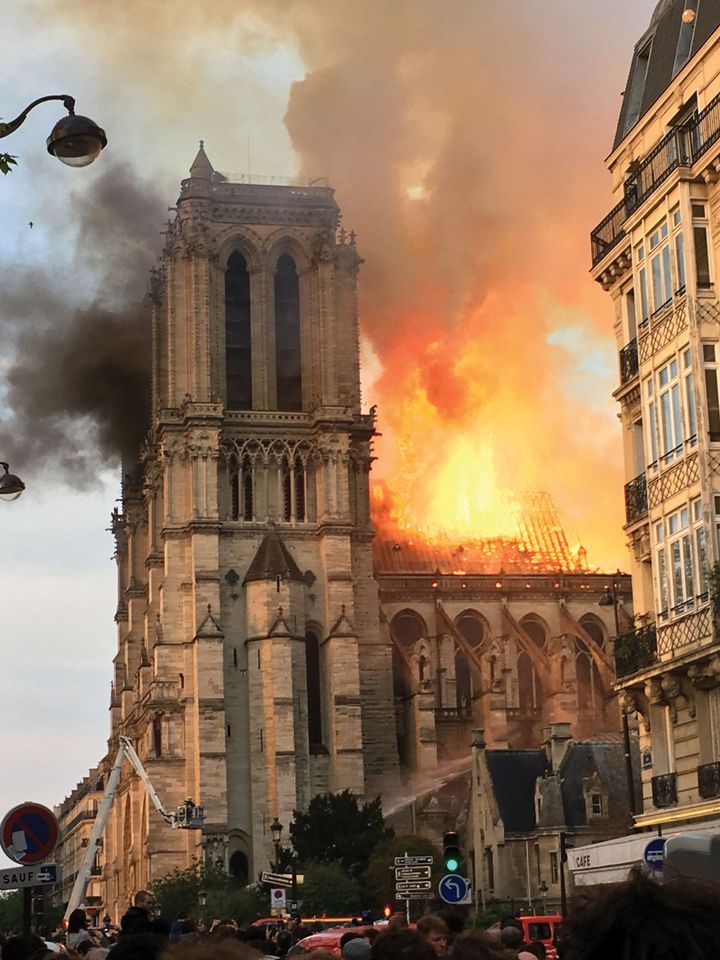 Notre Dame de Paris was ravaged by fire on 15 April

The construction of the spire is scheduled to start in 2022. It will be identical to the one built by Viollet-le-Duc in the mid-19th century that was consumed by the flames. At first, French President Emmanuel Macron toyed with the idea of inviting architects to submit designs for a “contemporary gesture”, but the resulting indignation killed off the proposal. The move to retain the original composition of the spire is in line with the plans for the whole restoration. Like the spire, the roof and the framework will be rebuilt according to historic plans, using original materials. Supported by specialists such as Francesco Bandarin, the former head of culture at Unesco, this was Villeneuve’s preference from the start, “in accordance with the principles of the Venice charter [guidelines drawn up in 1964 that provide an international framework for the conservation and restoration of historic buildings],” he says.

Villeneuve’s position led to a spat with the head of the agency, Jean-Louis Georgelin, who told him to "shut his big mouth" in front of a parliamentary commission. Now, the architect downplays the incident as a "clumsiness of someone with military training" and insists that their relationship is "going very well". His plan, detailed in a 3,000-page report, was approved by the National Heritage Commission in July 2020.

Nonetheless, the argument is not over—we are in France, after all. Although he supported the proposal for the spire, Alexandre Gady, the author of a recent book on Notre Dame’s history and a member of the National Heritage Commission, regrets the use of timber for the framework (charpente). More than a thousand oaks are being felled around France for Notre Dame. “We are victims of a sort of intellectual laziness,” he says. “The frame can't be seen, so we could have explored new materials and design. The charpente was an archeological patchwork, partly changed several times over the centuries. When France rebuilt the cathedrals of Chartres in 1836 and Reims in 1920, contemporary materials were used.”

Philippe Villeneuve disagrees. “Well, yes, and they are not ageing well,” he says, adding that he thinks the idea is “stupid”. Timber is the "perfect ecological material", he says. "Cement or metal do not [stand up] well to fire and time. But the Medieval frame withstood more than 800 years.” 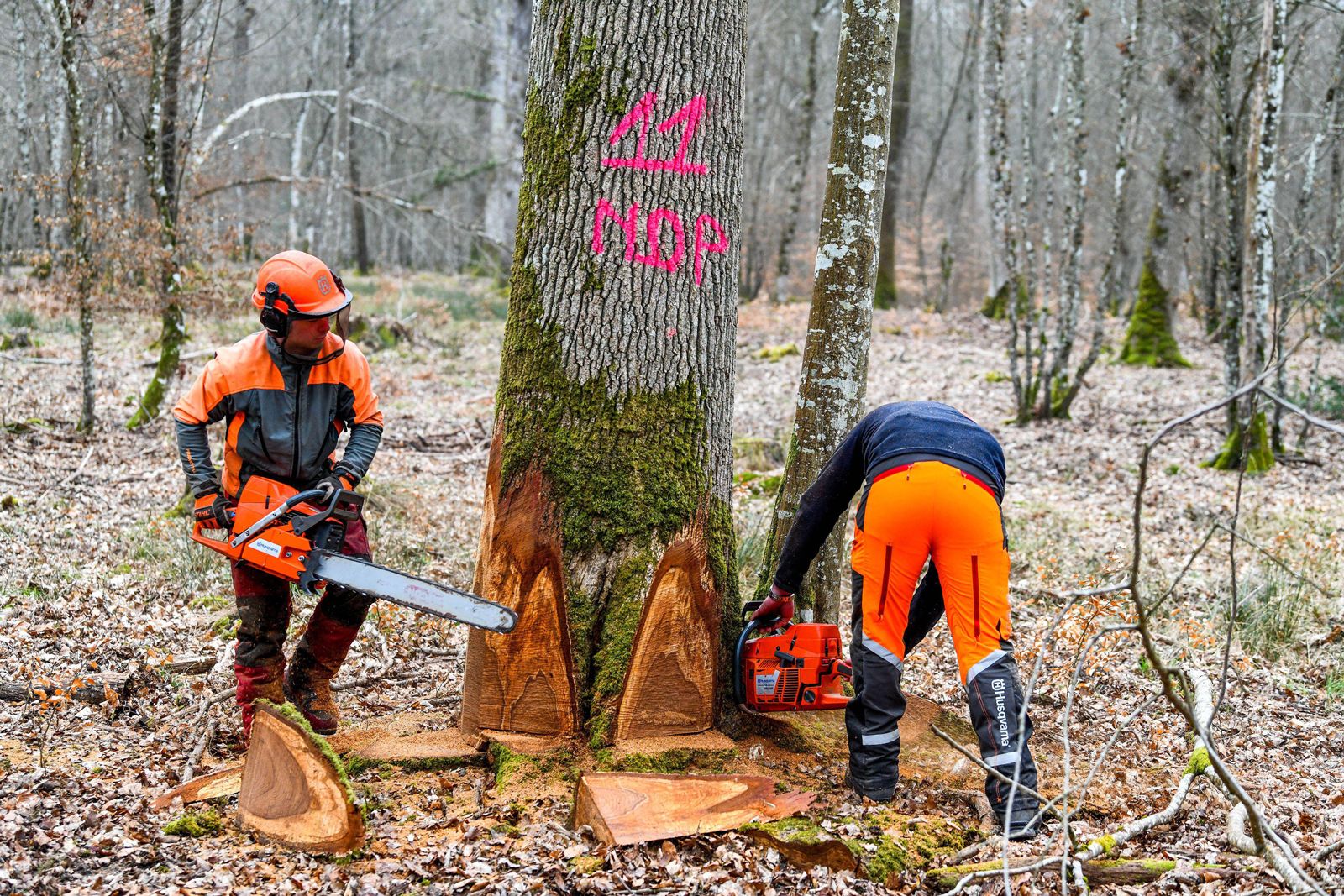 Centenary oaks are cut down and will be used for the work of the frame of the cathedral of Notre Dame in Paris © Tesson/ANDBZ/ABACAPRESS.COM

The use of lead has also attracted controversy. In the fire, 460 tons of lead covering the spire and the roof melted. The American Geophysical Union published a study saying lead exposure in the area surrounding the cathedral was seriously downplayed by local authorities. On 13 April, an association, Robin des bois (Robin Hood) filed a criminal complaint for “endangering the life of others” accusing the authorities of neglecting protection of the local inhabitants.

For Villeneuve, the threat was “over-exaggerated”. He says: “Lead vaporises at 1,750°C. In the fire, the temperature rose to a maximum of 1,220°C. So the lead on Notre Dame did not vaporise. It’s a very ductile material, resistant to all weather conditions, used since Antiquity and still today to repair churches and monuments all over Europe”. In a 2020 study, Paolo Vannucci, a researcher in mechanical engineering at the University of Paris-Saclay, also stressed the necessity of a heavy load on the top of the walls to stabilise the whole Gothic construction, that only lead can provide.

"With the restoration of the stained-glass windows, the white stones and its dramatic ambulatory, the cathedral when it reopens will be as splendid as ever," Villeneuve says confidently. But still, two years after the horrifying blaze, a criminal investigation has not been able to conclude how it started and if anyone was responsible for the catastrophe.