The converted 1930s baths complex has been expanded by the architect of the Musée d'Orsay in Paris, Jean-Paul Philippon Photo: Alain Leprince/MAIAD Roubaix

La Piscine—Museum of Art and Industry in Roubaix, north-eastern France, will reopen its doors tomorrow (20 October) after a €9.3m renovation and expansion. The museum has been closed for the past six months to complete the two-year upgrade, which aims to boost its international profile.

Located in a converted 1930s Art Deco swimming pool and baths complex, La Piscine is home to decorative arts relating to the town’s textile manufacturing heritage and an eclectic collection of 19th- and 20th-century French painting and sculpture.

The architect Jean-Paul Philippon, who designed the Musée d’Orsay in Paris, has added 2,300 sq. m of new galleries by incorporating neighbouring spaces formerly occupied by a textile mill and a school. The curators have used the expansion to develop a focus on Modern French sculpture.

Works by Rodin, Maillol and Camille Claudel are shown in dialogue with many fine pieces by lesser-known sculptors, including a dramatic 1873 marble depicting a hound savaging a fugitive slave by Félix Martin, La Chasse au Nègre. On the evidence of this scathing indictment of colonial brutality, he is an artist deserving of wider recognition.

The Paris studio of the sculptor Henri Bouchard (1875-1960), donated to the museum by his heirs, has been reconstructed as a highlight of the new displays. Once highly regarded, Bouchard vanished into obscurity after 1945, accused of Nazi collaboration. Regardless of his politics, the museum makes a strong case for reassessing his artistic legacy.

The rehung painting collection spotlights the local Roubaix group alongside works by famous names such as Ingres, Pierre Bonnard, Léonard Tsuguharu Foujita and Tamara de Lempicka. There is also more space for temporary exhibitions; the inaugural shows (until 20 January 2019) centre on sculptures by Picasso and Alberto Giacometti and ceramics by Hervé di Rosa. 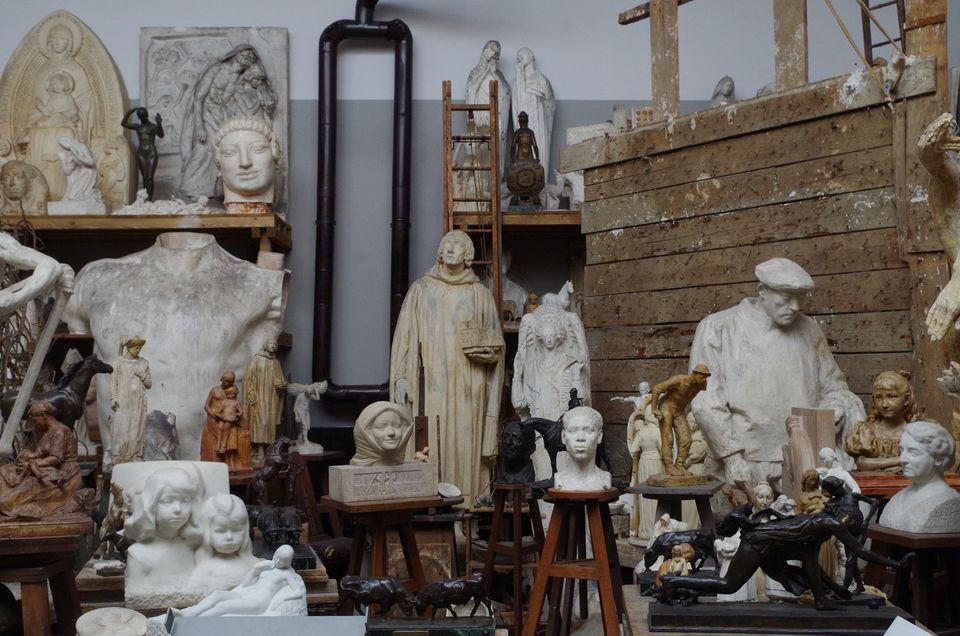