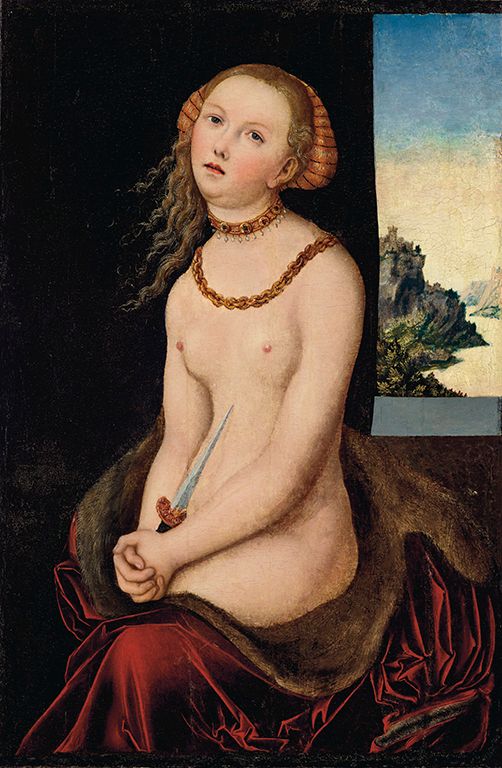 Lucas Cranach the Elder's Lucretia, which is to be auctioned at Christie's on 15 October

Taking advantage of recently relaxed rules, the Brooklyn Museum is auctioning 12 works to raise money for the care of its collections. The biggest-ticket item is Lucas Cranach the Elder’s 16th-century Lucretia, an oil on panel valued by Christie’s at $1.2m to $1.8m that will hit the auction block on 15 October.

Not long ago, this deaccessioning move would have stirred strenuous objections and even precipitated penalties from the Association of Art Museum Directors (AAMD), which has long mandated that museums sell works only to finance additional art acquisitions. But in April, the association revised its rules to help American museums struggling with a financial crisis triggered by the coronavirus pandemic. Until April 2022, they are free to use the proceeds of art sales for “the direct care” of their collections.

Anne Pasternak, the director of the Brooklyn Museum, says that the institution is planning to set up a $40m fund to pay for the collection’s care that could generate $2m a year for that purpose. The proceeds from the sale of the 12 works, all consigned to Christie’s for auctions in October, may amount to as much as $3.5m, and many more works are expected to be sold off to meet the $40m target.

“The proceeds will be used to create a permanent restricted Collections Care Fund to support in perpetuity the work of our curators, registrars, conservators and others in preserving, protecting and caring for our collections—one of the most important functions of any museum,” Pasternak says in an email. She adds that the money will go toward purposes like proper storage, conservation and framing as well as toward the salaries paid to staff members involved in caring for the collection.

The museum’s deaccessioning move was first reported by The New York Times.

Pasternak says the sales were unanimously approved by the Brooklyn Museum’s board of trustees after the works were painstakingly selected by curators.

“While it is always difficult to part with a work by any artist, the curators have been very careful to select works that, while very good examples of their kind, will not diminish our collections by their absence,” the museum director says. “The museum has a deep collection of diverse, high-quality art,” encompassing more than 160,000 items, “and many of the works being deaccessioned have not been exhibited for decades.”

“While a few works have been exhibited, we have far stronger examples in the collection for which we are better known,” she says.  “This step will enable these works to enrich other collections and reach new audiences, while allowing the museum to ensure that the core of our collection is protected in perpetuity.”

The Cranach, however, is the only work by the artist in the Brooklyn Museum’s collection. In the auction catalogue, Christie’s describes it as “consistent with works of highest quality” produced by Cranach from 1525 to the mid-1530s. “Overall it is characterised by the deft, assured, and efficient brushwork for which Cranach is known,” the catalogue says. “Of special note are the sensitive handling of the facial features, the calligraphic rendering of the highlights in the hair, the convincing modelling of volume in the hands and the striking intensity of the red folds of the robe.”

“In form and quality,” it adds, it can directly be compared with Cranach’s Portrait of a Woman from around 1525-27 in the National Gallery in London. It notes, however, that the painting’s “current appearance is somewhat compromised by old surface losses and discoloured retouchings”.

Among the other works consigned to Christie’s for sale in October is an 1868 landscape painting by Courbet, Bords de la Loue avec rochers à gauche, “a lovingly painted portrait of the strange beauty of his childhood land” in which “the artist found that nature was so dramatic in its own right there was little need for figures”. The work has a distinguished provenance, having been purchased in 1910 by the legendary American collector Louisine Havemeyer before her son donated it to the Brooklyn Museum in 1941. Its sale estimate is $400,000 to $600,000. 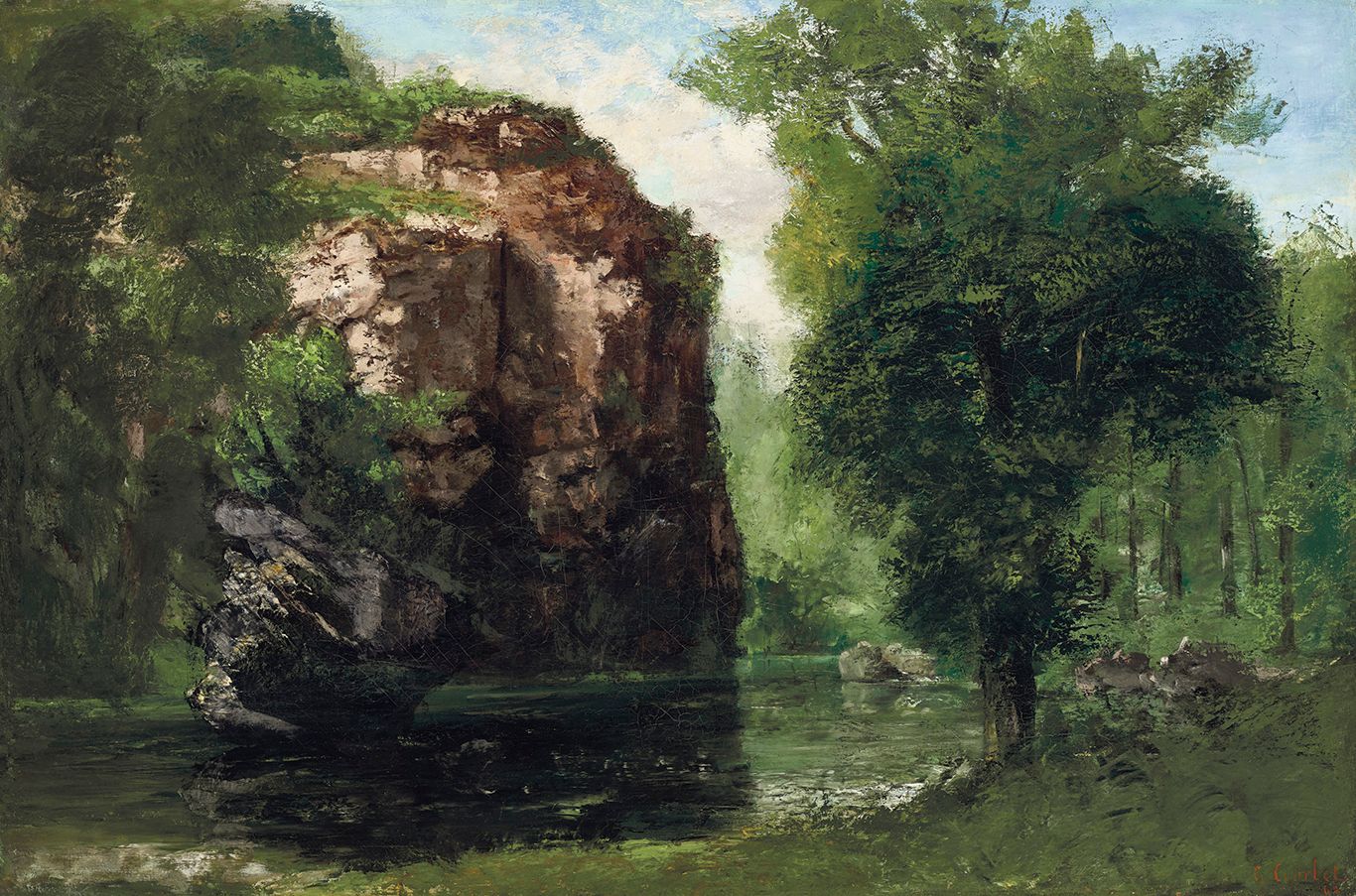 Corot’s Italienne debut tenant une cruche from the 1820s, with an estimate of $200,000 to $300,000, is an early-career portrait that shows the artist bordering on painting modern life as opposed to his more familiar landscapes. “Much of the power of this intimate painting is embedded in the directness and intensity of her gaze”, the catalogue notes of the woman depicted, which creates an “unusual intimacy.” It remained in the artist’s studio until his death in 1875. 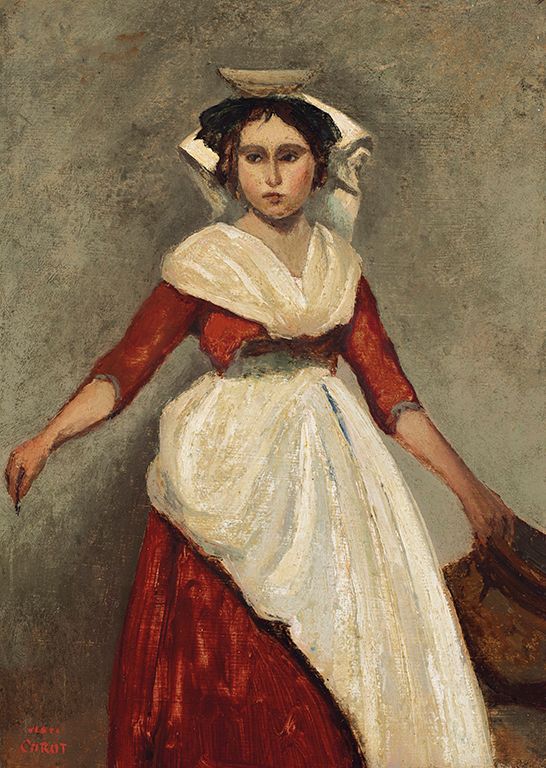 A full-length 15th-century Saint Jerome by Donato de’ Bardi, who was active in Lombardy and Liguria and only drew significant contemporary recognition in the 1970s with a fresh attribution at the Metropolitan Museum of Art, is estimated at $80,000 to $120,000.

Some are less than pleased by the museum’s fund-raising plan. “Nothing could be more depressing to anyone concerned with painting (indeed the arts) than the decision of the Brooklyn Museum to part company forever with some superb paintings,” says Michael Fried, a Courbet scholar and emeritus professor of humanities and the history of art at Johns Hopkins University, in an email. “We will all have our particular favourites, but for me the sale of the Corot, the Courbet and the Daubigny is particularly egregious.”

“I get it, of course, that the museum is financially strapped,” he adds. “But no such considerations can reconcile me to the loss of these treasures.”

Tyler Green, the host of The Modern Art Notes Podcast, tweeted: “You're an art museum in probably the wealthiest city in the world. If you can't raise a measly $40m to maintain your institutional integrity at the same time the wealth of billionaires in America has increased by at least $700bn in six months, you have the wrong leadership.”

Keith Moxey, a professor emeritus of art history at Barnard College who specialises in Northern Renaissance art, commented: “The Brooklyn Museum is divesting itself of some excellent paintings. Circumstances must be indeed dire for them to do this. My concern would be that the pictures go to other public collections so that they continue to be available to a wide audience.”

Christine Anagnos, the executive director of the AAMD, however, says that the museum’s plan dovetails with the provisions approved by the association’s board of trustees in April and “smartly addresses long-term financial planning”.

“Similarly, from my understanding, they have taken all the proper steps in identifying the specific works to deaccession, recognising that collections management is a complicated process and different people have different perspectives depending on their role,” she adds in an email. At the same time, Anagnos says, the AAMD board has “been very clear that we do not want to incentivise deaccessioning beyond what museums might normally undertake as part of collections management”.

Martin Gammon, the founder and president of Pergamon Art Group and author of the book Deaccessioning and its Discontents: a Critical History (MIT Press), argues that “we should be in favour of a museum deaccessioning works with a clear curatorial rationale, to jettison works of secondary quality in order to improve the collection’s depth and diversity.”

He said that most of the works targeted in the Brooklyn Museum’s plan “appear on first blush to potentially meet that criteria, except perhaps the Lucas Cranach the Elder Lucretia, which appears to be the only work by that Renaissance master in their collection”.

“The estimate of $1.2m to 1.8m also accounts for about half of the expected proceeds of $2.3m to $3.5m, which begs the question as to whether its inclusion is more driven by a monetary than a curatorial imperative,” he adds.

Gammon says he nonetheless sees the museum’s move as a bellwether, and that his firm has been approached by other institutions contemplating deaccessions to raise operational funds.

“The pole star must always be: what is the best means to ensure the survival of the institution and the core collection it houses in perpetuity, and if that means calving off some appendages to preserve the whole, sometimes that is the only course of action available in this critical environment,” he says. “The Brooklyn Museum is merely at the vanguard of that trend.”