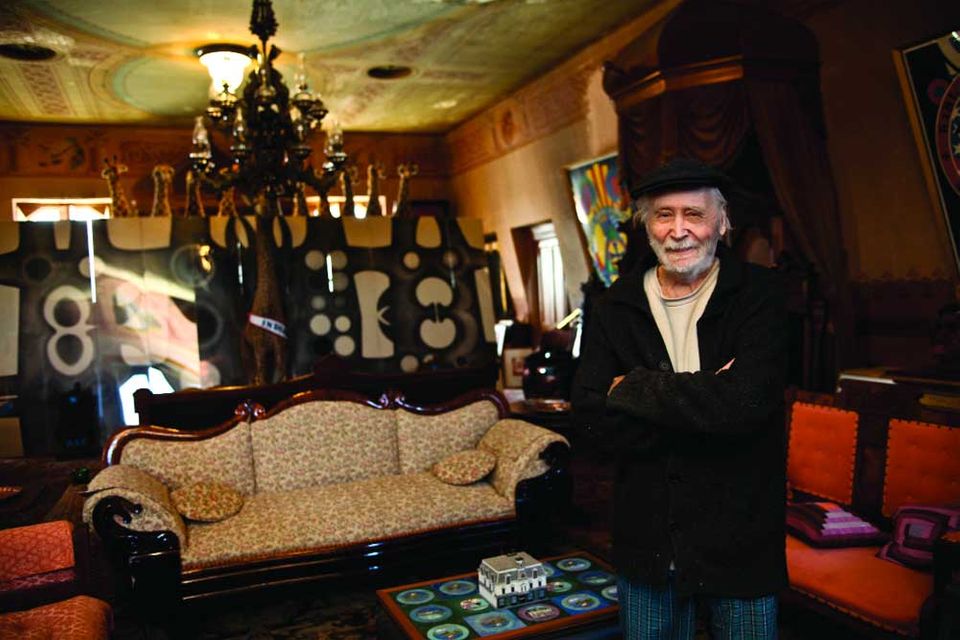 The publishing firm American Image Art and its founder, Michael McKenzie, have hit back in the much-publicised lawsuit that accuses them of unleashing at least $30m-worth of Robert Indiana forgeries on the market.

The suit, filed by the Morgan Art Foundation the day before the artist died in May, accuses McKenzie of exploiting the increasingly infirm artist, forging his works, and damaging his market and reputation with inferior forgeries. But the defendants filed counterclaims on 13 July giving a sharply different version of events. They allege Morgan “duped” Indiana into ceding certain rights to his art and “attempted to wrest control of Indiana’s artworks through intimidation and lies”.

The defendants’ inflammatory allegations have heated up the dispute. “These counterclaims are full of lies. They amount to nothing more than an unsuccessful and desperate effort to distract from the devastating allegations in Morgan’s complaint”, says Morgan’s lawyer Luke Nikas.

A third defendant, Jamie Thomas, Indiana's long-time assistant, filed an answer to the complaint generally denying any wrongdoing. Thomas obtained Indiana's power of attorney in 2016 and Morgan alleges he was a co-conspirator.

Essential to Morgan’s complaint are two contracts between Indiana and Morgan. According to the complaint, one contract gives Morgan the copyright and trademark to all images and sculpture Indiana produced between 1960 and 2004 and the exclusive right to reproduce and sell the images, in exchange for 50% of the net income. Under a second contract, Morgan has the exclusive right in to fabricate and sell certain sculptures, including Indiana’s famous LOVE, in exchange for 20% of the sale price. Morgan claims the defendants violated these rights by reproducing and selling work protected under its contracts, some of which are forgeries.

Indiana worked with American Image on certain works after 2004, not covered by the contracts. One was HOPE, produced in 2008 when Barack Obama was running for president. According to Morgan, Indiana didn’t approve of some renditions and said McKenzie “forced him into approving HOPE through emotional abuse and intimidation”. Morgan’s claim says Indiana disavowed other works the defendants made and sold and that Indiana said he was afraid of McKenzie, who would “do things without even asking”.

The defendants say Morgan rarely compensated Indiana under the contracts and that Indiana complained about it. Characterising the lawsuit as “egregiously frivolous,” the defendants accuse Morgan of making such “salacious claims” to divert attention from its failure to pay Indiana.

The defendants claim Morgan disparaged work it didn’t control the rights to, trying to increase the value of its own holdings, and it wanted to keep Indiana in “economic servitude”. Morgan’s agent “just wants to control me”, Indiana is alleged to have said. Nikas says that by identifying questionable work, Morgan is trying to preserve Indiana’s legacy.

Far from being afraid of McKenzie, as Morgan alleges, the defendants claim Indiana instead feared Morgan. Indiana thought Morgan stole some works loaned for exhibitions and was afraid to loan others because Morgan might steal them, the defendants say. They also allege Morgan made 100 bronze sculptures cast from Indiana’s work with Brian Ramnarine, who was convicted in 2014 of forging Indiana’s works. Not true, says Nikas–Ramnarine’s work was independent of Morgan.

The defendants seek, among other things, a declaration they didn’t violate Morgan’s copyright, an injunction against Morgan’s claiming they forged Indiana’s work and damages for defamation. A 23 July conference set a discovery cutoff date of 21 December.