Around 18,000 people invested in the now bankrupted company's manuscripts collection, but state says many items of historical importance should never have been sold 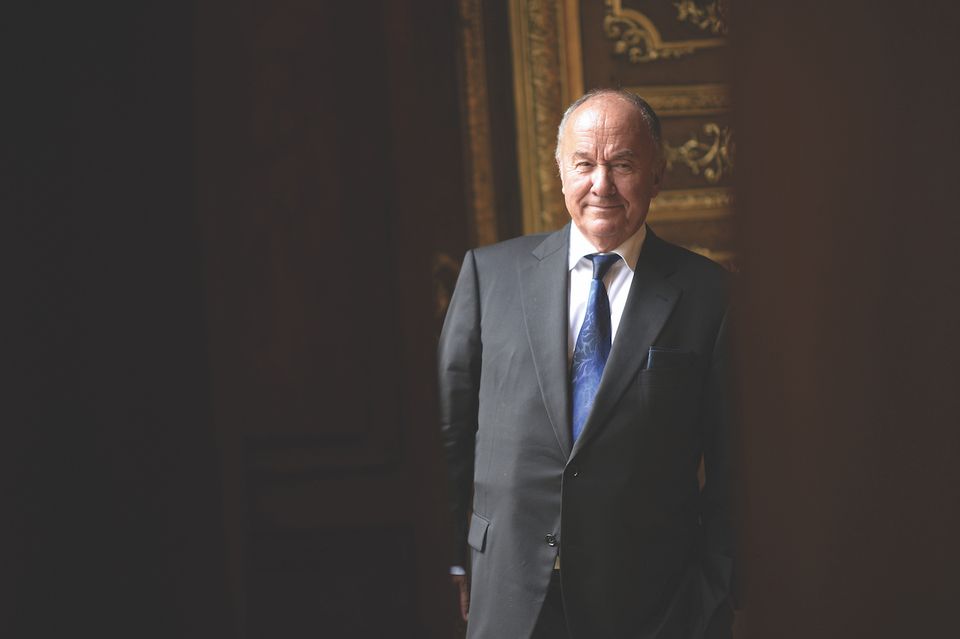 Gérard Lhéritier, the founder of Aristophil, and the Book of Hours that sold for €4.2m Martin Bureau/AFP/Getty Images

Since December 2017, the Paris-based auctioneer Claude Aguttes has been selling off the world’s largest private collection of manuscripts, belonging to the French company Aristophil, with the help of other local auctioneers. The firm went bankrupt in 2015 after its founder, the dealer Gérard Lhéritier was charged with fraud and money laundering. A criminal investigation is ongoing; Lhéritier denies all accusations.

By the end of June, around 3,500 lots from the collection will have been offered in 21 sales, for prices far lower than those paid by the 18,000 individuals who invested some €850m to either buy manuscripts or purchase a share of Lhéritier’s collections.

But Aristophil’s clients are now facing a new ordeal, with the French government seeking to recover hundreds of public archives that should never have been sold. More than 900 lots have been withdrawn by curators who, by order of the judge, screened Aguttes’s requested items for the sales before the catalogues were put together. Hundreds more are being sought for the next auctions. Under French law, these papers are public property and are confiscated without compensation.

Some of the seized documents are undoubtedly of historical importance, such as Louis XVI’s Address to the French, written before his arrest and execution, and Charles de Gaulle’s archives during his first years of exile in London. But the significance of others is less clear, including a note from Napoleon insisting that no diamond be bought for his coronation. The list of items seized also includes 18th- and 19th-century administrative documents from various French provinces.

Aristophil’s clients, many of whom face losing their life savings, question why the state did not retrieve them before, especially as 60% of the 900 items were purchased at public auction. However, sources in the culture ministry say they were not always properly informed by the auction houses in time to act.

In fact, recent leadership changes at the French Public Archives have led to a stricter application of the rules, which comes “at the worst moment for the victims in the Aristophil case”, says Philippe Julien, a lawyer for some victims. He also questions whether the company benefited from political protection. In total, the Aristophil inventory amounts to around 130,000 lots, some consisting of dozens or even hundreds of papers. Figures are not official, but The Art Newspaper understands that the average value of the lots sold to date amounts to just less than 14% of the prices paid by Aristophil’s clients—and that excludes the 40% profit over five years that they were expecting when they bought into the scheme. There were some good sale results, such as a 15th-century illuminated Book of Hours, which sold for €4.2m in June last year. Even so, it had been sold to Aristophil’s clients for €7m straight after the company bought it for €2.2m in 2011.

Furthermore, of the 1,167 lots put up for auction in eight sales last summer, 509 failed to sell. “The market has already been hit by the collapse of Aristophil, which was its main actor, and will suffer even more when this huge mass of letters by writers or politicians, most totally trivial, flood the market,” says a librarian, who asks not be named.

Might there be a faint glimmer of hope for some clients of Aristophil? For the first time last month, a civil court in Privas in southern France has ordered one of the bankrupted company’s brokers and CNA Insurance Company to immediately pay an indemnity of €750,000 to five investors.

Condemning the broker for misinformation and “disloyalty“ towards his clients, the court considered that he—and therefore his insurer—should cover 85% of their losses.

Dimitri Pincent, a lawyer representing an association of victims, sees it as an “opening“ for a dozen more lawsuits he launched in various cities against other brokers and CNA. However, CNA is appealing what its lawyer Céline Lemoux describes as a “highly specific and challenging decision, which follows ten similar claims that were previously rejected, in one case by the court of appeal in Paris.”

Up to last April, the auction sales conducted by Claude Aguttes had collected €41.3m in revenues, and, since the start of the criminal investigation, more than €140m has been seized in cash and assets from Lhéritier family and company. But this is still a small sum compared to the €850m that Aristophil’s scheme collected over a dozen years.