Art Basel: an old fair gets a new(ish) look

As art fairs get larger and visitors’ attention spans shorter, a little reorganisation goes a long way. To this end, the directors of Art Basel’s 46th edition (18-21 June) have given its ground floor galleries a logical rehang. This floor, dedicated to dealers who specialise in secondary market art, had become ill-defined in recent years as many of the art world’s previous boundaries have also blurred. Several living artists have earned the “classic contemporary” stamp of approval (think Gerhard Richter, Frank Auerbach, Anselm Kiefer), meaning that while they do not belong among the edgier, first-floor newbies, nor do they fit in among the historical heavyweights.

At this year’s Art Basel, the galleries are grouped together according to their specialism, so around half have moved from their usual slots. An enthusiast of German and Austrian Expressionism no longer needs to cross the vast floor to visit London’s Richard Nagy and Munich’s Galerie Thomas; they will now be on the same block. Ditto for fans of Surrealism: Paris’s Galerie 1900-2000 is now within spitting distance of Berlin’s Galerie Berinson.

While there is something of Disneyland about the zoning, the revamp does seem overdue. Art Basel’s fairs in Hong Kong and Miami are more delineated—plus the dealers have asked for it. “The new architecture is more coherent, as if we were starting a new fair from scratch,” says Marc Spiegler, the director of Art Basel. “People have limited time and we don’t want them to spend it working out the gallery configuration.”

Such refreshments belie the reality that not much has changed in terms of the exhibitors. The main section of the fair has only three new dealers this year—Rodeo from Istanbul and London, Take Ninagawa from Tokyo, and London’s Vilma Gold—none of which is a complete stranger to a fair-going crowd. 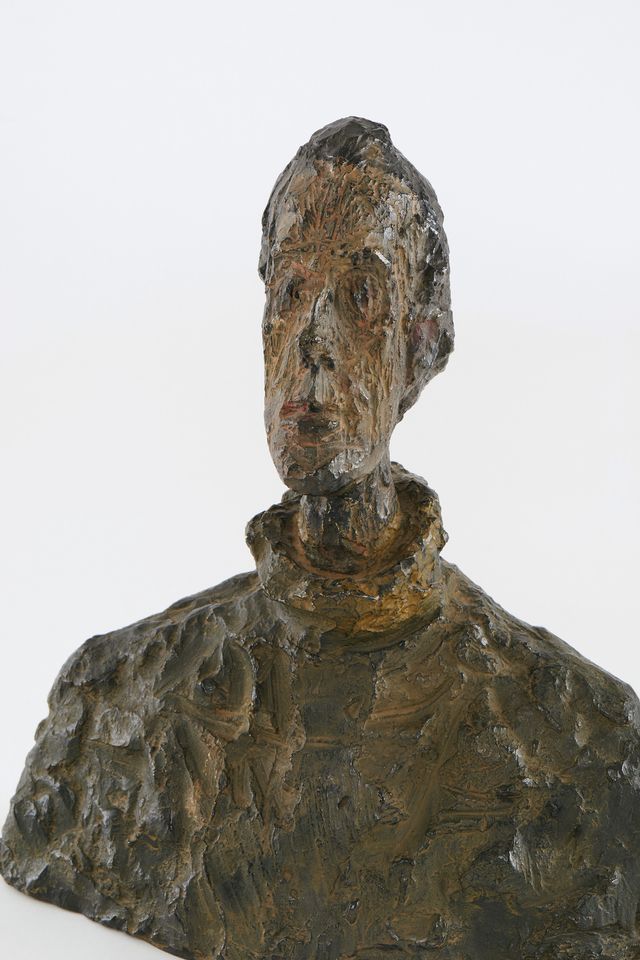 Giacometti’s Head of Diego in a Turtleneck (around 1951) shows at the Dominique Lévy booth.

Some of the works will seem familiar too, as this season’s auction darlings, not least later Picassos and distinctive Giacometti bronzes, will reign supreme on the ground floor. Landau Fine Art has Picasso’s Les Dormeurs (the sleepers, 1965) and Dominique Lévy is bringing a Giacometti bust of his brother Diego (1951).

The enlarged Feature section, which the fair says “emphasises precisely curated projects”, offers more surprises and will be divided between both floors. It is up from 25 to 30 galleries this year. Highlights include James Cohan’s booth dedicated to John Cage, which will have the musician’s first visual work, an eight-part “plexigram” (silk-screened Plexiglass panel) to commemorate the death of his friend and mentor Marcel Duchamp, Not Wanting to Say Anything About Marcel (1969). Luxembourg & Dayan is bringing two works by Michelangelo Pistoletto, one of which, La Gabbia (the cage, 1967-74), will invite visitors into a wall-to-wall cycle of mirrored panels emulating a prison cell.

The Messeplatz project should also prove a sight for fair-weary eyes. The Argentina-born artist Rirkrit Tiravanija, who now works partly in Thailand, is creating a leafy, lateral work, Do We Dream Under the Same Sky (2015). The project, complete with a herbal garden and bamboo canopy, will bring a bit of nature to the fair’s concrete and chrome epicentre. “It’s a place for people to engage in a conversation for more than three minutes,” Spiegler says. Now that would be refreshing.