As anticipation grows for the first-ever edition of new commercial venture, the city serves up a slew of shows 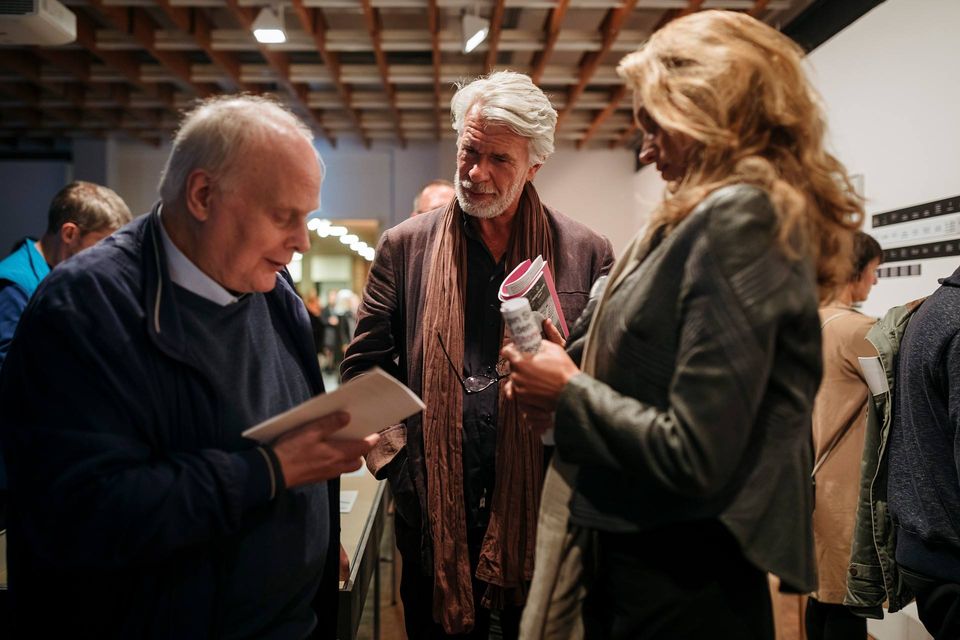 The sixth Berlin Art Week kicked off yesterday (13 September) with a slew of openings across the German capital. The event is anchored by the much-anticipated Art Berlin, a new art fair. But this year's programme of 40 exhibitions in public and private venues is sure to offer weary fair-goers some respite. Here are the highlights.

The opening of an exhibition of Willem de Rooij’s works at KW Institute of Contemporary Art on Wednesday night attracted a long queue that snaked around the Auguststrasse building. One could barely fit into the room for the screening of I’m Coming Home in Forty Days (1997), a mesmerising 16mm film, made in collaboration with Jeroen de Rijke, that stars a giant iceberg shot from a boat. Meanwhile, hundreds gathered in KW’s darkened large hall to experience the 12-channel sound installation of slay dogs’ howling orchestra. This understated exhibition is an unlikely blockbuster but it demonstrates that Berlin institutions have little need to be flashy to attract audiences.

An ambitious retrospective of the late German filmmaker Harun Farocki is on show at several venues across Berlin. By Other Means at Neuer Berliner Kunstverein opened on Wednesday night with Farocki’s installations created specifically for art spaces (white cubes instead of black cubes) that deal with cinema and montage. Among the highlights is Dubbing (2006), which shows the famous “You talkin’ to me?” scene in Martin Scorsese’s Taxi Driver dubbed in several languages, and War Tropes (2011), one of Farocki's last works, which shows recurring motifs in the war-film genre across five screens. Farocki’s complete cinematic works will be screened chronologically at the Arsenal cinema through September, October and November. Farocki will also have a retrospective at Paris’s Centre Pompidou in November.

Several anticipated performance events are taking place across the capital today (14 September). Former Tate Modern director Chris Dercon’s debut season as the new head of the Volksbühne includes a six-hour dance extravaganza by the French choreographer Boris Charmatz. In A Dancer’s Day, audience members will be invited to take part in the daily life of a dancer, from warming up, workshops and a picnic, to the world premiere of a new choreography, 10000 Gestures. The event takes place at the Volksbühne’s new venue at Tempelhof’s Hangar 5, just one of the latest additions to the former Nazi airport’s transformation into a giant Berlin playground. Expectations are high since the former director of Tate Modern has faced continuing public scrutiny and protest since the announcement of his post in 2015.

The four-day Festival of Future Nows at the Hamburger Bahnhof also features performances. Starting this evening, more than 100 artists will participate in an interdisciplinary festival—now in its second edition—created in collaboration with Olafur Eliasson’s Institut für Raumexperimente. Belgian artist Miet Warlop’s performance and living sculptures are also on show across Hebbel am Ufer’s three venues.

A major highlight of the week is Monica Bonvicini’s solo show at the Berlinische Galerie, which opens on Friday evening. Her impressive conceptual installation comes complete with a swinging mechanical whip made of black leather belts. The Berlin-based artist won the Preis der Nationalgalerie in 2013 with a similar work pushing the boundaries of playground and sado-masochism, and is currently participating in the Istanbul Biennial (16 September-12 November).