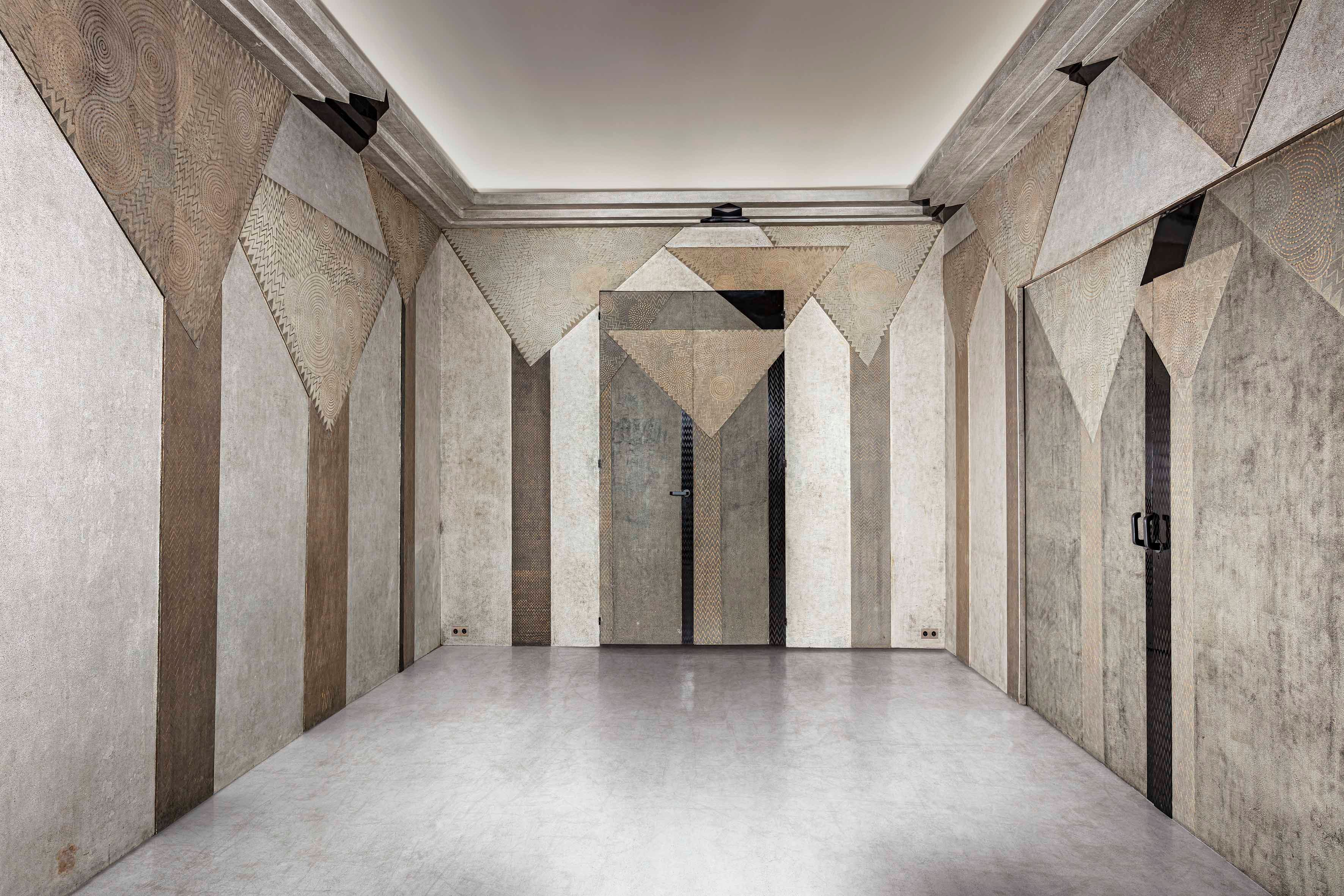 It could be straight from an episode of Poirot.

This smoking room, Les Palmiers (1930-36), designed by Jean Dunand for the Parisian apartment of Mademoiselle Collette Aboucaya on rue de Monceau, is the height of Art Deco decadence. And, though we are now in the age of vaping not smoking, it is now coming up for sale at Phillips in London on 4 May, estimated at £1.5m to £2m.

In 1925, Dunand had been invited to design a smoking room for the French Embassy Pavilion at the Paris Exposition Internationale des Arts Décoratifs et Industriels Modernes Aboucaya. For the first time, he used lacquer panels on the walls and his lacquer designs for the car interiors of the coachbuilder Henri Binder were also shown at the exhibition. Aboucaya, whose father and uncle had recently bought Binder's firm, was impressed by Dunand's work and commissioned him to design this smoking room for her own apartment. As the name suggests, the room's design evokes stylised palm trees, luxuriously rendered in sharp, geometric lacquered panels, painstakingly built up in layers.

It is, says Domenico Raimondo, the head of design, Europe and senior international specialist at Phillips, "the complete, quintessential Art Deco environment, a fait accompli". Raimondo expects whoever buys this room will want to install and use it. And as for who might want to buy a room like this, he says: "There are quite a few important Art Deco collectors in the world but it also might go to someone in Asia because of the importance of the lacquer tradition in countries such as Japan. Or, it could appeal to a contemporary art collector. Commercially, it has broad appeal." Raimondo describes the estimate as "very attractive". 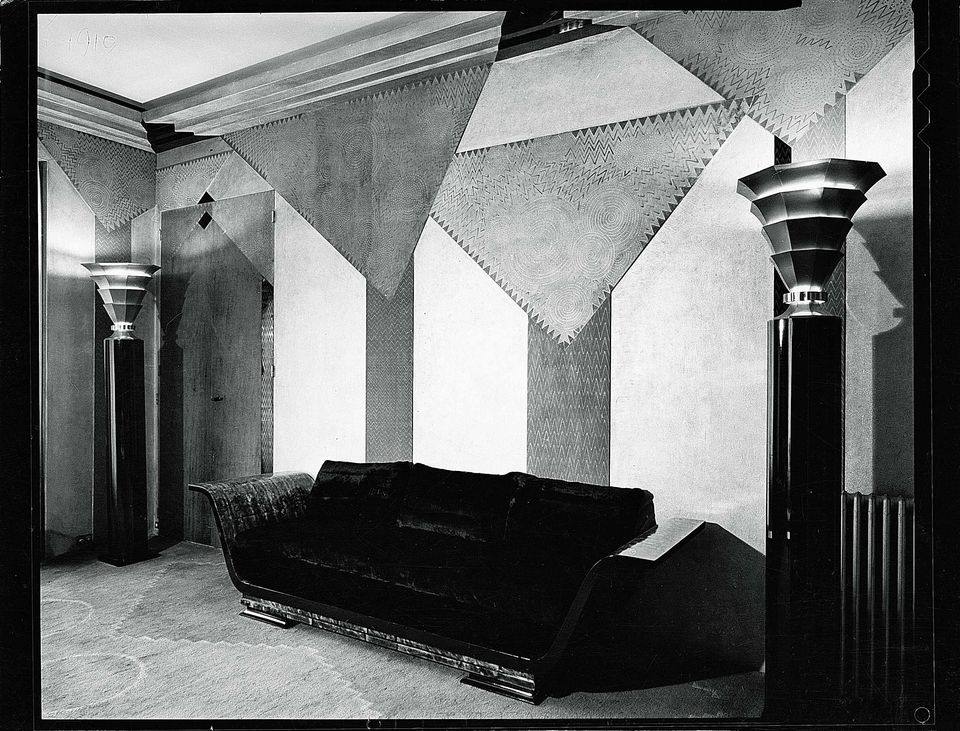 Back in 2011, Les Palmiers sold to the current vendors at Christie's in Paris for €2.1m (including fees). According to Christie's catalogue, it had been removed from Aboucaya's apartment following her death in 1997 and was sold along with other furnishings from her home at Drouot in Paris. There it was bought by a French collector and "subsequently shown at the Paris Biennale des Antiquaires in 2000 where it was acquired for the collection of the Château de Gourdon, installed and accessible to the public" until its sale in 2011. The current owners have had it in storage.

Also in that 1997 sale at Drouot was a daybed, designed by the Japanese artist Katsu Hamanaka for the smoking room. The daybed was bought by the late designer Kenzo (and has since been in another collection) and will be reunited with Les Palmiers, temporarily at least, as it appears in the same design sale at Phillips on 4 May.

Although Phillips has never before sold a smoking room like this, in 2019 (in collaboration with the Italian auction house Cambi) it did sell the interior of Casa Lucano, an apartment designed by Gio Ponti in 1951, containing pieces by designers such as Piero Fornasetti and Edina Altara. And in 2018, Phillips sold Fornasetti's La Stanza Metafisica (Metaphysical Room) from 1958, comprised of 32 transportable panels decorated with Surrealist stairways, passageways and ladders, for $507,000, a record for the designer and artist.

Les Palmiers is not guaranteed (yet), although a Phillips spokesperson says it would indeed be possible to guarantee a room.