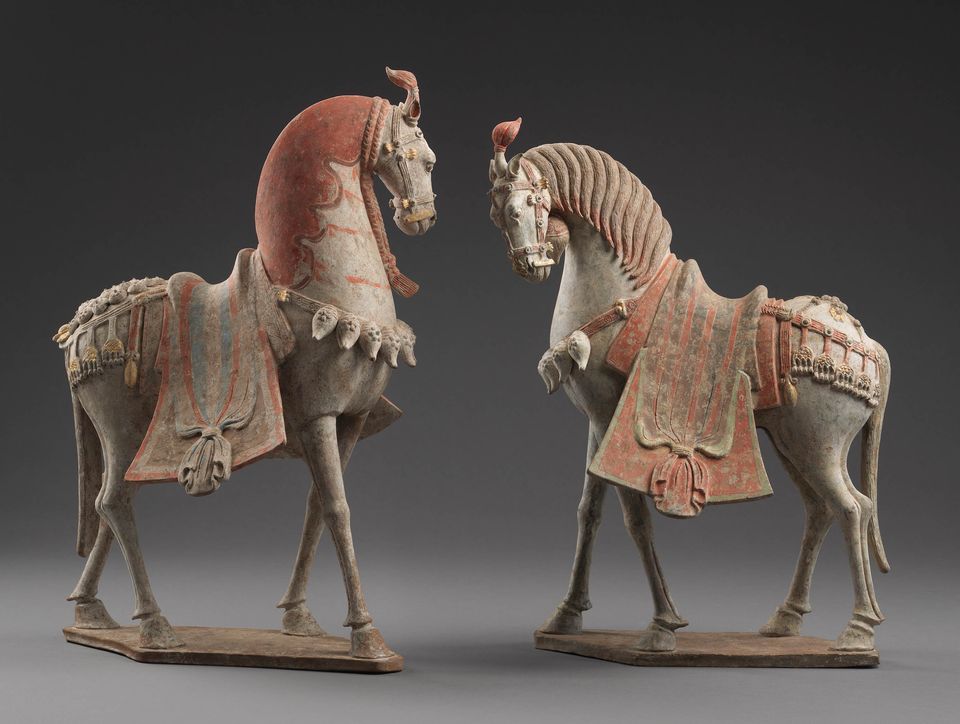 For Norman Kurland, the well-known US film and television agent, deciding what to do with his collection of art dating from China’s Six Dynasties period (220-581AD) has been a “bittersweet” process. “I thought for years—do I give it to my university museum, do I give it someplace else, do I sell it?” He even considered burying the whole lot with him when he died.

In the end, he entrusted the collection to Giuseppe Eskenazi, the renowned Mayfair dealer who had sold him most of the works in the first place. Eskenazi will offer 38 objects from Kurland’s collection in an exhibition as part of Asian Art in London (AAL), a diverse dealer-led initiative of concurrent exhibitions, auctions and educational events.

Kurland’s collection includes a range of materials—stone sculptures, earthenware figures, gilt-bronze metalwork and glazed ceramics—but is mainly limited to works from the fifth and sixth centuries. Highlights include rare examples of Buddhist sculpture from imperial cave temples such as Yungang and Gongxian. Prices range from five to seven figures.

Other highlights of AAL, this year dubbed East Meets West, include an exhibition of Pahari paintings from the Eva and Konrad Seitz collection at Francesca Galloway, and a show focused on trade routes and export wares such as brasswork from Benin and Sinhalese ivory furniture at Jorge Welsh Works of Art.

To celebrate AAL’s 20 years, a gala party will be held on 9 November in the newly reopened Joseph E. Hotung Gallery at the British Museum. Meanwhile, in keeping with the market’s shift towards newer art, the AAL annual lecture at Sotheby’s Institute of Art on 2 November asks whether London can become a global hub for Modern and contemporary Asian art.