UPDATE: ATG debuted on the London Stock Exchange on 24 February with a market capitalisation of £600m 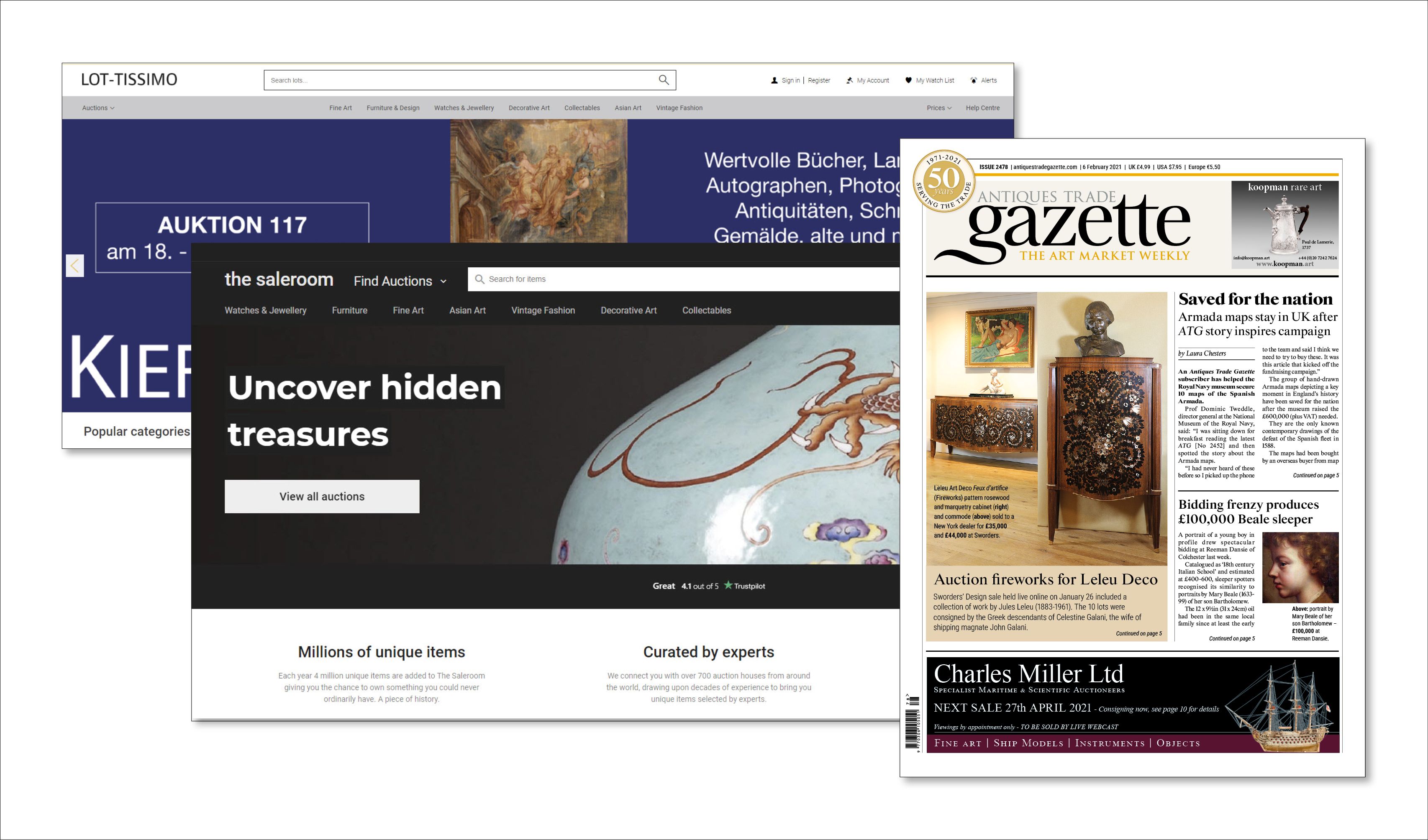 The online bidding platform and publisher Auction Technology Group (ATG) could be going public, announcing an expected intention to float in order to reduce debt and to secure investment, with some investors cashing out to a degree.

Why are they doing it? And why now?

The second question is easier to answer quickly: in the UK, with the Brexit transition period over and a deal done, greater certainty is leading to a market thaw and a flurry of Initial Public Offerings (IPOs), such as ATG intends. Investors have money burning a hole in their pockets and interest rates remain low. Add to that the extraordinary growth of online auction sales during the pandemic and this is really too good an opportunity to miss, both in terms of raising new investment and for those investors looking to cash in.

The why question is more complex. Now in its 50th year, the organisation has transformed beyond all recognition from Antiques Trade Gazette (the original ATG, which is still going), the brainchild of the late Ivor Turnbull, a former journalist who saw a gap in the market for a publication based around a weekly fine art and antiques auctions listing. Started in 1971, for years it ran on just a handful of staff before selling to the Daily Mail Group in the mid-1990s. The new senior management team were quick to recognise the potential of the internet for auctions and started to develop the-saleroom.com soon after the turn of the century, launching a live bidding platform in 2006 which concentrated particularly on providing the service to regional auction houses.

The measured planning and development of the platform, as well as its association with Antiques Trade Gazette—a brand with a hugely loyal following among dealers and collectors as "The Bible of the Trade"—made it the industry standard, and the-saleroom continued to grow under a management buyout in 2007, backed by private equity house Matrix. During this period, the company had also extended its interests into the industrial and commercial auctions sectors, hosting sales that ranged from bankrupt stock (I can remember a run on wholesale packs of condoms) to the contents of entire factories. 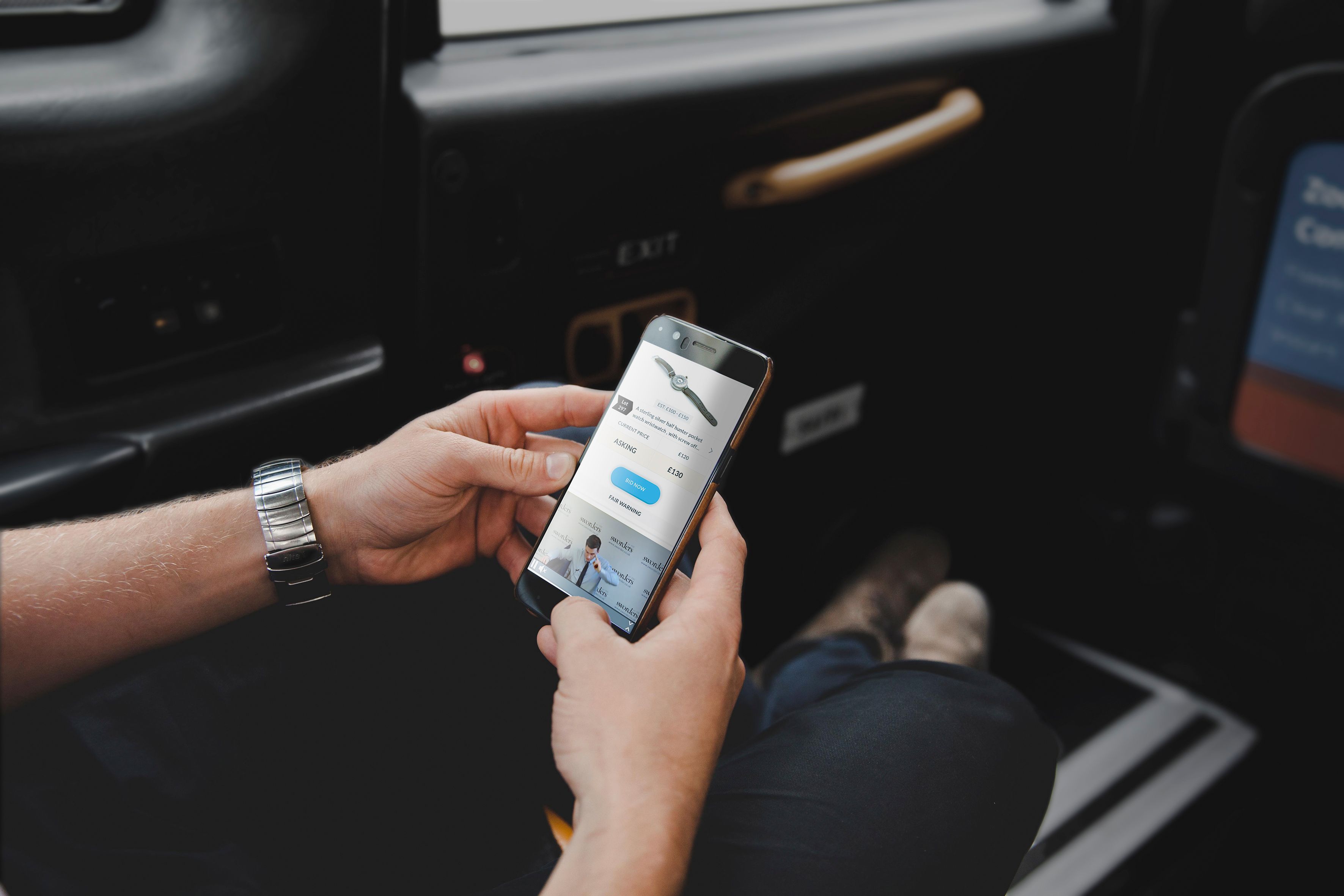 By early 2015 after the company had been sold on to new private equity interests, it had moved to plush new offices opposite Tate Modern, with over 120 staff. Further investment, expansion across Europe and the US, as well as China, through growth and acquisition, led to another private equity sale a year ago, and the company seemed as thrusting as ever.

Of course, while all of the above was going on, others had also caught on to the potential of these markets, with longer established brands like Ritchie’s, Maynards and CA Global Partners looming large in the industrial sector—now ATG’s most lucrative realm of activity—while Invaluable and LiveAuctioneers secured significant shares in the fine art, antiques and collectibles sphere. New players, like EasyLive, also started to eat into the live auctions cake, and individual auction houses, seeking to take back control of their data and reduce live bidding fees, launched competing in-house services so that auctions now often feature three or more live bidding platforms for every sale.

Then the pandemic struck and changed everything. The adoption of online bidding is thought to have advanced anywhere between five and ten years in a period of about six weeks, and the signs are there’s no going back. This positions portal platforms like those in the ATG stable with a unique opportunity, not just in art and antiques, but especially in the industrial sector, where liquidation sales are among the fastest growing generators of auction revenue globally.

The-saleroom.com remains the leading live bidding portal for art and antiques in the UK, and auction houses are still afraid to drop it because of its effectiveness in attracting buyers. However, its Achilles Heel is its fee structure, which now presents bidders with a noticeably more expensive option than the auction houses’ in-house platforms, a fact that the auctioneers are only too keen to exploit as they take to the rostrum.

The opportunities are vast, but so are the costs of servicing the live bidding behemoth, and competition is furious. The pressure on margins is counterbalanced by volume potential, so there is a lot to play for.

Will all of the players survive? It is too early to say, but the chances cannot be good for those without significant investment. ATG’s pitch for a £600m valuation is a bold move to stake its claim on the future.