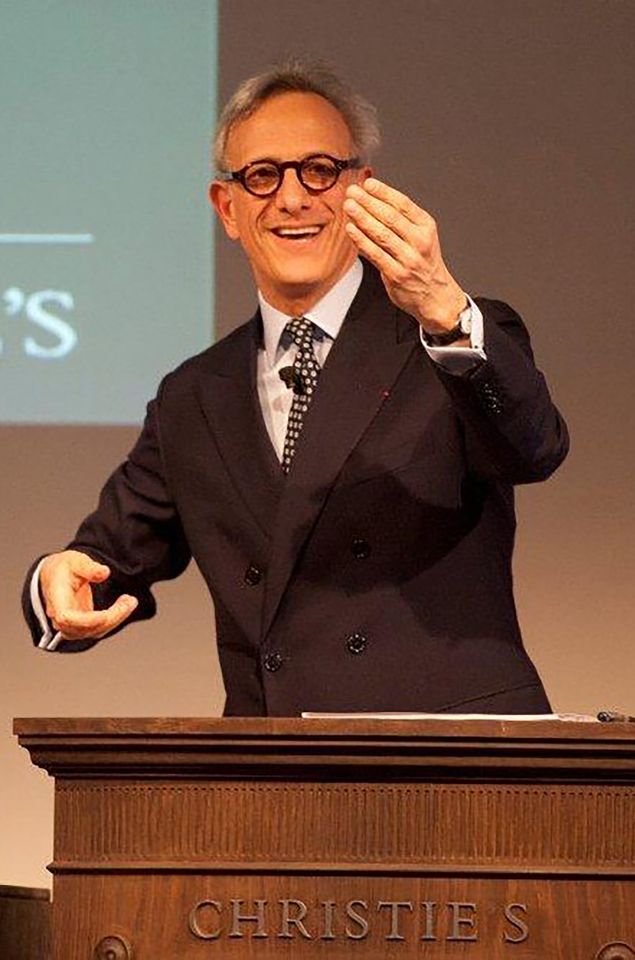 The president of Christie's France, François de Ricqlès, is stepping down to set up his own advisory business © Christie's

The president of Christie’s France, François de Ricqlès, will step down next June to set up an art advisory business. His replacement is Cécile Verdier, the vice-president of Sotheby’s France, who takes up the post next summer; she was previously at Christie’s where she was a specialist in the 20th-century decorative arts and design department from 2001 to 2007.

De Ricqlès joined Christie's from Drouot in 2002 and was appointed president in 2010. “I am going to be 60, and it’s a good time to turn the page and begin [the third phase] of my professional life after Drouot and Christie’s,” he told our sister paper, The Art Newspaper France.

De Ricqlès began his tenure at Christie’s when the French government opened up the auction market to international investors. He oversaw a series of major sales including the €374m auction of the Yves Saint-Laurent collection of art and antiques in 2009 at Paris’ Grand Palais. One of the most significant private sales was also secured under his watch when two works by Rembrandt were acquired by the Louvre and Rijksmuseum early 2016 for €160m.

The move comes after a record year in Paris at both Christie's and Sotheby's. Christie's France sales totalled €342.3m in 2017 (up 40% for 2016) boosted by the €24.9m sale of Alberto Giacometti’s 1960 sculpture Grande Femme. Meanwhile Sotheby's notched up €246.5m, its highest result since launching in France in 2001, and set a new record for Chinese porcelain in France—$19m for the Imperial 18th-century Yangcai Famille-Rose porcelain vase sold in June.

Guillaume Cerutti, the chief executive officer of Christie’s, says in a statement: “I am pleased that [De Ricqlès’] association with Christie’s remains strong, as he continues to serve on our European advisory board. I am equally delighted to welcome Cécile Verdier next year, which is excellent news for Christie’s.”