Australian museum boom: as most institutions face cuts, National Gallery of Victoria’s massive expansion flies in the face of coronavirus 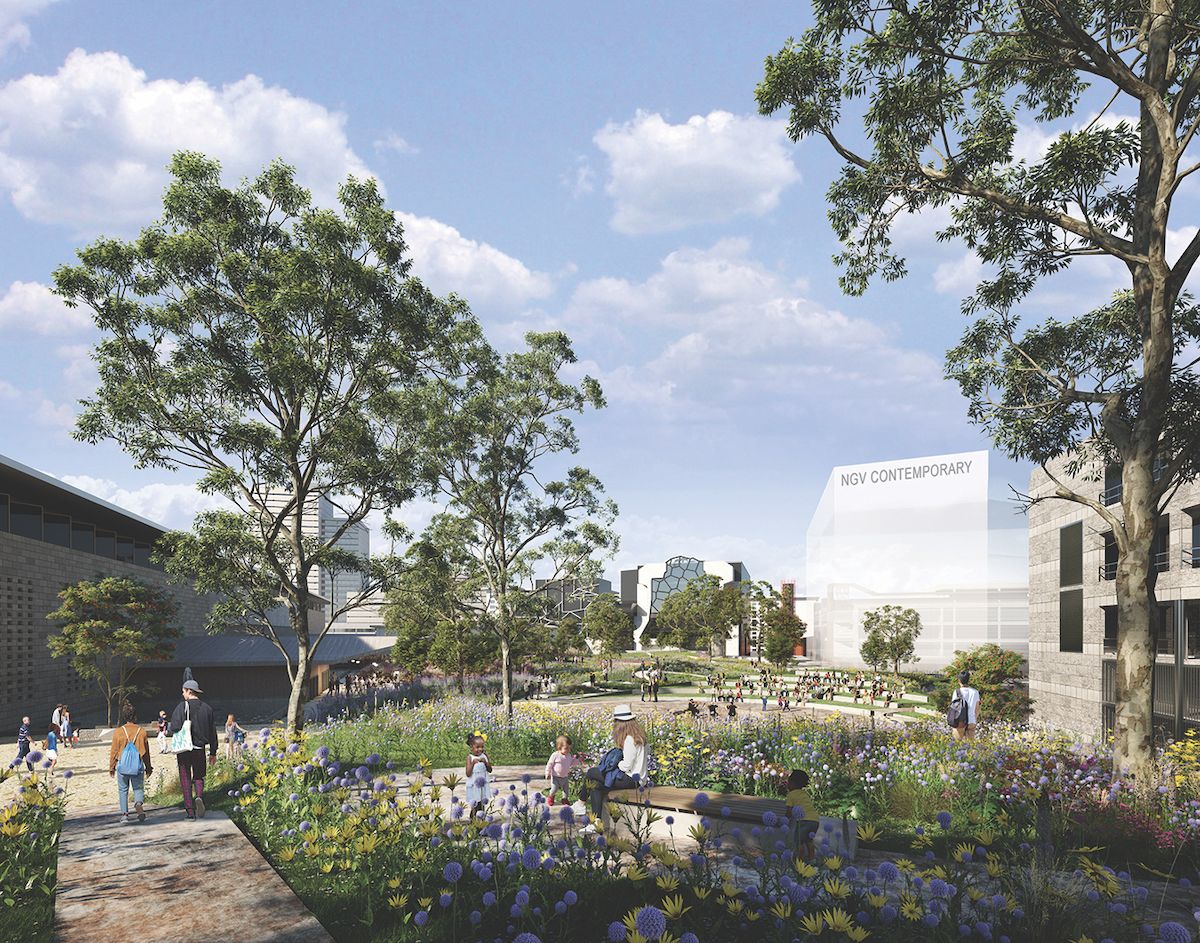 The most ambitious and costly art museum construction project ever undertaken in Australia is bucking the international trend for galleries to downsize in the face of slashed income because of the coronavirus pandemic.

The proposed new building, the NGV Contemporary in Melbourne, will be Australia’s largest gallery of contemporary art and design, says Tony Ellwood, the director of the National Gallery of Victoria. It will span 30,000 sq. m, one third of which will be exhibition space.

The Victorian government, in November last year, allocated AUD$1.4bn ($1.1bn) to the first stage of its new project, the Melbourne Arts Precinct Transformation. The construction of the NGV Contemporary will be part of this initial phase, along with a new 18,000 sq. m public garden that will join the NGV Contemporary to the existing NGV International building on St Kilda Road. The $1.1bn will also pay for the construction of “shared services” with Arts Centre Melbourne, formerly Victorian Arts Centre, next door.

Ellwood says “the bulk” of the $1.1bn would be used to build the new gallery. This compares with the Art Gallery of New South Wales’s AUD$344m ($266m) Sydney Modern extension project, which will open in 2022 and double the AGNSW’s exhibition space. “[Sydney Modern] is not even close to what we’re talking about,” Ellwood says.

He says the exact cost of the new building will not be known until an architect has been appointed. The gallery will shortly launch a design competition, which will only be open to Australian architects.

“We thought, rather than repeat the same [international] names that would probably go after a building such as this, why don’t we try to give Australian architects the opportunity to build something on this world-class scale,” Ellwood says.

“It’s always very seductive to have an international name attached to your building, but I felt like our city doesn’t need that any more. Let’s be frank, there’s a lot of the same names doing a lot of the big developments around the world.”

“We have the luxury of space; we have two very large buildings already. We’re quietly confident the trend [for museums to downsize] could be reversed here. We continue to do a lot of unique, ambitious exhibition development,” he says.

With Ellwood expecting the NGV Contemporary to attract a million visitors a year in its own right, he is embarking on “the largest philanthropic campaign ever mounted in the country for a capital works project”. This will raise money above and beyond the $1.1bn allocated by the government. Last month, the Australian philanthropic organisation the Ian Potter Foundation pledged AUD$20m ($15.5m)—the single biggest grant in the foundation’s history—towards the building project.

While he would not specify the philanthropic campaign dollar target, Ellwood says it is “a very high figure” and would ensure the NGV Contemporary is finished to a very high standard. “We’re trying to do things of a calibre and ambition that would match major contemporary art venues anywhere around the world,” he says.

“We see globally that the demand for contemporary art is huge, if it’s ambitious and done in the right way,” he says. “We’ve worked hard to protect our business. We have a large group of corporate and philanthropic supporters, and that does help to underwrite additional risks and costs.”

He adds: “The next few years are still going to be tough. But, overall, we’ve fared better than many others. We’re very fortunate.”