Baroque bouquet : Susan Jenkins on the Festschrift in honour of Jennifer Montagu

For more than 50 years, Jennifer Montagu has undertaken pioneering scholarship in the field of Baroque sculpture. This Festschrift is a selection of 38 essays delivered at the 2013 Wallace Collection symposium by international scholars including Pierre Rosenberg, Sergei Androsov and David Ekserdjian. Attractively illustrated, it is arranged around eight themes in Montagu’s work, including “Collecting and Collectors”, “Bronzes” and “Patron, Designer and Craftsman”.

Montagu, who was a protégée of the Warburg Institute’s Ernst Gombrich, presented her doctoral thesis on the French artist Charles Le Brun in 1959. In a newly translated interview first published in 2011 in the French magazine Perspective, which appears as the introduction to this book, she explains why she switched her focus from painting: “I had no sense of colour and I never understood perspective, [therefore] I was particularly drawn to sculpture.” According to Montagu, her studies arose from the need to answer specific questions, based on an examination of the works themselves and related documents. She focused on sculptural technique, production and the organisation of ateliers, alongside the relationships between patrons, designers and craftsmen.

The Eternal Baroque’s essayists offer new discoveries and connections consonant with Montagu’s scholarship. For instance, Jonathan Marsden identifies a Roman Baroque source for George III’s gold state coach, designed by William Chambers in 1762. He shows that two triton figures at the front of the coach (carved by Nicholas Collett from models by Joseph Wilton) are based on figures from the Trevi fountain. Jeremy Warren spots casts of Alessandro Algardi’s firedogs, Jupiter as Fire and Juno as Air (around 1655-89), in Johannes Dünz’s 1696 group portrait of members of Bibliothekskommission of the Berne Bürgerbibliothek. Returning to Italy, Paola D’Agostino focuses on the little studied practice of fashioning clay and the use of preparatory models in Neapolitan Baroque sculpture. She suggests that an influx of sculptors from Rome brought a “new style” to Naples in the 1680s, encouraged by the Viceroy Don Gaspar de Haro, Marquis of Carpio.

D’Agostino’s tribute to Montagu sums up the spirit of the book: “No words can express properly my gratitude to Jennifer Montagu. She is a model of intellectual rigour, and one of the most generous and witty people I have ever met.” The student of sculpture can take heart from the fact that Montagu’s inspiration has encouraged a new generation to follow in her footsteps.

Susan Jenkins is the author of Portrait of a Patron: the Patronage and Collecting of James Brydges, First Duke of Chandos, 1674-1744 (2007) 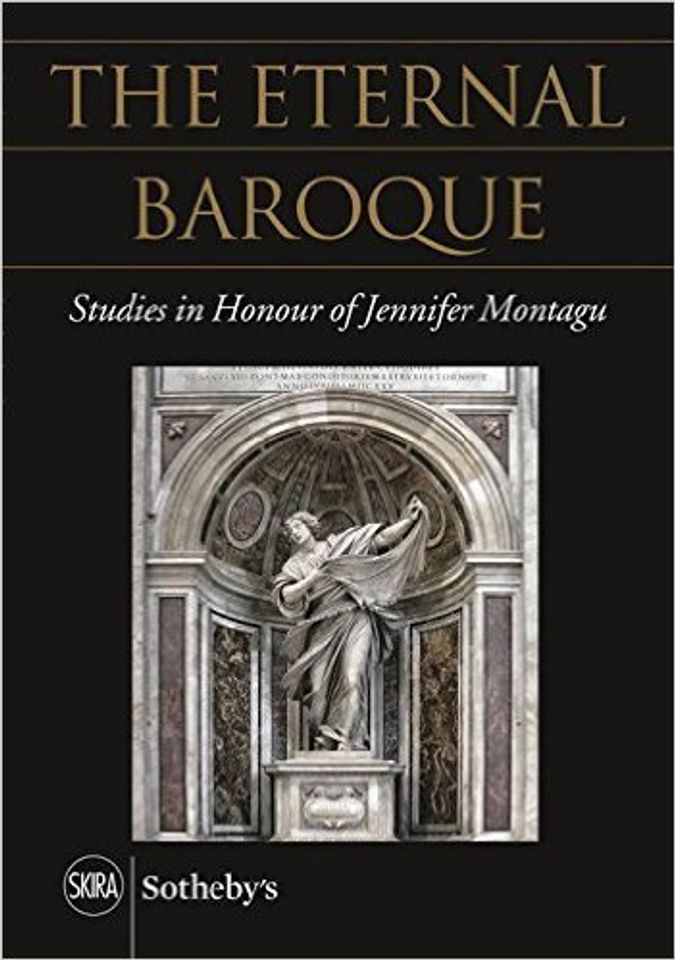 The Eternal Baroque: Studies in Honour of Jennifer Montagu