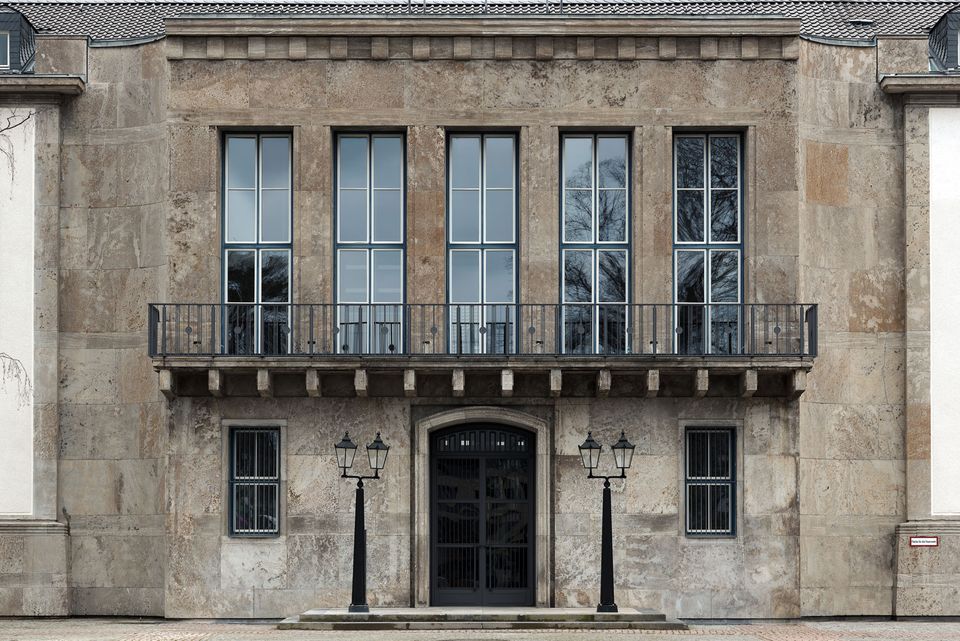 The building in the Berlin district of Dahlem became the centre of power for the US occupying forces in 1945 Photo: Moritz Hirsch. Courtesy of Fluentum, Berlin

Markus Hannebauer, a Berlin software entrepreneur and art collector, has turned a Nazi-era building that once served as administrative offices for the Luftwaffe into a showcase for contemporary video art called Fluentum.

Designed to serve as part of a complex of administrative offices for the Luftwaffe, the imposing building on Clayallee in the southwestern Berlin district of Dahlem became the centre of power for the US occupying forces in 1945. From here, General Lucius D. Clay orchestrated the Berlin Airlift to deliver food and fuel to Berliners confronted with the Soviet blockade in 1948.

After the US military left Berlin in 1994, the complex was largely left empty and neglected for several years, though one section still accommodates the US Consulate. In 2011, a part of the complex was transformed into apartments. In 2016, Hannebauer bought the central office building, which dates from 1936 and is heritage-protected. He employed the architects Sauerbruch Hutton to redesign it as a showcase for art with living accommodation for himself on the upper floor. 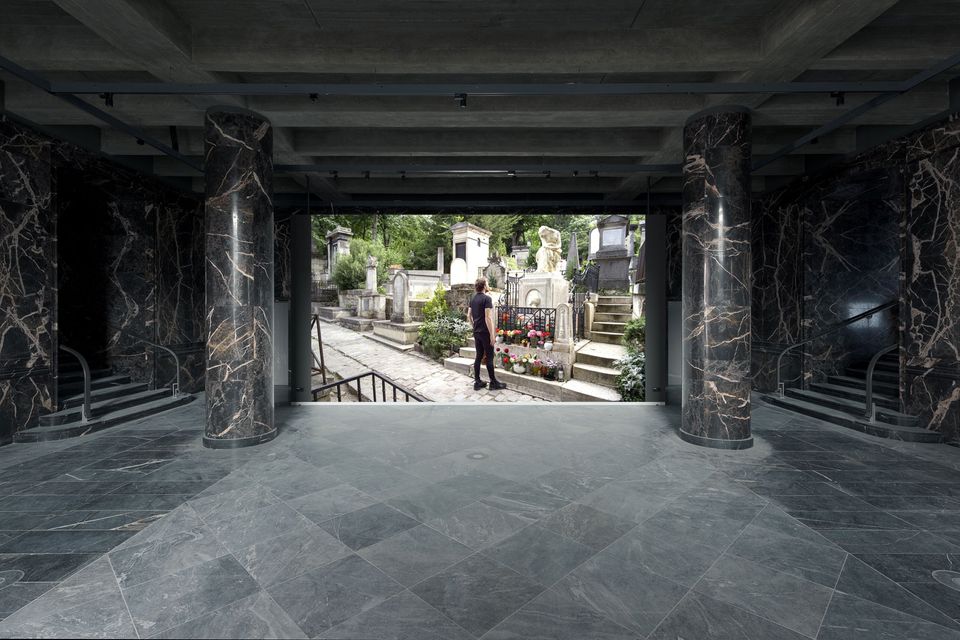 At 43, Hannebauer belongs to a new generation of Berlin technology entrepreneurs as the founder of think-cell, a company that produces software for creating graphics for PowerPoint presentations. It now has around 700,000 users and 50 employees. He began collecting art in 2010, after visiting the video art fair Loop Barcelona, where galleries showed works in hotel rooms.

“It was very intimate and you could engage with the works intensely,” Hannebauer says. “I like the fact that you have to take time with video art. It is a more intensive connection to art than walking past paintings in a museum.”

His collection, focused on video art, now includes works by Hito Steyerl, Douglas Gordon and William Kentridge. As a software entrepreneur, “I understand what it means to own something you can’t hold in your hand,” he says. “It wasn’t hard for me to understand how this is a collectible; how editions and rights are possessions.” 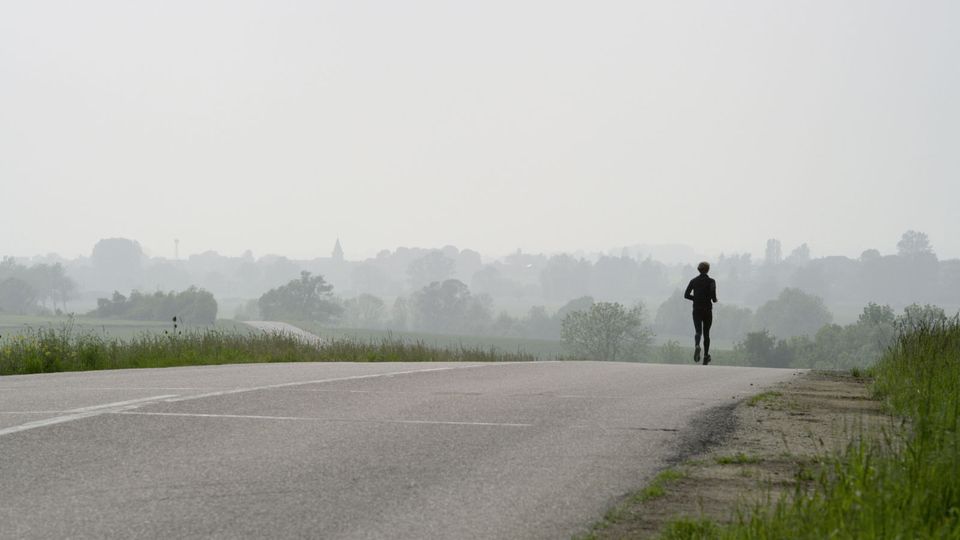 Fluentum opened to the public for the first time during Gallery Weekend last week with a show of works by Guido van der Werve, and more than 3,000 visitors streamed through over the weekend. With black marble walls and twin curving staircases, the imposing, dark interior would have created considerable lighting challenges in exhibiting works on paper or canvas. Van der Werve’s filmed performance works include Number Eight, Everything is Going to be Alright, showing the artist walking across the frozen waters of the Arctic while a gigantic ship ploughs through the ice just behind him. In Number Fourteen, Home, van der Werve completes a 1,000-mile triathlon to retrace the path of Chopin’s heart from Warsaw to Paris. (The composer’s sister fulfilled his last wish and smuggled his heart back to his native country.)

Hannebauer is also co-producing works with artists including Van der Werve. At Fluentum, his intention is not to show exclusively works from his own collection but rather to showcase individual artists. The exhibition space will open on Saturdays to the public. Hannebauer aims to mount two exhibitions a year—while continuing to manage think-cell.

He says he is an exception among Berlin’s successful young entrepreneurs in choosing to collect art. “We are still in the early stages of developing a technology hub in Berlin,” he says. “The IT entrepreneurs I know are all very focussed on their businesses. I could only start collecting when I had achieved a solid base and felt confident it would all work out.”