Former jewellery specialist, who joined the firm in 1988, will be replaced by Bruno Vinciguerra, who will also continue in his role as executive chairman 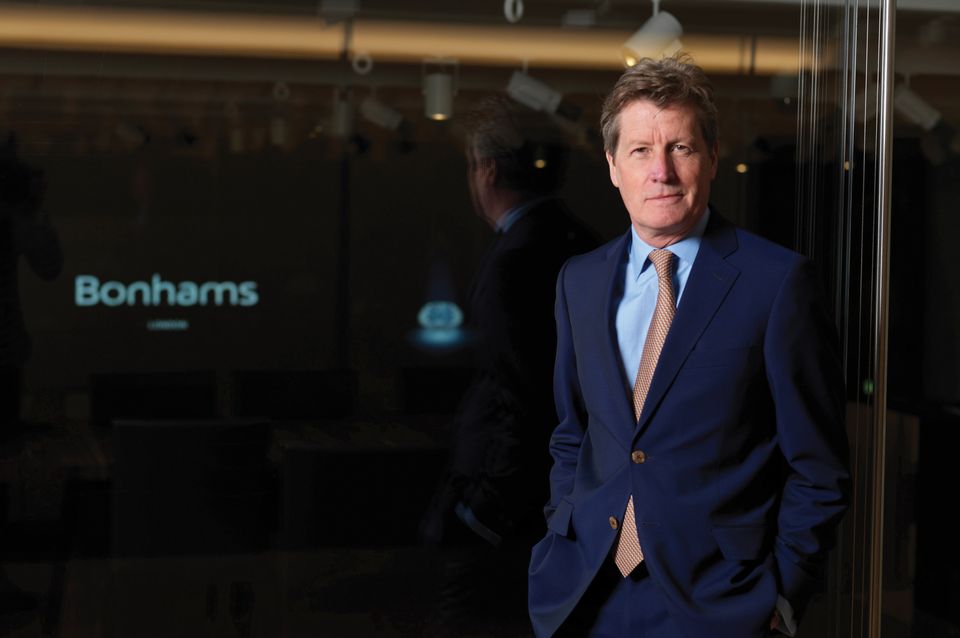 Bonhams's chief executive Matthew Girling is to leave Bonhams after 32 years. Girling, a jewellery specialist who became chief executive in 2015, will be replaced with immediate effect by Bruno Vinciguerra, who joined the auction house as executive chairman in 2018 (Vinciguerra will now assume both roles).

Girling, who described himself as “an auction animal at the end of the day” in an interview with The Art Newspaper in 2018, joined Bonhams in 1988, becoming director of jewellery in 1996 (he spent six years at Christie's in the 1990s). “I started working for Bonhams as a family-owned business with one saleroom in Knightsbridge and one saleroom in Chelsea, and a small regional saleroom down in the west country, in Devon,” he said in the 2018 interview.

In a statement issued last night, Girling says: “I am proud to have led a management team that successfully attracted new investors into the business. Compared to the company I first joined, Bonhams has changed beyond recognition, becoming an international forward-thinking art auction business. I owe a huge debt of thanks to my colleagues worldwide for all that they have done to make this possible. I look forward to seeing the company’s continued success."

Vinciguerra says: “We cannot thank Matthew enough for his extraordinary dedication to Bonhams. He has played a major role in the history of this auction house. His expertise in jewellery is world-renowned and he will continue to be held in high esteem by colleagues.”

Bonhams's senior management team has shifted considerably since it was bought by the private equity firm Epiris in September 2018. Following Vinciguerra's appointment as executive chairman shortly after the Epiris acquisition, Chris Tolson was brought in as chief technology officer in January 2019 followed by Marc Sands, formerly the Christie's marketing guru behind the Salvator Mundi campaign, as chief marketing officer last March.

Speaking at Invaluable's Global Auction Summit in Paris last week, Vinciguerra said Alex Fortescue, the managing partner of Epiris, had given him "five to seven years to transform this organisation".