Brexit: what it could mean for the arts

The UK is on course to leave the European Union, after a narrow vote in favour of divorce in a referendum held two weeks ago on 23 June. How long the process known as Brexit will take, and its consequences for the arts and for artists, remain largely unknown. The referendum result—London and Scotland’s voters were among the dissenters—was greeted with shock by many in the arts, and the fallout from the subsequent political and economic turmoil has caused widespread concern internationally.

Thomas Campbell, the British-educated director of the Met in New York, says: “Since the Second World War, the Metropolitan Museum of Art has pioneered ambitious and groundbreaking loan shows, often in co-operation with European partners. We believe that these collaborations are ever more important now.” He adds that, although it is too early to assess the impact of Brexit, “we trust that we will be able to work with our peers to navigate new legal and financial issues so that, together, we can continue to bring thought-provoking, educational and relevant exhibitions to our national and international audiences”.

The importance of maintaining international co-operation was echoed by Campbell’s peer in London, Hartwig Fischer, the German-born director of the British Museum. “We think about where we come from—and what this museum has achieved at the heart of this nation and of Europe. We all know that we have to continue to share this future,” Fischer says.

The former Tate trustee and Turner Prize-winning artist Wolfgang Tillmans, who designed anti-Brexit campaign posters, told the Munich-based Süddeutsche Zeitung: “The only thing that helps is not to lose courage. It’s now the duty of us all to defend the pillars of the free world order that were created over the past 70 years. And I know that we’re still the majority.”

Meanwhile, the Paris- and Salzburg-based art dealer Thaddaeus Ropac remains committed to opening a large gallery in London in spring 2017. He says: “I have no doubt that London will continue to be one of the most vibrant and quintessential art centres in the world,” despite the UK’s vote in favour of Brexit. 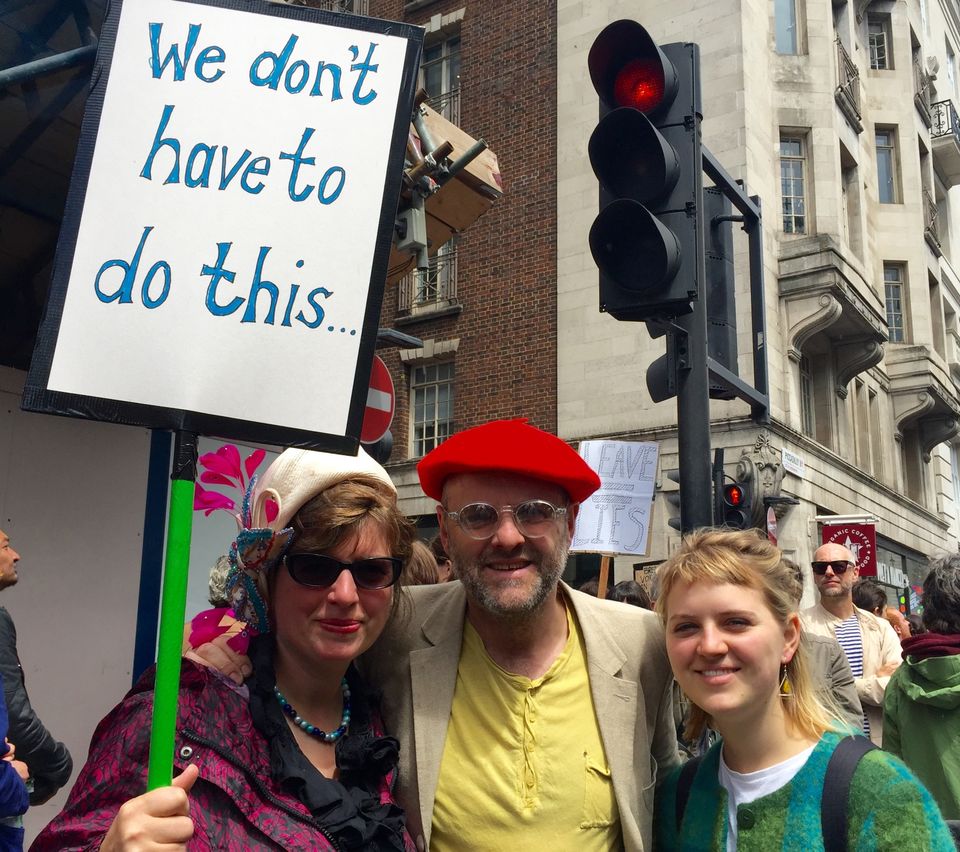 The artist Gavin Turk with his wife Deborah Curtis and their daughter Frankie at the anti-Brexit march on 2 July in London. Photo: Louisa Buck

Brexit fears: international reactions "Hundreds of artists from all over Europe have chosen to live in London, just as many of us live in cities across the continent. We will now lose the right to this ease of movement," Michael Craig-Martin, artist and Royal Academician.

“While Brexit isn’t necessarily an existential threat to most major cultural institutions in London, it’s surely going to make life much more difficult, especially in the short to medium term with the inherent uncertainty. Cultural institutions like the RA have long been international in outlook and, through partnerships, we have encouraged ties between nations. We now have a responsibility to nurture such relations more than ever,” Charles Saumarez Smith, secretary and chief executive, Royal Academy of Arts.

“The Leave campaign preyed on fear, ignorance and prejudice to vote through a misguided return to an antediluvian Britain. As a fourth-generation immigrant, this makes me sad, angry and ashamed. Discussing the art market feels insensitive, but the devalued currency could make British art and services cheaper, and lower London house prices for art workers. Frieze remains more committed to working internationally than ever before,” Matthew Slotover, co-founder and co-director, Frieze.

“As a German I grew up in a country that wanted to overcome nationalism, and my whole education was based on not being German but identifying with something larger, international, standing for peace. Now there is a very disheartening atmosphere, not only for the art world but in every little detail of daily life for so many people,” Klaus Biesenbach, director, MoMA PS1, and chief curator-at-large, Museum of Modern Art, New York.

“I am not that concerned. The art market has become so firmly institutionalised in London. In the short run, I am much more concerned that Brexit and the turmoil on financial markets add a lot of uncertainty to an already weakened art market, so I would expect potential buyers to wait and see,” Olav Velthuis, art market academic and economist.