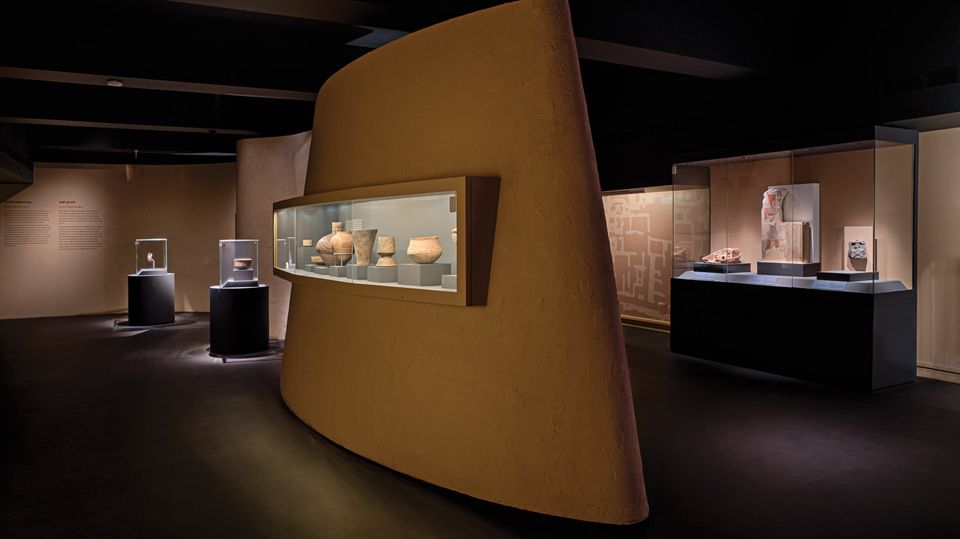 A major exhibition in India co-organised by the British Museum represents a bold curatorial experiment. The show, which opened earlier this month at Mumbai’s Chhatrapati Shivaji Maharaj Vastu Sangrahalaya (CSMVS) museum, was inspired by the London institution’s former director Neil MacGregor. It is billed as the first encyclopaedic presentation of works from a European or North American museum alongside pieces from institutions on another continent. (Coincidentally, it opened on the same date, 11 November, as Louvre Abu Dhabi.)

Sabyasachi Mukherjee, the director of CSMVS, says that India and the World: a History in Nine Stories (until 18 February 2018) provides “a model for museums to share their collections with people across the world”. It presents 120 non-Indian objects on loan from the British Museum, interspersed with 100 Indian objects from national collections. 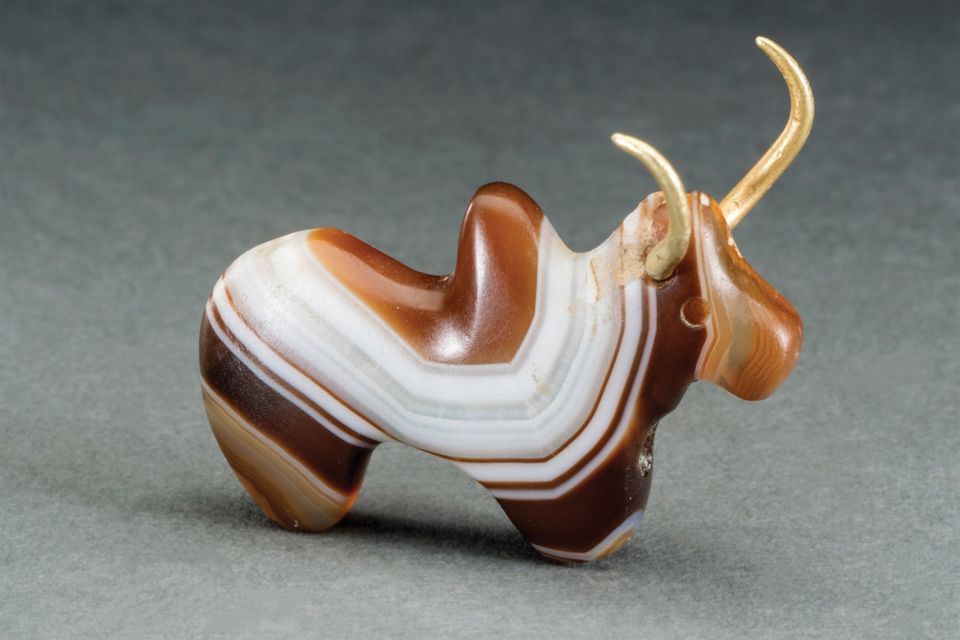 An agate bull with gold horns (around 1800BC) from Haryana, India Directorate of Archaeology and Museums, Haryana State, Government of Haryana

The displays begin with a British Museum hand-axe from Olduvai in Tanzania (400,000 to 800,000 years old) and a similar example from Attirampakkam in Tamil Nadu (up to 1.7 million years old) from Chennai’s Sharma Centre for Heritage Education.

The concept emerged three years ago, when Mukherjee and MacGregor met in London. Impressed by MacGregor’s 2010 BBC radio series A History of the World in 100 Objects, Mukherjee wondered if the idea could be brought to CSMVS.

MacGregor, who retired from the British Museum in 2015, has since developed the project as a part-time adviser to CSMVS. The partnership also found support at the highest diplomatic levels, with plans being discussed by the Indian prime minister Narendra Modi and the then British prime minister, David Cameron.

The main challenge was to create “a joint collaboration” rather than a pre-packaged exhibition from London, says Jeremy Hill, the project co-curator from the British Museum, with Naman Ahuja for CSMVS. They had to choose “the right objects to tell the right story”, Hill says.

Borrowing from museums outside India also proved a complex bureaucratic process. New Delhi’s National Museum, where the show travels next spring, co-ordinated the loans. CSMVS and the National Museum each provided around ten Indian objects, with the rest coming from 20 museums and collectors in India. 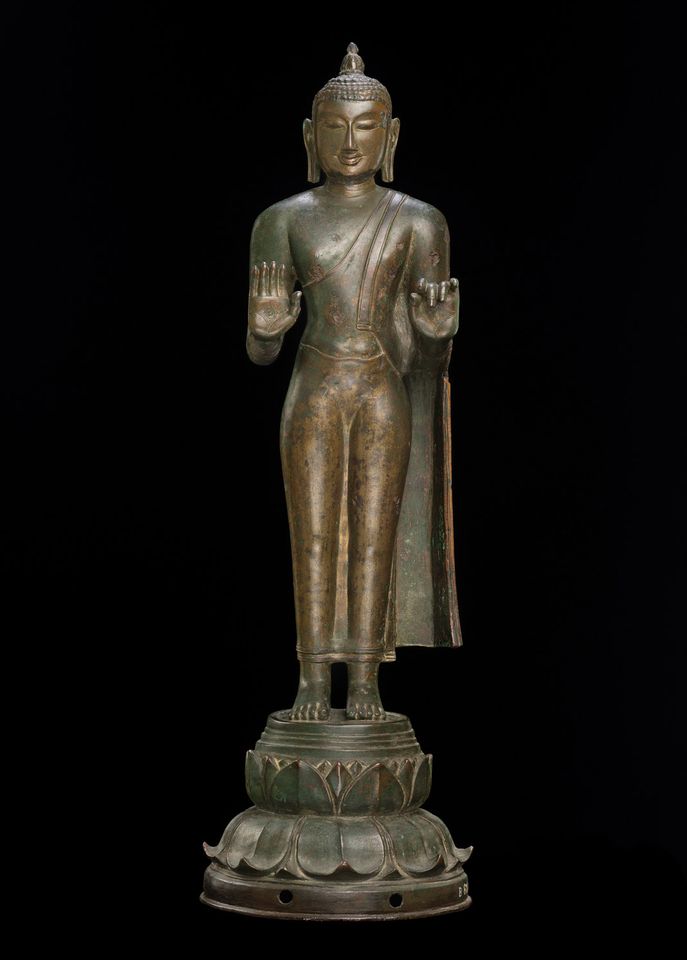 The nine stories told by the exhibition span 1.5 million years, taking in Asia’s ancient empires, the Mughal courts and the end of colonialism. The penultimate section, Quest for Freedom, explores the lead-up to India’s independence from British rule 70 years ago. Among the exhibits are horrific photographs by Felice Beato of the bodies of those killed by British soldiers during the 1857 uprising.

The most important object from the British Museum is the marble statue of the Townley Discobolus (second century AD), which greets visitors in the foyer. Other key loans from London include a Rembrandt drawing (around 1656-61) of emperor Jahangir based on a Mughal miniature and a wooden carving of the Hawaiian god Ku-ka’ili-moku (1750-1800). 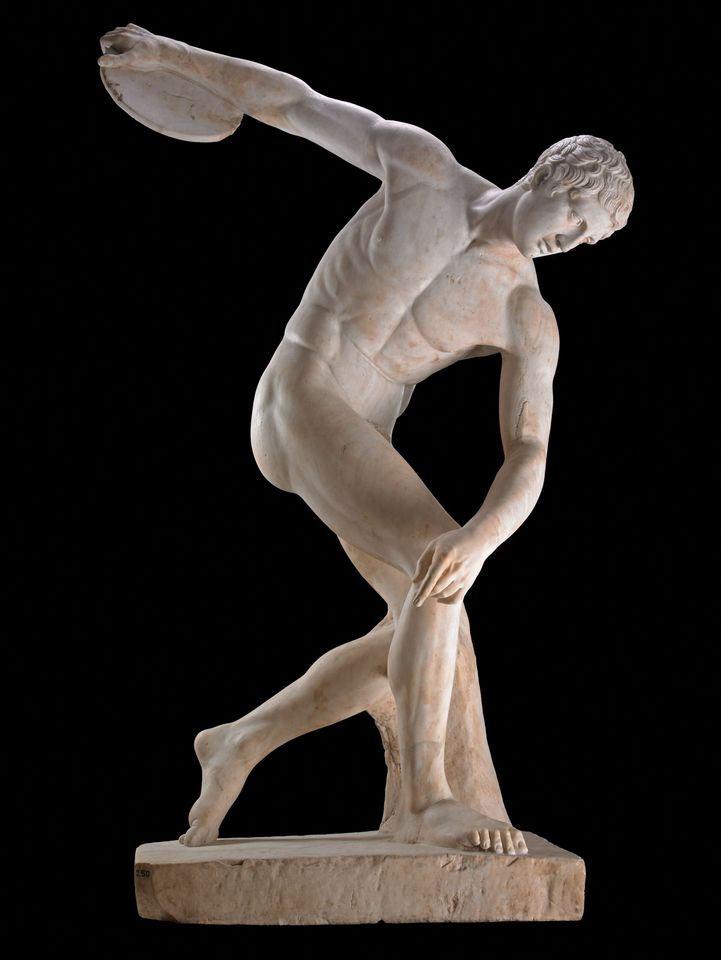 International museums sending touring shows to Asia often charge a fee, but the British Museum received none in this case. The costs in London and for transportation were met by the British Museum, with support from the Getty Foundation and the Newton Bhabha Fund, while the Indian side paid local costs with funding from the Mumbai-based Tata Trusts.

The exhibition is located on the first floor of CSMVS’s extension, where environmental conditions have been upgraded. The UK culture secretary, Karen Bradley, inaugurated the show as part of this year’s UK/India year of culture programme. The opening also attracted the Bizot group of leading international museum directors, of which Mukherjee is the first member from Asia, which met for three days in Mumbai.

• India and the World: a History in Nine Stories, CSMVS, Mumbai, until 18 February 2018; then at National Museum, New Delhi, March-June 2018