UPDATE: Spanish press reports state that Tatxo Benet plans to show Santiago Sierra's work at the Museu de Lleida. According to the Catalan newspaper, El Nacional, the museum has welcomed his proposal. Benet confirms the reports, saying: "My intention is to show the piece of art wherever there is a demand for it. But I would like to start this process in the Museu de Lleida because Lleida is my hometown (although I live in Barcelona), and recently the Spanish police entered the museum to take religious pieces of art by force. It’s a kind of restitution from me to the city of Lleida" 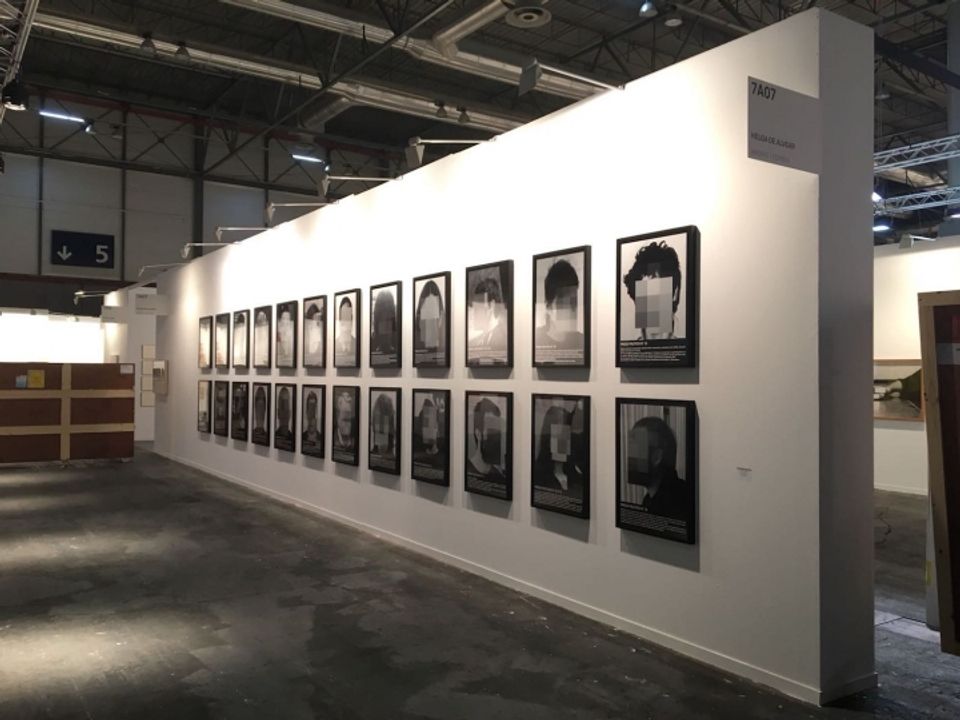 The Catalan collector Tatxo Benet, who bought the piece by Spanish artist Santiago Sierra censored at Arco fair in Madrid this week, says that he wants to make the banned work available to museums and galleries in Spain. “I only want to re-establish the right of anyone to see that piece of art,” he tells us. “I knew that the piece was powerful but I would never have imagined it would be censored. This is one of the motives of Modern art: to generate debate.”

Sierra’s work entitled Political Prisoners in Contemporary Spain, comprises 24 pixelated portraits of politicians and activists including Oriol Junqueras, head of the pro-independence party Catalan Republican Left, and Jordi Cuixart who leads a prominent separatist group. Both men are in prison, detained pending charges relating to the push for independence.

The work, priced at €80,000, was sold by Helga de Alvear gallery to Benet who is a partner at the media conglomerate Mediapro. The works were withdrawn from display before the VIP opening (21 February) by officials at Ifema, the organisation that runs the fair exhibition centre. Ifema says in a statement that it asked the gallery to take down Sierra's photographs of unidentified prisoners because “the controversy caused by the collection had diverted attention from the rest of the exhibit”.

Benet tells The Art Newspaper that he bought the piece before it was removed. “I wanted to buy it because the piece bravely reflects a situation that some people may agree with, and others may not,” he says. “When there is an act of censorship, two things happen: an artist’s freedom is curtailed but also the people’s freedom to interact with the piece of art is restricted.”

Ifema issued a further release apologising for the move, saying:“We lament and sincerely apologise for the controversy that erupted as a result of the request for a gallery to take down an artwork, a decision that in no way aimed to censor creation, even if public perception viewed it that way.” But a spokeswoman declined to say if the works will be reinstalled before the fair closes on 25 February.

Meanwhile, the mayor of Madrid, Manuela Carmena, announced in a statement online that she did not attend the launch of the fair because of the censorship row. “[Carmena] will not attend the inauguration so as to show her utmost defence of freedom of creation and expression in Madrid,” the council statement says. The city council is a member of the consortium behind Ifema. Meanwhile, a spokesman for Sierra says that Ifema’s decision “seriously damages the image of the [Arco] international fair and the Spanish state”.