As US unemployment rates remain high, the project offers out-of-work artists $200 to "do whatever they need to do" while critiquing the expectations of capitalism 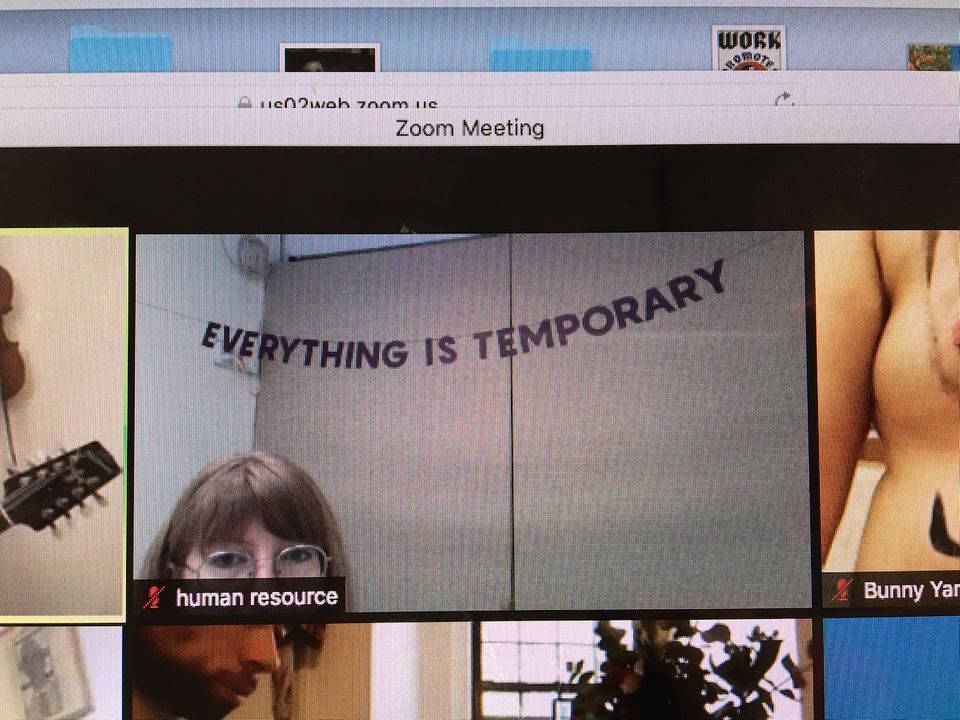 Even as jobless claims dip, more than 7.8 million Americans continue to file for unemployment benefits and cultural workers remain one of the groups hardest hit by the economic crisis spurred by coronavirus. But one New York artist has set up a “boutique temporary work agency” to provide a select group of creatives with one day of remote work while investigating the false promises of a capitalist culture under duress.

“Many jobs are really important and fulfilling to both the person working them and the society that benefits from their labour, but why do we need to ‘create’ jobs in order to sustain capitalism?” asks Cayla Lockwood, who launched the Created Jobs as part of her artist residency with the Flux Factory in Queens. “Why must creatives waste time at meaningless jobs for a paycheck, when they already put in more than enough hours labouring for their passions and sharing them with the world?”

Like many artists, Lockwood has worked many freelance graphic design and set design jobs since moving to New York. "At every job I met other creative people making ends meet this way, while labouring after hours for their passion. Everyone had several types of jobs they could do because there is no guarantee of enough hours in a single field," she says. "The one benefit we had was a flexible schedule, but finding affordable health care was difficult or impossible and there was no paid time off. Often the sets we created were only seen for one day and then became garbage. Everything was temporary."

The fleeting nature of financial security for freelancers prompted her to build a window installation as a temp agency office using mostly reclaimed materials. She then put out an ad on the popular industry job board on the New York Foundation for the Arts website seeking creatives she could pay for one day "to do whatever it is they needed to do", Lockwood explains.

Over 100 artists applied but, with the funding available to her, Lockwood was only able to accept seven. "So many talented people applied. I wish I could have hired more." 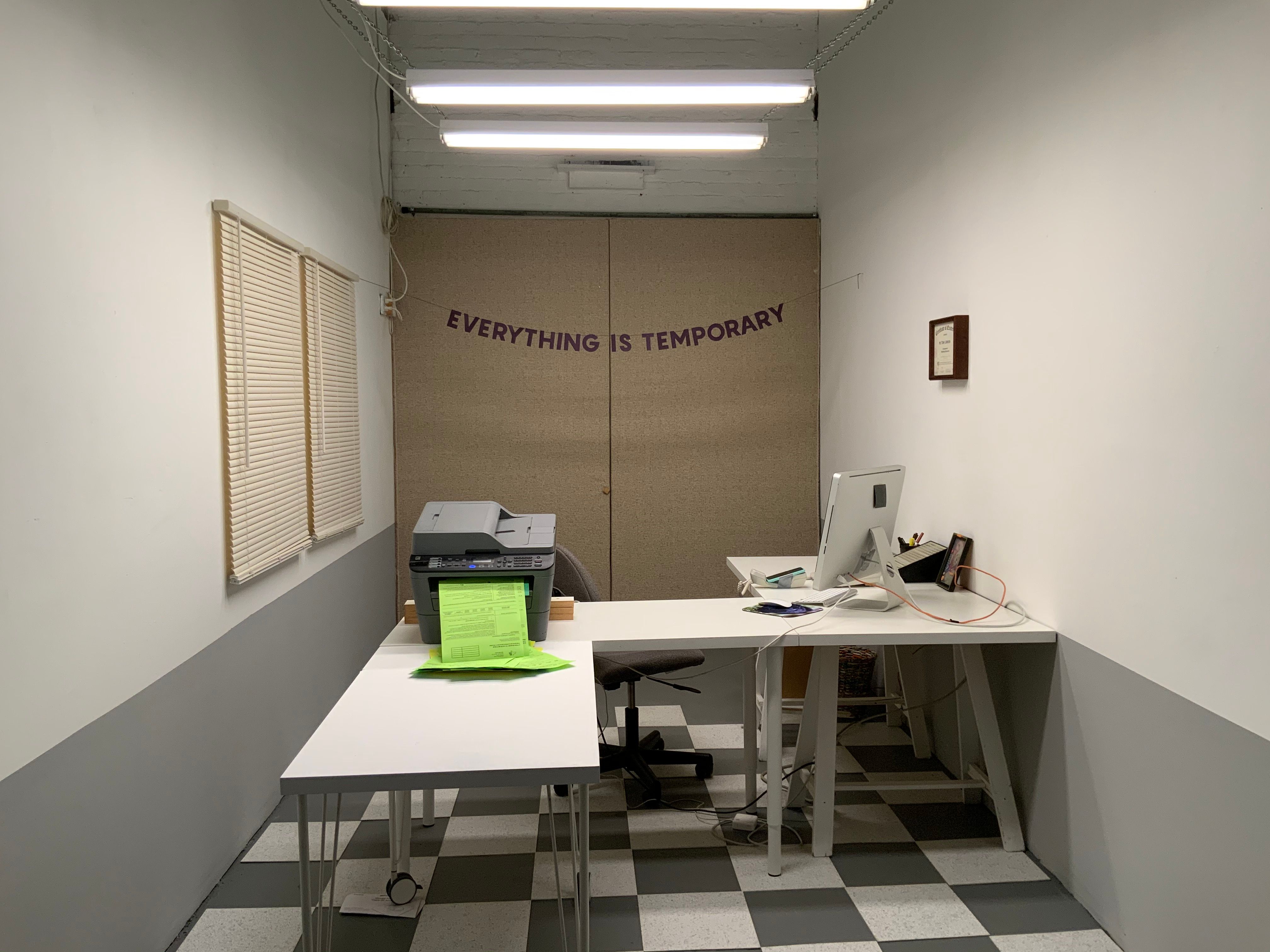 For their planned day of work, the only requirements for the hired artists were that they had to attend two short meetings and be near the computer/camera a majority of the eight-hour day. Participants chose when to take breaks and for how long. At five o'clock in the evening, everyone "clocked off" and emailed a report of their day; they were compensated $200 each through the cash payment app, Venmo.

On 28 October, she will host a virtual Halloween happy hour, open to all who register, as a commentary on how gig workers are often offered "perks" like free lunch or a happy hour, Lockwood says. "These perks are supposed to make workers feel valued without having to actually support the lives of the workers with real benefits like health care or paid time off." Created Jobs will culminate this weekend as an installation in the gallery windows of Flux Factory in Long Island City.

Inspired by the work of the American performance artist Mierle Laderman Ukeles—particularly by the work Touch Sanitation Performance (1979-80), in which Ukeles shook hands with more than 8,500 sanitation workers in New York City and recorded many of their stories in an attempt to challenge the public’s stereotypes about their line of work—other influences for the project include the 1974 book Working by Studs Terkel, the 2018 book Bullshit Jobs: a Theory by the anthropologist David Graeber, which delves into the psychological destructiveness of meaningless work and the detriments of defining self-worth through work. And, of course, the 1980 film Nine to Five, starring Dolly Parton.

Lockwood says she began creating fake companies as an art practice in 2016 while she was researching anarchist anti-work theories at a time when she was working several temporary jobs. Each company addressed a distinct industry or bureaucracy as a way to “investigate the way capitalism is embedded in our lives and how it creates absurd expectations and behaviours”, she says.

The artist received a grant from the Queens Council for the Arts to fund the Created Jobs project, which arrived just as city-wide shutdowns began due to the coronavirus pandemic.

“As we all started thinking more critically about why and how we work, I realised this project was even more relevant than before,” she says. “In the US, more than enough wealth already exists. We could all be spending significantly less time working for money, while still having an abundance of resources to distribute equally.”