Tania Bruguera, who has had her passport confiscated after planning a free-speech performance in Revolution Square, is due to host a 100-hour reading of the book The Origins of Totalitarianism ahead of the city's biennial

Tania Bruguera is due to launch a new project in Cuba tomorrow, based on the writing of the German political theorist Hannah Arendt, two days before the 12th Havana Biennial opens to the public (22 May-22 June). This is the first performance to be staged by the Cuban artist since she was arrested five months ago for trying to organise a performance in which the public was invited to speak freely for one minute in Havana’s Plaza de la Revolución.

Starting with an open session at her home on Wednesday, 20 May at 10am, and continuing for 100 consecutive hours, Bruguera will read from Arendt’s book, The Origins of Totalitarianism, 1951. She has invited the public to join in the marathon reading, and plans to hold group discussions. 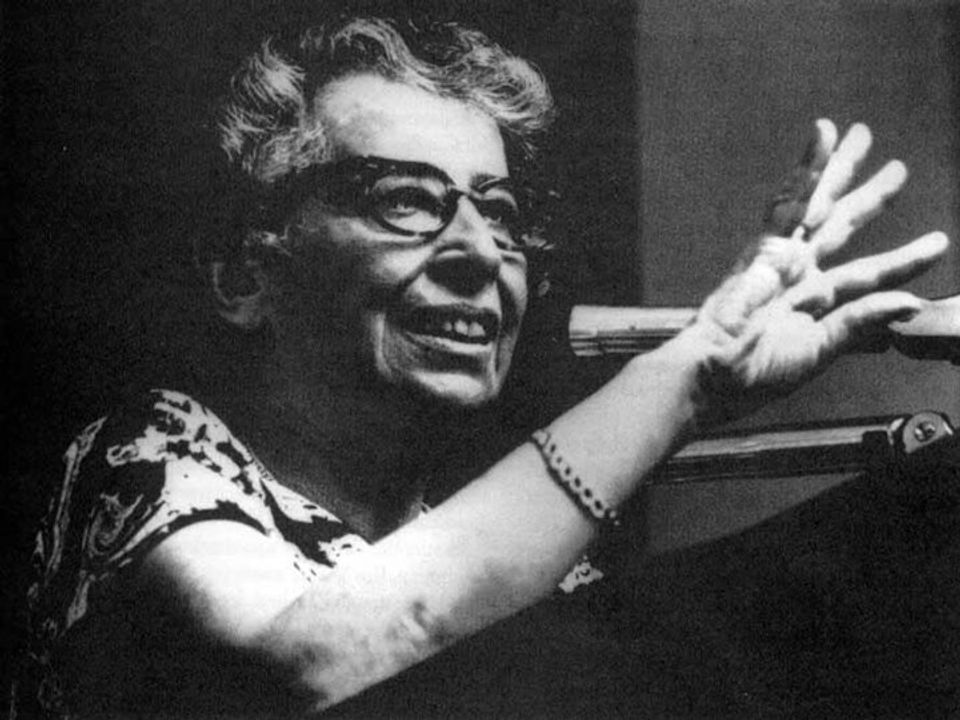 The Hannah Arendt International Institute of Artivism, as Bruguera has named the project, aims to be a platform for research and teaching “the practical application” of socially engaged art. Bruguera says she wants the event to be “entirely independent” from the biennial and completely non-commercial. 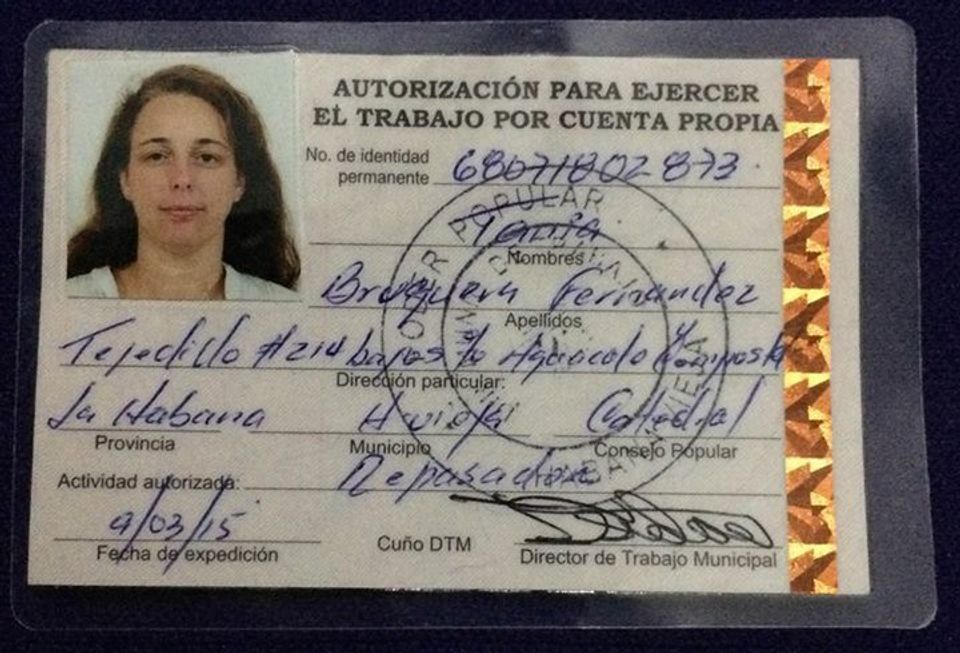 Since her passport was confiscated, the artist has remained in Cuba in what she describes as “legal limbo”, while she waits for the authorities to schedule a hearing to decide whether she will be charged and put on trial for attempting to incite a public disturbance with her December performance. According to Bruguera’s sister, this week the artist was told she could be sent to trial for being counter-revolutionary if she didn’t “behave”. Bruguera spoke to The Art Newspaper in Cuba in April.

The Art Newspaper: What is the nature of the campaign against you in Cuba?

Tania Bruguera: People here have been making up stories about me. They started by saying that I was a drug dealer, because of a piece I did in Colombia were women walked around with cocaine trays.

If only they understood that I am doing what any artist does, which is revealing the internal dynamics, revealing something that is there but is hidden. With [#YoTambienExijo] I have removed the armour, and everything that the government does is visible, is exposed.

And people are in shock, they can’t believe that this is happening. But this always happens. This is the system that has been established, and it just touched me now because I chose to confront it. But other people don’t choose it, and the system crushes them.

The new theory is that I am doing this because of ego.

If somebody makes an unauthorised criticism—because critique here has to be authorised—they are accused of being dishonest.

And what do I gain? I have lost three months of work at the School of Fine Arts in Paris. I have missed five or six important events. My piece for the Venice Biennale was at risk, I had to send people to Venice to help make the work. I could have stayed in New York and enjoyed my life, I was in a very good place in my career.

Why did you come back?

Personally, ethically, I could not go on doing things outside my country—critiquing Israel, how immigrants are treated, capitalism—when [within Cuba] an atrocious form of capitalism is starting [to grow] and where social injustice follows that incipient capitalism. What kind of artist-activist am I if those things are happening and I do nothing? And when I know it is a key moment to intervene since things are not yet firmly settled? If I do something, I do it because of a conviction.

You can say I am doing something risky, but don’t tell me that it is because of ego that I submit myself to all the interrogations.

There are people in Cuba who say you must have known that they weren’t going to let you do that in Revolution Square.

First of all, when they announced the restoration of diplomatic relations between Cuba and the US on 17 December, the impossible was made possible. In that moment, everybody thought: ‘If this happens, anything can happen.’ It was a very special political and historical moment. I thought the chance [of successfully performing the piece] was maybe 20 to 80 [percent against it], but why not try?

Secondly, between the time I announced the performance on 18 December and when I came to Cuba on 26 December, we had more than 12,000 Cubans on Facebook following the hashtag #YoTambienExijo. Now, we have 17,000 or more. At that point, they were all Cubans and everything was in Spanish, so it was an internal conversation. Around 70% to 80% were people who never talk about politics. Why? Because none of the changes in Cuba had affected them, or had put them in suspense, as much as this announcement had. I don’t think all of these people were wrong to think, ‘maybe this is possible’.

I do ‘arte de conducta’. Which is behavioral art, or the art of conduct. As part of that practice, I create the stage or the conditions for something to happen, and then the people involved decide what happens with the work. The problem is that the government feels they are the only ones that can intervene in this piece.

There is an interesting semantic tension: I proposed doing a performance, or a happening, but the government wanted a very traditional theatrical event. I also tried to let the audience decide what the work is about and what happens with the work, but the government, specifically all the repressive agents and organisations in it, took over: they did not let the audience perform. The state literally imprisoned the audience. I think this is completely Antonin Artaud-esque [the French playwright and director who believed in a ‘theatre of cruelty’ in which the audience would suffer as part of the performance]. I don’t know if even Dadaists imprisoned their audience. It’s beyond Dada.

What role has the Havana Biennial played in all of this?

I haven’t been invited to the biennial since 2009. But the way the organisers describe this biennial is exactly like the work I have been doing for the past five years: it is in the street, with the people, in the communities, within the institutions, outside the institutions, mixing with reality.

This was another reason I thought #YoTambienExijo might be possible, because the biennial organisers are promoting work that takes place outside the institutions. [But] when we discussed doing the performance in the Plaza de la Revolución, or my second proposal to do it in front of the Museo de Bellas Artes, they said no, that they wanted it inside the institution. It makes no sense that the biennial calls for actions in the streets, with a non-art audience, and when I offer to do that, they say that it must be done inside the institution.

What do you think about calls for a boycott of the Havana biennial?

Everybody should do what his or her consciousness dictates. When I heard about the boycott, I went to see the director and said: I have come to tell you I had nothing to do with it. But, ethically, I have to tell you I am very happy that people are acting in solidarity with me. I’m not going to encourage the boycott, but I am going to welcome—very happily—anyone who acts in solidarity with me, because right now that is very hard.

Why is it hard?

[The Cuban government] is a master of creating fear. My friends who are artists and curators have been taken to government offices and spoken to for hours about my case. The censorship has been very smart. First they say: we won’t let you exhibit your work, we’ll crush you or make you disappear as an artist. This is what they want to do with me but they have not been able to. But give them more time and they will achieve it. They marginalise you as an artist; turn you into a leper so that nobody wants to talk to you. After that, they open you up to economic censorship [limiting your ability to sell]. They look for what hurts you the most.

Here it is about blurring art and political life. It’s more specific.

#YoTambienExijo is a version of what I did in Venice [in 2009, when she played Russian Roulette with a loaded gun on a stage]. Instead of holding a gun to my head, I am throwing myself [into the system] and I risk losing everything—my life, my career, my friends, everything.

Why is it worth it?

Because I believe in what I am doing. My work is about making art an active agent of social change.