Unearthing of Montmartre sketch leads to authentication of second work 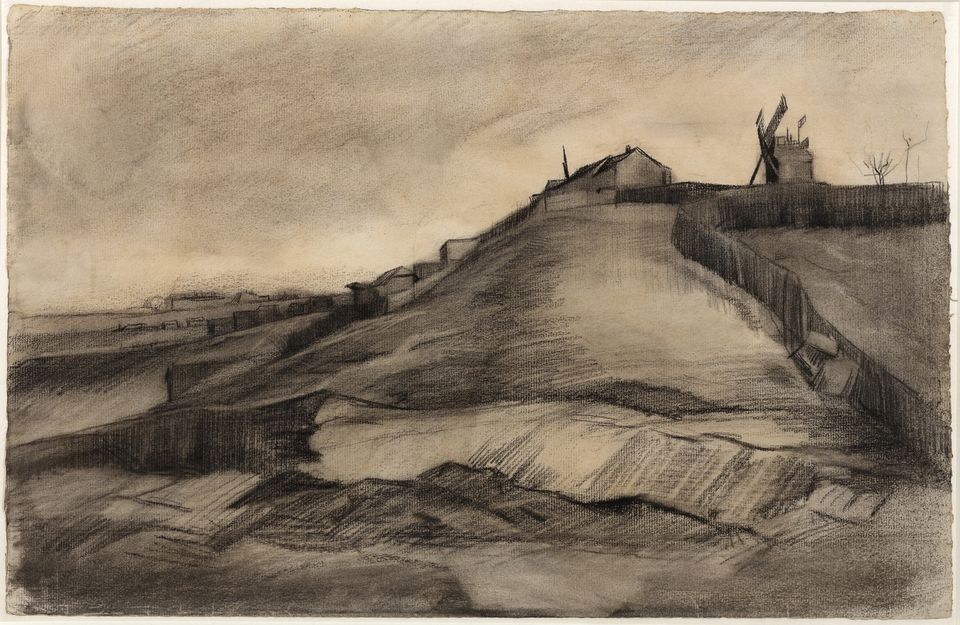 An unknown Van Gogh drawing of a Paris scene has been discovered, leading to a second work being accepted as authentic. The Hill of Montmartre with Stone Quarry was acquired in 2014 by the Van Vlissingen Art Foundation, which then showed the work to specialists at the Van Gogh Museum in Amsterdam. After research into the subject, style, technique, materials and provenance, they concluded that it is indeed by the artist. Discoveries of unknown Van Goghs are rare, perhaps once a decade.

The drawing depicts windmills on top of Montmartre with a quarry below, a spot just a few minutes’ walk from the apartment that Vincent shared with his brother Theo. Sold in 1911 by Theo’s widow, Jo Bonger, to a dealer in Haarlem, the drawing disappeared until it was bought by the Van Vlissingen Art Foundation, set up by John Fentener van Vlissingen, whose wealth comes from the travel trade. 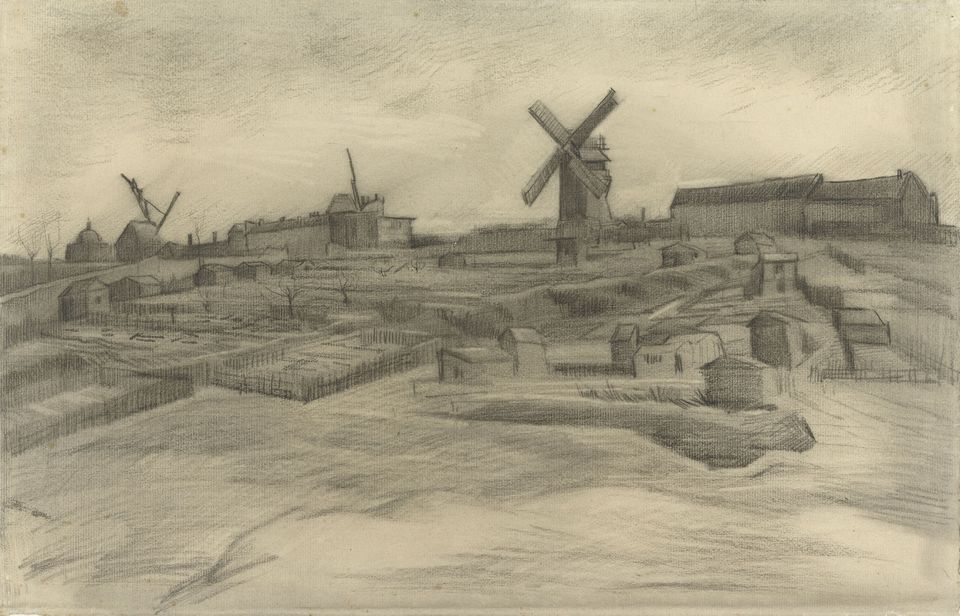 What adds to the importance of the discovery is that the Van Gogh Museum is now accepting a similar work in its own collection that it had rejected a few years ago. Entitled The Hill of Montmartre, this second drawing had been in two catalogues raisonnés in the 1970s, but it was rejected in 2001 in the museum’s own detailed collection catalogue. Its curators then cited the drawing’s “cautious, dutiful draughtsmanship”, the “lack of monumentality in the buildings” and a sky that is rendered very differently from Van Gogh’s style. That opinion has now been reversed, and the museum accepts its own drawing as authentic.

According to Teio Meedendorp, the museum’s senior researcher, the two Montmartre drawings are “clearly from the same hand” and stylistically are “reminiscent” of Van Gogh’s work soon after his arrival in Paris. Meedendorp dates them both to March 1886. The pair of drawings are going on show today at the Singer Laren, outside Amsterdam, in an exhibition of works from the Van Vlissingen Art Foundation entitled Impressionism & Beyond: A Wonderful Journey (until 6 May).