Cultural institutions from Amsterdam to Utrecht will work together to advance diversity and inclusion in programming, audiences and staff 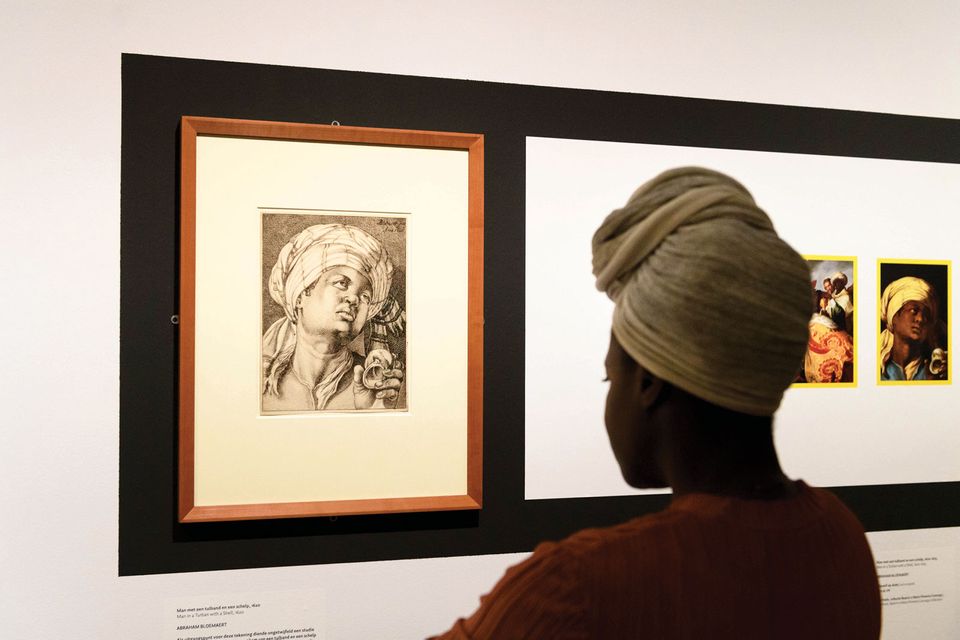 The exhibition Here: Black in Rembrandt’s Time at the Rembrandt House Museum in Amsterdam was the launching point for a network to advance diversity and inclusion in Dutch museums Photo: Mike Bink

The Rijksmuseum, the Netherlands’s national museum of art and history, is preparing a major slavery exhibition spanning four continents and three centuries. A show at Rembrandt’s former home focuses on overlooked black figures in 17th-century Dutch art. And the Rotterdam art centre known for 30 years as Witte de With will be nameless until January, as it jettisons the colonial associations of its old identity. These are some of the steps being taken to diversify and “decolonise” Dutch museums large and small.

A grassroots movement for cultural change in the Netherlands, which had been simmering for years before global protests against racism erupted in June, is now finding an institutional foothold. In March, a network of Dutch museums known as “Musea Bekennen Kleur” (Museums See Colour) was launched to advance diversity and inclusion. The 12 members included the Rijksmuseum, Rembrandt House, Stedelijk and Van Gogh museums in Amsterdam, the Van Abbemuseum in Eindhoven and the Centraal Museum in Utrecht, which first proposed the initiative.

Despite the Covid-19 lockdown, their number had grown by late June to 26, with a waiting list of 16 smaller museums, says the project co-ordinator Aspha Bijnaar, a Dutch-Surinamese educator and researcher. “There was an increased urgency from museums to participate”, she says, after a wave of anti-racism protests in Dutch cities.

Bijnaar is planning six “intense reflection sessions” this autumn where museum representatives will discuss diversity and inclusion in four areas: programme, audience, staff and partnerships. They will be advised by a group of experts from diverse backgrounds and professions “because we don’t want the sector to talk only to itself”, she says. Together, they will compile and sign a manifesto in early 2021 that is “not the end, it’s the beginning of our work”.

Longer-term plans include an international symposium, a national education programme for children aged 10-12 and annual reviews of the museums’ individual diversity targets. The project is estimated to cost €424,000, subsidised 40% by the Mondriaan Fund, a public grant-making body, and 60% by the museums, whose contributions will vary according to annual turnover.

The network was launched in tandem with the Rembrandt House Museum exhibition Here: Black in Rembrandt’s Time (extended until 6 September), but the museum’s director Lidewij de Koekkoek stresses: “It’s not about making exhibitions, it’s about changing our mindset.” The show was developed over four years as a “product of co-creation in every way”, she says, involving two guest curators, two designers, advisers and influencers connected to “the communities we want to reach”. The museum wants to integrate new research on the black residents of Rembrandt’s neighbourhood into a renovation of its permanent displays, and to invite community groups to organise their own events there, De Koekkoek says. 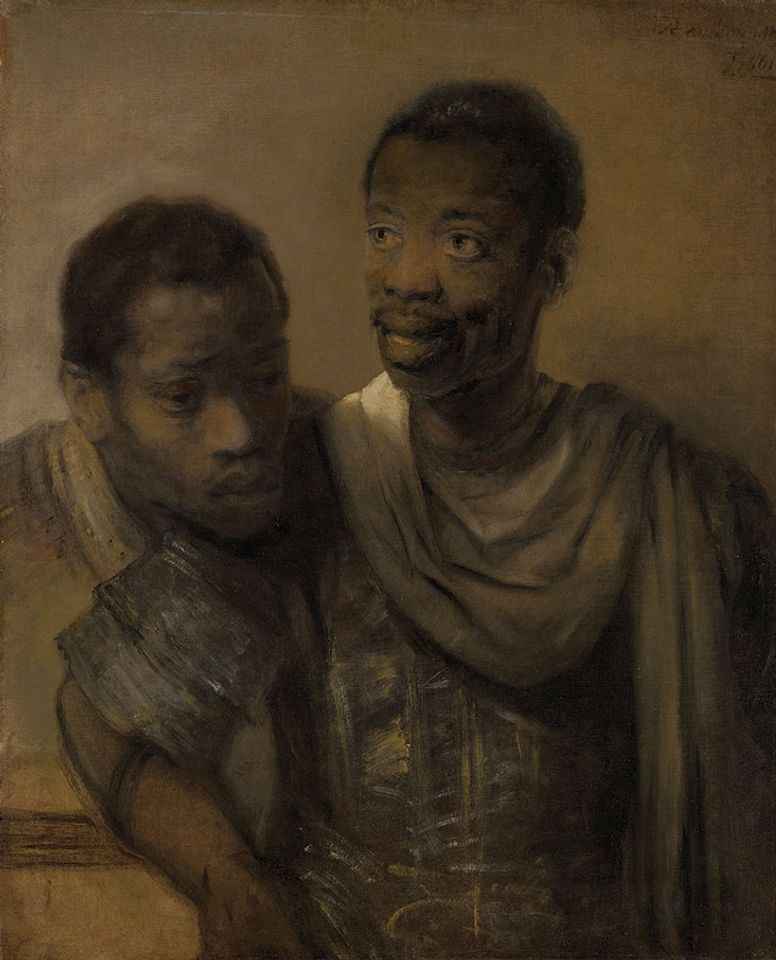 Rembrandt’s Two African Men (1661), which inspired new research on black figures in 17th-century art at the Rembrandt House Museum Courtesy of the Mauritshuis

Previously, museums may have opened up to new ideas but “they would make the exhibitions themselves”, says Stephanie Archangel, who was an educator at the Rembrandt House when she came up with the concept for the current show. “The question is: when will museums open up to curators of colour on a contract, in positions of power, who are able to make changes?” says Archangel, now a junior history curator at the Rijksmuseum. “I think you don’t decolonise until that has become normal to your institutions.”

The Dutch museum workforce is still overwhelmingly white. A recent survey by the newspaper NRC found that only six out of 231 “art-related executives” employed in 21 museums have a “non-Western migration background”. This equates to 2.6%, well below the estimated 14% that ethnic minorities represent in the Dutch population.

The Rijksmuseum sought experts with an Afro-Dutch background to shape its forthcoming Slavery exhibition (12 February-30 May 2021), director Taco Dibbits told NRC. The curatorial team of four includes Archangel and Valika Smeulders, a specialist in slavery history and its presentation in museums, who was promoted to lead the history department from 1 July. The curators also consulted a diverse external panel of scholars and community leaders.

“We are not working on the exhibition from an ivory tower,” Smeulders says. Mindful that some visitors may be unfamiliar with colonial history or new to the museum, the curators are anchoring the narrative to ten historical figures, including enslaved people, slaveholders and people who resisted the system. The audio guide will be narrated by speakers with a “personal link” to those figures, Smeulders says, immersing visitors in the “emotional, human experience” of slavery.

She hopes the exhibition will encourage museums “that might have been hesitant or had questions” about how to tackle a sensitive subject. The challenge is to re-interpret collections that “have not been built to show the social history of the slavery past”, Smeulders says. Running parallel with the exhibition, a selection of objects in the Rijksmuseum’s permanent displays will gain new labels highlighting their invisible connections to Dutch colonialism. In a painting of Amsterdam’s most prestigious canalside homes, for example, “you don’t see enslaved people, you see wealth.” 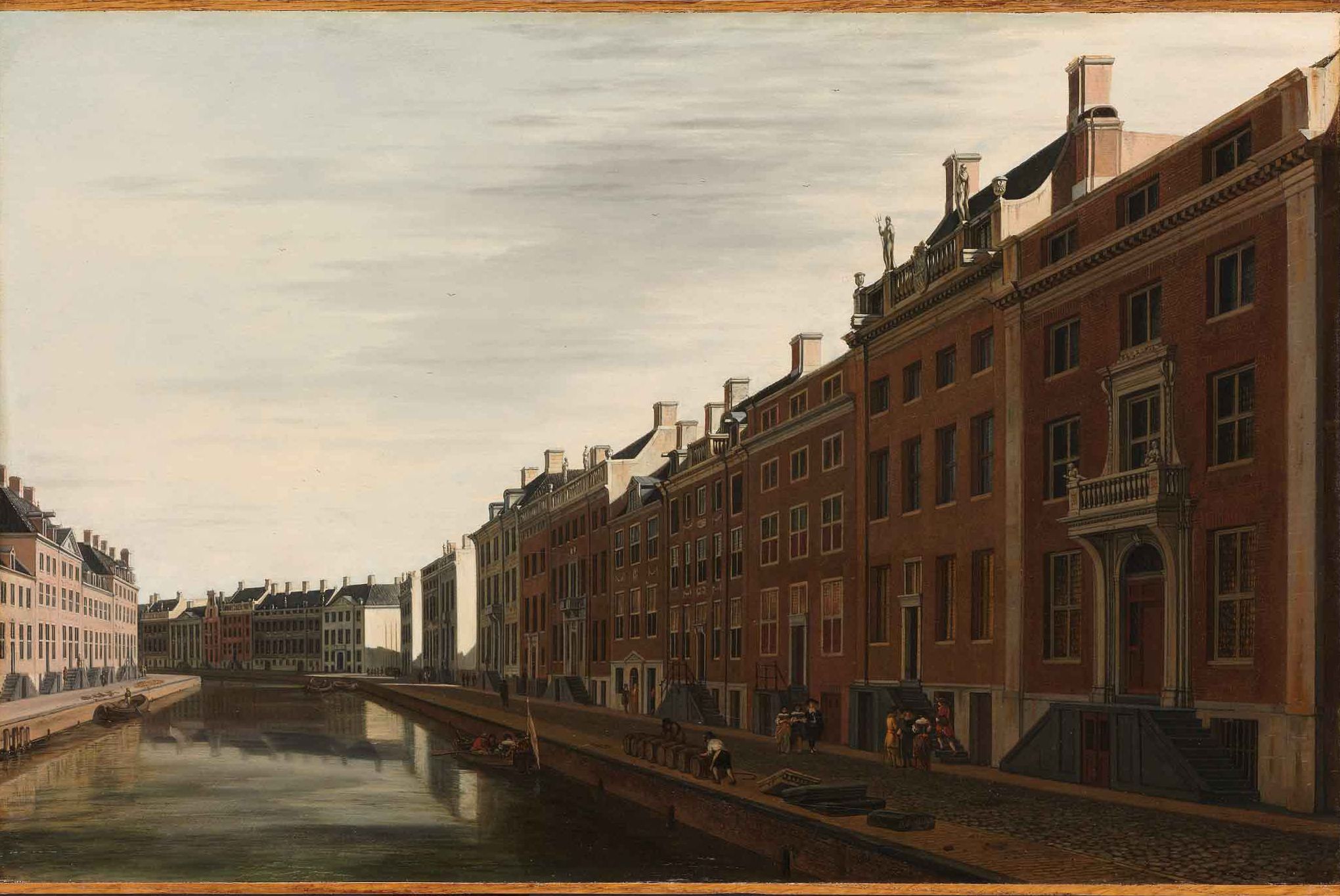 Gerrit Berckheyde's 1672 painting of the "Golden Bend" in the Herengracht, Amsterdam's most expensive canalside properties © Rijksmuseum

Many Dutch museums were established in the 19th century when colonialism was still at its height, as were public monuments and street names that “celebrate people we would no longer want to celebrate”, notes the historian Dienke Hondius, who leads the Mapping Slavery research project at Vrije Universiteit Amsterdam. “There’s a whole history to come to terms with.”

Contemporary art museums are confronting their own historic omissions and biases. In a recent statement expressing solidarity with the Black Lives Matter movement, the Stedelijk Museum pledged to “address and dismantle institutional racism”. The museum joined the Musea Bekennen Kleur network because “the issue is too important not to collaborate”, says its director Rein Wolfs, but he warns against superficial “window dressing”. The Stedelijk’s autumn show of the 20th-century Surinamese School will not be marketed as an “exhibition of colour”, he says, because “it’s an exhibition about painting”.

Wolfs has appointed two “curators-at-large”, Yvette Mutumba and Adam Szymczyk, to shake up the Stedelijk’s exhibitions, collection displays, research, publications and public programmes over a two-year period. As outsiders who will visit the museum periodically, they have the freedom to “be critical” and suggest “corrections for the institution”, he says.

The Stedelijk will also dedicate at least 50% of its acquisition budget to buying works by artists of colour and non-Western artists from 2021 to 2024. “Measurable action is something that museums need desperately,” Wolfs says. He accepts the critique, however, that communities of colour should be given a vote in those spending decisions, otherwise “we are still the same white people buying these new works”.

Charles Esche, the director of the Van Abbemuseum, has run a politically engaged and “decolonial” programme for more than a decade. The museum was awarded a prize for cultural diversity in 2006 from the Mondriaan Fund for a two-year project interrogating Dutch national identity. But Esche concedes that art museums have been “negligent” when it comes to diversifying their staff and audience. “That’s the painful hard work that decolonising has to include,” he says.

Community outreach is the key to the “structural change” envisioned by director Sofía Hernández Chong Cuy at Rotterdam’s former Witte de With Centre for Contemporary Art. She joined in January 2018 with a mandate for change, after artists and activists argued in an open letter that a name referring to a colonial-era naval officer, Witte Corneliszoon de With, compromised an outwardly inclusive and critical programme. 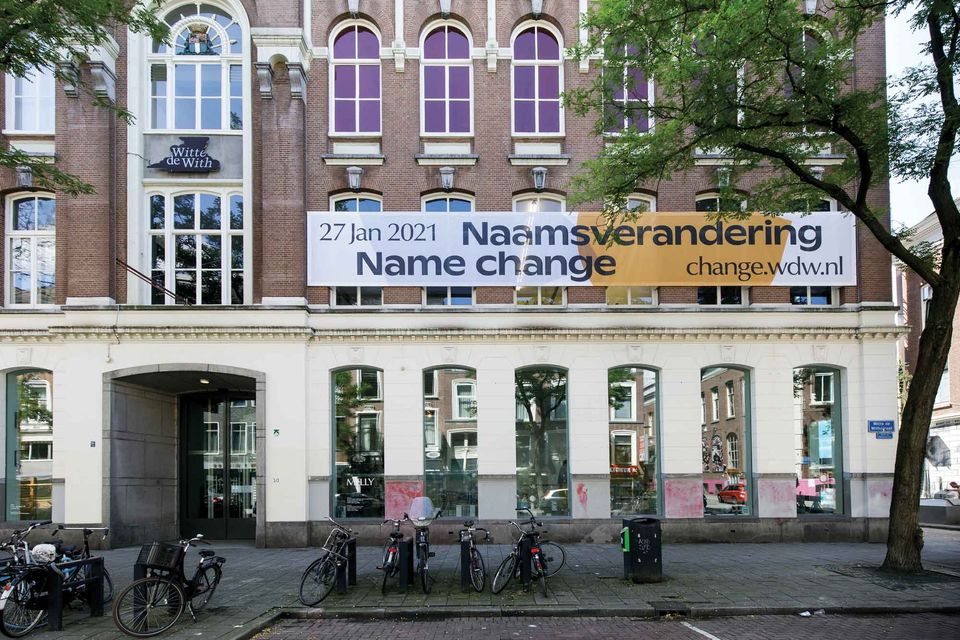 The Rotterdam art centre formerly known as Witte de With, a name that referred to a colonial-era Dutch naval officer, is calling on the public to help it choose a new name Photo: Aad Hoogendoorn

A new name will be adopted in January 2021, following an online survey and a series of open discussion events this September. But after the building was vandalised with red paint during anti-racism protests, the centre formally withdrew “Witte de With” from its façade, letterheads and social media channels. Hernández Chong Cuy says the paint marks will not be cleaned immediately, as a reminder of the pending name change and the debate over “dissonant heritage”. The centre added a sign inviting the public to participate in the decision-making process for a new name.

The debate is still “polarised”, Hernández Chong Cuy says, between the old name’s defenders and critics who say change is overdue. But only now, after years of cultivating new audiences and partners locally, is the centre ready to choose a new name collectively, she thinks. She cites earlier initiatives to establish a diverse youth programme, offer tolerance training to staff, and use more welcoming language for visitors unfamiliar with contemporary art.

“Black Lives Matter has a mission to register black voters. It’s a specific action of participation, and for us it’s the same,” she says. “Once you have a much more diversified base, priorities and values, then you’re really talking about diversity.”