The exhibition brings together museum-quality pieces, most consigned by US collectors 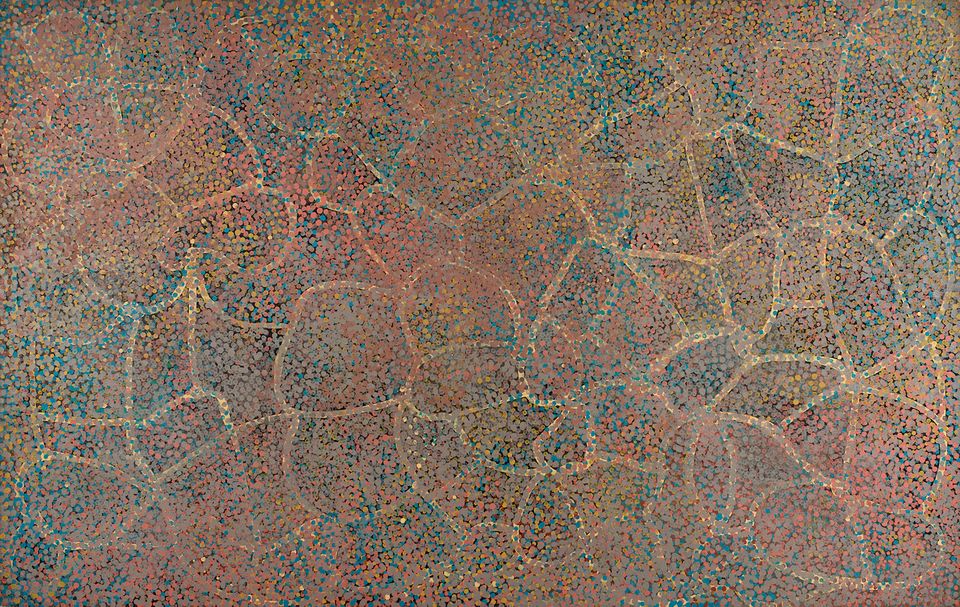 The most comprehensive exhibition devoted to the late Australian indigenous painter Emily Kame Kngwarreye in more than two decades will open at the High Line Nine in New York next month (5-21 March). The show comprises 17 works by Kngwarreye, celebrated for her kaleidoscopic compositions that evoke the spirituality and artistic traditions of Utopia, her native desert community in Central Australia.

Davidson, previously the head of Aboriginal art of Sotheby’s Australia and Mossgreen Auctions, launched an advisory business focused on Australian indigenous art in Melbourne in 2015. “When I set up the business, the international market amounted to around 20% of the trade, but, over the last 18 months, the international market, which is predominantly US-based, amounted to around 80% of my market,” he says. “This year, although it’s early on, all sales have been in the US.”

More Americans are getting interested in indigenous Australian art, Davidson says, and most of the works in the exhibition have been consigned by US collectors. “While there may be reasons for this shift in the market—Sotheby’s reviving the category in the US is one and the combination of Steve Martin’s collection and Larry Gagosian is another—the reality is that the reason why the work is once again being noticed is the work itself. If it wasn’t as strong as we all know that it is, it certainly wouldn’t be getting the traction that it is today.” 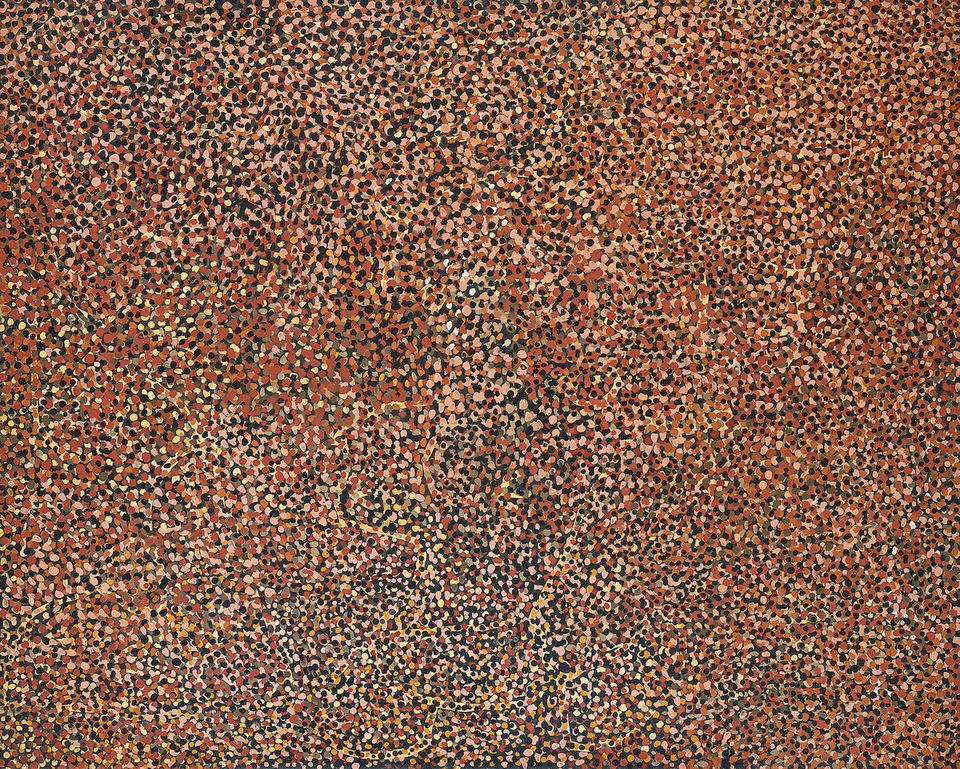 The exhibition brings together “museum-quality works from Kngwarreye’s most significant periods”, according to Luke Scholes, the curator of Aboriginal art and material culture of the Museum and Art Gallery of the Northern Territory. Some pieces were shown in the 2008 retrospective Utopia: The Genius of Emily Kame Kngwarreye, which travelled from the National Museum of Australia to two Japanese museums, the National Museum of Art in Osaka and the National Art Center in Tokyo.

Last November, Sotheby’s held the first Aboriginal art sale held outside of Australia or Europe and concurrently exhibited the works with its contemporary art sales, capitalising on an “ideal crossover market”, Timothy Klingender, the auction house’s senior consultant of Australian art, said in a previous interview. The sale netted $2.8m with fees, led by Kngwarreye’s Summer Celebration (around 1910-1996)—a vibrant masterwork that realised $596,000 (est $300,000-$400,000).

The painting Earth’s Creation I (1994)—a work shown in the Venice Biennale in 2015—set Kngwarreye’s auction record in 2017 at $1.6m, also setting the record sale price for an Australian woman artist. The Sidney auction was organised by the companies Fine Art Bourse and Cooee Art Marketplace; in a previous interview, Adrian Newstead, the director of the Cooee Art Gallery, said that the painting had been granted an export permit, implying that the work was sold abroad.