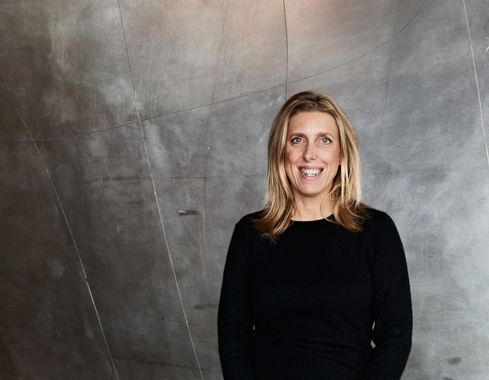 Emma Lavigne has been appointed the chief executive officer of the Pinault Collection, replacing Jean-Jacques Aillagon. Lavigne comes into the Pinault fold from the Palais de Tokyo in Paris, which she ran for the past two years. She will manage the new site of the Bourse du Commerce in Paris and oversee Pinault’s museums in Venice, as well as the collection and exhibitions, according to Aillagon who will stay on as an advisor to the French billionaire collector. One of her first tasks will be the new hanging for the Bourse du Commerce, which should begin next winter. Bruno Racine remains the director of both Venetian museums.

The appointment follows the departure of Aillagon’s deputy Martin Béthenod who was in charge of opening the new venue in May following months of delays due to to the pandemic. Béthenod applied for the position of chair of the Pompidou Center, which went to Laurent Lebon, the former director of the Picasso Museum. According to a source close to Pinault, Béthenod wanted to “make a new start” after 12 years of collaboration.

Lavigne tells The Art Newspaper she is thrilled “to take care of the trilogy founded by François Pinault but also one of the most important art collections in the world.” The Palais de Tokyo is an exhibition centre without a permanent collection, something she was missing as a curator. Lavigne and Pinault came into closer contact during the preparation of Anne Imhof’s current sweeping exhibition at the Palais de Tokyo, which apparently impressed him and to which he lent several works by David Hammons. “I have the feeling that, with Jean-Jacques Aillagon too, Mr Pinault and I share the same values of cultural democratisation, the opening of the collection through exhibitions, loans and collaborations with French public institutions,” she says.

For the past decade, Lavigne has been the rising star of the contemporary art scene in France, widely acclaimed for her shows and greatly appreciated by artists and fellow curators for her empathy and integrity. Starting as a curator at the Cité de la Musique and the Pompidou Center, she organised stunning exhibitions in Paris and Montreal on music—which has always been a reference point in her work—on Jimmy Hendricks, Andy Warhol, John Lennon and Yoko Ono. In 2011, she co-curated a major show on modern dance and arts at the Pompidou. In 2014, she became director of the Pompidou Center in Metz. In 2015, she curated the French pavilion at the Venice Biennale with the French artist and musician Céleste Boursier-Mougenot.

At the Palais de Tokyo she was responsible for raising 60% of the budget (the centre was one of the worst-hit by the Covid 19 crisis). A tireless and committed professional Lavigne was at the forefront of protests against the closure of cultural venues, which were shut down for almost a year in France.